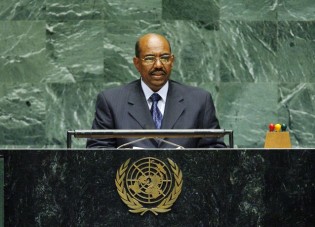 By Thalif Deen
When world political leaders arrive next week for the annual ritual of addressing the United Nations, they will be speaking inside a newly renovated General Assembly hall - part of a hefty 2.1-billion-dollar, seven-year refurbishing project - with an extended seating capacity for 204 member states, 11 more than the current 193.

By Jim Lobe
Like the proverbial skunk at the garden party, Israeli Prime Minister Benjamin Netanyahu used his turn at the podium at the U.N. General Assembly Tuesday to pour scorn on Iran’s new president, 96 hours after a smiling Hassan Rouhani departed New York after a momentous four-day stay that raised unprecedented hopes for détente with the United States and the West.
Next Page »
ADVERTISEMENT ADVERTISEMENT