This is the first in a series of articles on the U.N. turning 70 this year. Jayantha Dhanapala is a former Ambassador of Sri Lanka to the U.N. Office in Geneva 1984-87; Director of UNIDIR,1987-92; and U.N. Under-Secretary-General for Disarmament Affairs 1998-2003.

COLOMBO, Sri Lanka, Mar 28 2015 (IPS) - U.N. anniversaries are occasions for stocktaking – not all of it positive. But there is a lot of good that the U.N. has done and is doing and there are many good, dedicated people working silently but effectively within the U.N. system where I have also worked for a part of my long diplomatic career.

It is however, sadly, not always the moral compass of humankind such as when raisons d’etat dictate the U.N. Security Council resolutions to maintain international peace and security and vetoes frustrate the search for a wise consensus. 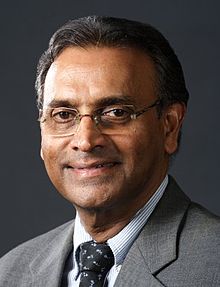 The Intellectual History Project of the U.N. led by Sir Richard Jolly and others has documented the ideas launched by the U.N. system in the area of economic and social development alone.

It is a glimpse of the remarkable vision and creativity of the founders of the U.N., which must remain to inspire us and guide us. It shows how the U.N. in its economic and social development work – especially through its specialised agencies – has often been significantly ahead of governments, academia and other international institutions that later adopted its ideas. The capacity to generate these ideas must continue.

As the U.N. Intellectual History Project stated in 2001 “Ideas matter. People matter”- and ideas that benefit the peoples of the United Nations matter the most. The U.N. is uniquely situated to be a vanguard of global public opinion.

Transcending individual state-centred approaches, the U.N. can take a synoptic view of issues highlighting a multilateral perspective with global interdependencies clearly delineated. And because these synoptic views are based on consensus, broader public acceptance is made easier.

Whether it is a group enjoying the power of the purse or the power of the majority, we need to allow the equilibrium to remain as difficult as it may be. To upset it is to unravel the Charter.

Over the seven decades of the U.N.’s existence we have seen many successes although major challenges remain. The achievement of the decolonisation of scores of Asian and African countries; the focus on human rights and its mainstreaming in international relations; the emphasis on environment and sustainable development; on gender issues and the shaping of a co-ordinated response to globalisation, to terrorism, climate change and other global challenges like HIV/AIDS are some of them.

At the same time the U.N. has been engaged in the prevention of conflict and, where conflict has broken out, in peacekeeping, peacemaking, peace building and disarmament.

This is truly a collective achievement. But it also derives from a value base of the organisation. Legitimacy and universality are the two pillars of the U.N. Beginning with the Charter which sets out the purposes and principles of the U.N. in Chapter 1 there has also been an ethical foundation built over the years.

The Millennium Declaration adopted in September 2000 identified the shared values of the U.N. community as Freedom, Equality, Solidarity, Tolerance, Respect for Nature and Shared Responsibility.

No change can affect these values, which represent powerful forces motivating humankind through history. They provide what might be called the collective legitimation of the U.N. helping the global body to build a normative structure.

They have been the accelerators of human progress and the benchmarks for assessing the performance of the U.N. The U.N. is not merely a platform or a forum. It is a depository of values and ideals and an incubator of ideas. It has to generate new thinking constantly and for this an effective Secretariat is essential.

There has also been a consensus established that the core areas of the U.N.’s work are in peace and security, human rights and development and that all three of these areas are interconnected and interlaced so that you cannot have one without the other. The budget of the U.N. must reflect this for the U.N.’s institutions to function effectively.

There is another guiding principle that must remain with us as we change the U.N. to make it a more effective vehicle of multilateral action. I am deeply convinced that the architects of the U.N. wisely built into the organisation an indispensable equilibrium amongst the principal organs of this world body benefiting from the experience of the League of Nations.

Thus while the General Assembly functions as the Parliament of Nations based on the democratic principle of the sovereign equality of nations (Article 2:1) making recommendations on a wide range of issues and approving the budget, it is the Security Council that acts on behalf of the U.N. members in its primary responsibility for the maintenance of international peace and security using the powers vested in it under Chapter VI – Pacific Settlement of Disputes – and Chapter VII – Action with Respect to Threats to the Peace, Breaches of the Peace, and Acts of Aggression.

The current debate on U.N. reform has been seriously complicated by deep-seated concerns that, under the guise of reform, attempts are being made to change the equilibrium that is inherent in the Charter. The need for change is recognised.

That however should not be an occasion for a struggle for power over the organisation by one group of countries over the other. Whether it is a group enjoying the power of the purse or the power of the majority, we need to allow the equilibrium to remain as difficult as it may be. To upset it is to unravel the Charter.

Another important principle that has to be observed in implementing change is the need for equity as far as the member states are concerned. Changing the U.N. is not the object of one country or group of countries. It is the collective wish of the entire membership and consensus documents vouch for this.

Change must therefore benefit all countries. It is for the purpose of making the U.N. deliver public goods in a more efficient and effective manner. If changes are perceived as being asymmetrical in the benefits they will confer on the member states they will be controversial, as indeed some of them have been.

Often the problem is in the perception and that arises from the atmosphere of mistrust that prevails among the groups notably between the developing and developed countries.

Urgent confidence-building measures are necessary and they can be designed and led by a group of middle ground countries that enjoy the trust of all member states.