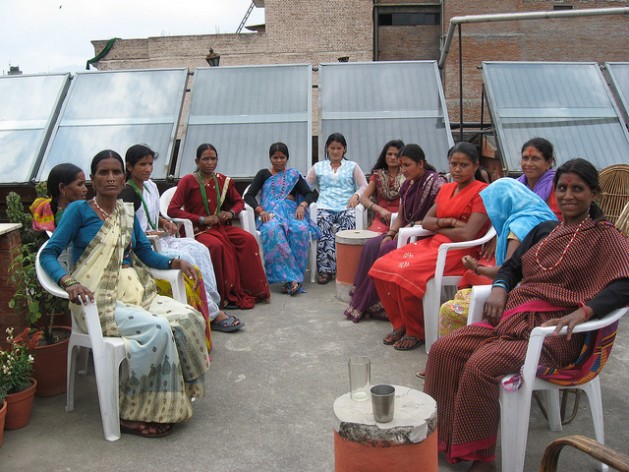 UNITED NATIONS, Jun 5 2015 (IPS) - The United Nations has expressed confidence that the Asia-Pacific region, with almost five million people living with HIV, is politically committed towards the elimination of the deadly disease AIDS.

Michel Sidibé, executive director of UNAIDS, said the Asia-Pacific region is moving the world forward into new frontiers of development.

"Our region has broken many barriers and saved countless lives, showing how developing countries can share responsibility, cooperate and take the lead in ending AIDS." -- Dr. Shamshad Akhtar

“You have all the right tools in your hands, beginning with political commitment. I challenge you to be the first region to end the AIDS epidemic,” he told a meeting in Bangkok.

According to the latest figures, new HIV infections have declined since 2001 and more than 1.6 million people were receiving anti-retroviral treatment by June 2014.

At the 71st session of the U.N. Economic and Social Commission for Asia and the Pacific (ESCAP) in the Thai capital Friday, political leaders and high level officials from 50 countries and territories in the region endorsed the Report of the Asia-Pacific Intergovernmental Meeting on HIV and AIDS.

The new framework identifies three areas of action. The first area is supported by ESCAP and focuses on continuing national reviews and consultations to address legal and policy barriers for ensuring universal access to HIV prevention, treatment, care and support.

The second area calls for national reviews and consultations on ensuring access to affordable drugs and medicines.

The third area promotes the development of national HIV investment cases and plans to ensure sustainable financing of the AIDS response.

Addressing the meeting, Dr. Shamshad Akhtar, U.N. Under-Secretary-General and Executive Secretary of ESCAP, said “less than halfway through 2015, with renewed vigour, governments at the highest level have committed to meet [several] regional challenges, [including that] of HIV and AIDS.”

“Our region has broken many barriers and saved countless lives, showing how developing countries can share responsibility, cooperate and take the lead in ending AIDS,” he added.

Frank Bainimarama, the prime minister of Fiji and chair of the 71st session, said: “The framework is a road map for countries on how best to accelerate their efforts in the HIV response. It will help shape the future of the HIV response in the Asia-Pacific region beyond 2015.”

In the past 10 years, at least 56 countries have either stabilised or reduced new HIV infections by more than 25 percent, according to the United Nations.

Globally, new HIV infections have been reduced by nearly 20 percent and new HIV infections among babies have dropped by 25 percent—a significant step towards achieving virtual elimination of mother-to-child transmission of HIV by 2015.

In 2011, the world commemorated 30 years of AIDS and the AIDS response.

In June 1981, scientists in the United States reported the first clinical evidence of a disease that would later become known as acquired immunodeficiency syndrome or AIDS.

Its cause, the human immunodeficiency virus (HIV), was identified in 1983.

And according to the United Nations, 30 years later the AIDS epidemic has spread to every corner of the world and more than 60 million people have been infected with HIV.