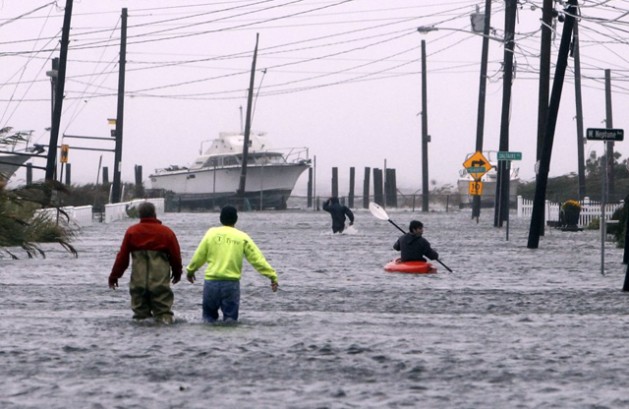 NEW YORK, Jul 28 2015 (IPS) - Although four in 10 adults have never heard the phrase “climate change,” many are aware that something is amiss with local weather patterns, a new survey covering 119 countries has found.

Published in the scientific journal Nature Climate Change, the study based on Gallup poll results found that worldwide, a person’s level of education is the single strongest predictor of climate change awareness.

And understanding that the problem is “anthropogenic” – caused by humans, rather than being a naturally occurring phenomenon – increases the personal perception of risk.

This was particularly true in Latin America and Europe, whereas perception of local temperature change was the strongest predictor in many African and Asian countries.

It found that awareness of the problem was very uneven. Two-thirds of people in Egypt, Bangladesh and Nigeria, for instance, had never heard of climate change, while in North America, Europe, and Japan, more than 90 percent of the public is aware of it.

This highlights the need to develop tailored climate communication strategies for individual nations, the study says. It suggests that improving basic education, climate literacy, and public understanding of the local dimensions of climate change are vital to public engagement and support for climate action.

“If you don’t know you’re at risk, you’re even more at risk because you can’t possibly be taking the actions to prepare,” Anthony Leiserowitz, director of the Yale Project on Climate Change Communication, told Time.

In the United States, the study found the political party affiliation and ideology were also strong predictors of views on climate change.

“[For Americans] just having higher education does not mean that you understand or accept the science,” Leiserowitz said. “[Americans] who have attained higher education are better at cherry picking evidence that seems to validate what we already believe.”

But the deniers may be in for a wake-up call. The same issue of Nature Climate Change also warned that a triple threat of sea-level rise, storm surges, and heavy rainfall pose an increasing risk to residents of major U.S. cities including Boston, New York, Houston, San Diego, and San Francisco.

With nearly 40 percent of the U.S. population residing in coastal counties, the paper warns, “[i]mpacts of flooding in these usually low-lying, densely populated, and highly developed regions, can be devastating with wide-ranging social, economic, and environmental consequences.”

A World Bank study two years ago warned that by 2050, flood damage in the world’s coastal cities could reach a trillion dollars a year as sea levels rise and global warming triggers more extreme weather.

More than 40 percent of these costs could fall upon just four cities – New Orleans, Miami and New York in the U.S. and Guangzhou in China.

Andrea Thompson of Climate Centrals explains it this way: “The wall of ocean water that the winds of a storm system, such as a hurricane, can push in front of it can combine with heavy rains to exacerbate flooding in two ways: Either the rainfall inland can ramp up the severity of the surge-driven flooding, or the surge can elevate water levels to the point that gravity-driven flow of rainwater is impeded, causing that water to collect in streets and seep into homes.”

New York City – along with two dozen U.S. states and island nations in the Caribbean – already experienced the catastrophic damage such extreme weather can inflict, when Hurricane Sandy hit in 2012. It flooded streets, tunnels and subway lines and cut power throughout the city. Damage in the United States alone amounted to 65 billion dollars.

Thomas Wahl, a postdoctoral researcher at the University of South Florida and author of the Nature flood study, said it was “just a starting point” and that he hoped it will prompt city planners and engineers to begin factoring such events into their disaster management plans.