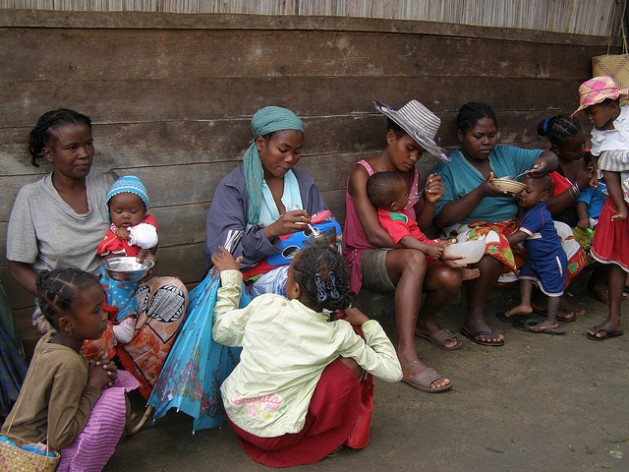 UNITED NATIONS, Jul 30 2015 (IPS) - The global population has now reached 7.3 billion. In the last 12 years, the world has added approximately one billion people, and in the next 15 years this is expected to occur again.

The United Nation’s new global and regional population estimates and projections entitled “World Population Prospects: The 2015 Revision” predicts the population will reach 8.5 billion in 2030, a further 9.7 billion in 2050 and 11.2 billion by 2100.

Nine per cent of the world’s population lives in the 21 “high-fertility” countries, where the average woman would have five or more children in her lifetime. Of these 21 countries, 19 are in Africa and two are in Asia.

It is estimated that over half of this population growth will occur in Africa  – even if there is a substantial reduction of fertility levels which population growth is highly dependent on. Africa also has the highest adolescent birth rate: 98 out of 1,000 women.

Africa will “play a central role in shaping the size and distribution of the world’s population over the coming decades,” says the report.

In the 48 least developed countries (LDCs), of which 27 are in Africa, the population is projected to double or even triple in most of the countries. Countries which are predicted to increase at least five-fold by 2100 include Angola, Burundi, Democratic Republic of Congo, Malawi, Niger, Somalia, Uganda, Tanzania, and Zambia.

The least developed countries are much less likely to develop unless the challenges of population growth are properly dealt with, it says.

The concentration of population growth in the poorest countries makes it harder for their governments to “eradicate poverty and inequality, combat hunger and malnutrition, expand education enrollment and health systems, improve the provision of basic services and implement other elements of the post 2015 sustainable development agenda.”

In least developed countries, steep reductions in fertility are expected. The goal is for women and families to achieve their desired family size by investing in reproductive health and family planning.

The report stresses the necessity of ensuring reproductive health, access to accurate information and the safe, effective, affordable and acceptable contraception method of their choice is necessary, according to the United Nations Population Fund. Women’s lack of support from their partners or communities is also a deterrent, and it is common for family planning to be discouraged.