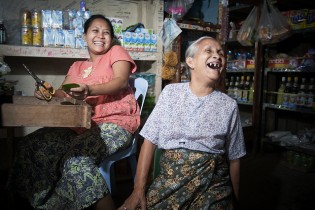 By Tharanga Yakupitiyage
While populations have seen and undergone changes since the beginning of time, one trend in particular is unfolding across the world: less children, older people. In an effort to tackle the complex issue in Asia, government officials are convening to help create a sustainable society where no one is left behind.

By Aruna Dutt
The global population has now reached 7.3 billion. In the last 12 years, the world has added approximately one billion people, and in the next 15 years this is expected to occur again.

By Joseph Chamie and Barry Mirkin
As the world marks the 25th anniversary of the fall of the famous Berlin Wall leading to the reunification of the country and the end of the cold war, a little noted event occurred nearly two decades before the fall that ushered in a trend having profound consequences for the future of Germany as well as for Europe:  German births declined below deaths.

By Jacey Fortin
Not far from the headquarters of the United Nations Economic Commission for Africa (UNECA) in Ethiopia's capital city of Addis Ababa, a young woman named Bosena, 25, sits on the side of a busy road with a baby in her arms.

By Catherine Wilson
City and health authorities in the Solomon Islands, located in the southwest Pacific Ocean, are calling for effective and consistent urban waste management as they battle to control a serious outbreak of dengue fever, the world’s fastest spreading vector-borne viral disease, which was identified in the country in February.
ADVERTISEMENT ADVERTISEMENT