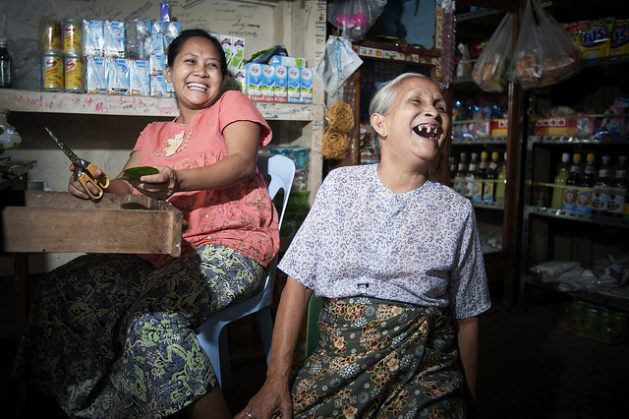 UNITED NATIONS, Jun 20 2018 (IPS) - While populations have seen and undergone changes since the beginning of time, one trend in particular is unfolding across the world: less children, older people. In an effort to tackle the complex issue in Asia, government officials are convening to help create a sustainable society where no one is left behind.

In Mongolia’s capital of Ulaanbaatar, 40 Members of Parliament (MPs) are gathering to discuss sound policy approaches to population issues such as ageing and fertility transition which threaten the future of many Asian nations.

“This is an essential step to mitigating the impact of ageing on social systems and structures to achieve SDGs (Sustainable Development Goals),” the UN Population Fund (UNFPA) Mongolia’s Director Naomi Kitahara told IPS.

By 2030, Asia could be home to over 60 percent of the total population aged 65 years or older worldwide, consulting group Deloitte calculated.

According to the UN Economic and Social Commission for Asia and the Pacific (ESCAP), East and Northeast Asian countries have the largest such population, accounting for 56 percent of all older persons in the Asia-Pacific region and 32 percent in the world.

Not only is the scale of population ageing in Asia unprecedented, but so is its speed.

In France, the percentage of older people grew from 7 percent to 20 percent in approximately 150 years. However, the same demographic shift was seen in Japan within just 40 years.

Kitahara particularly pointed to Japan’s case as a prime example of population issues and their repercussions.

With fewer children and young adults, a vicious cycle is set in motion: a smaller labor force and spending decreases which weaken the economy and discourage families from having children, which then weakens the economy further.

“Without the younger generation, this system will not be able to maintain,” Secretary-General of the Asian Population Development Association (APDA) Dr. Osamu Kusumoto told IPS, highlighting the importance of fertility research.

“High fertility and extremely low fertility may harm the society,” he added.

This means less revenues and higher expenditures for the government, and when the number of older persons grows faster than the working-age population, there are less funds for pensions and social security, thus creating an even weaker economy.

As many Asian countries are expected to follow in Japan’s footsteps, the parliamentarian gathering seems come at a critical juncture.

“This meeting gives countries the opportunity to learn from Japan’s current challenges, as well as successes…[it] provides an opportunity for other countries to share their experience,” Kitahara said.

And it is no coincidence that the meeting is taking place in Mongolia.

Mongolia, unlike many other Asian nations, has had a stable fertility rate of 3.1 and a slowly ageing population of 6 percent. This is in large part due to its population policies which have allowed for not only population growth, but also economic growth.

For instance, the recently approved Youth Development Law supports young Mongolians’ needs in relation to the economy, employment, health, and education including through the Youth Development Fund which provides access to development fund opportunities.

The new policy has also led to the establishment of youth development centers across the country which focus on skills development, helping young people grow into resilient and self-sufficient adults.

The East Asian nation is among the few countries in the region to have a law designated specifically for young people.

However, more must be done in Mongolia, Kitahara noted.

“To achieve the SDGs by 2030 Mongolia must give more attention to social and demographic issues, as well as giving and spending budgets for social and environmental aspects of sustainable development,” she told IPS.

“For instance, there is not sufficient funding to meet the need for modern contraceptives, and this has led to increased unmet need for family planning and reduced contraceptive prevalence,” Kitahara added.

Despite having been one of nine countries in the world that achieved the Millennium Development Goal’s (MDG) maternal mortality reduction target, Mongolia’s maternal mortality rate doubled in 2016 largely due to state budget cuts and a lack of access to contraception.

The role of parliamentarians is therefore critical in not only making laws, but also providing state budgets and fiscal management, issues that are set to be discussed during the meeting in Ulaanbaatar.

Kitahara also emphasized the need to employ a human rights lens in population policies and programs, giving individuals and couples to choose when and how many children they wish to have.

In an effort to address its ageing population and a shrinking labor force, China is now considering abandoning its two-child policy which put a cap on a family’s size.

The controversial policy contributed to its uneven demographics as the East Asian nation predicts that approximately a quarter of the population will be over the age of 60 by 2030.

It has also led to a gender imbalance with over 30 million more men than women.

Kitahara highlighted the need to provide equitable access to quality family planning information and services, in line with the SDGs.

“The ability to have children by choice and not by chance transforms communities, lives and countries…by ensuring that the rights of women and girls are respected, and they have access to reproductive health information and services, including contraception and family planning,” she concluded.

Dr. Kusumoto echoed similar sentiments to IPS, stating: “Nobody should interfere in other’s lives, but a constructive healthy society is essential to future of each society.”

Organized by the Asian Population and Development Association (APDA), the “Strengthening the Capacity of Parliamentarians for the Achievement of the SDGs: Ageing, Fertility and Youth Empowerment” meeting is also supported by the UN Population Fund (UNFPA) and the International Planned Parenthood Federation (IPPF).