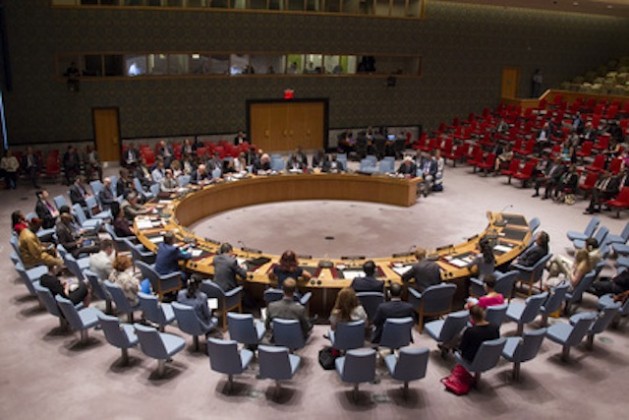 UNITED NATIONS, Aug 20 2015 (IPS) - With a staggering four in five Yemenis now in need of immediate humanitarian aid, 1.5 million people displaced and a death toll that has surpassed 4,000 in just five months, a United Nations official told the Security Council Wednesday that the scale of human suffering is “almost incomprehensible”.

Briefing the 15-member body upon his return from the embattled Arab nation on Aug. 19, Under-Secretary-General for Coordination of Humanitarian Affairs Stephen O’Brien stressed that the civilian population is bearing the brunt of the conflict and warned that unless warring parties came to the negotiating table there would soon be “nothing left to fight for”.

An August assessment report by Save the Children-Yemen on the humanitarian situation in the country of 26 million noted that over 21 million people, or 80 percent of the population, require urgent relief in the form of food, fuel, medicines, sanitation and shelter.

The health sector is on the verge of collapse, and the threat of famine looms large, with an estimated 12 million people facing “critical levels of food insecurity”, the organisation said.

In a sign of what O’Brien denounced as a blatant “disregard for human life” by all sides in the conflict, children have paid a heavy price for the fighting: 400 kids have lost their lives, while 600 of the estimated 22,000 wounded are children.

Aid groups say Monday’s bombing of the Houthi rebel-controlled Red Sea port by Saudi military jets has greatly worsened the risk of continued suffering, since the port served as the main entry point for shipments of humanitarian supplies.

In a statement published shortly after the airstrikes, Edward Santiago, Save the Children’s Country Director for Yemen, said, “We don’t yet know the full extent of the damage at Hodeida but we can’t lose a day; time is running out for Yemen’s children who are already at risk of starvation, disease, and abuse.”

He said there are already 5.9 million children going hungry, 624,000 displaced and about 7.3 million sick and wounded kids who are not receiving medical attention.

Even as civilians’ needs multiply, funding for the humanitarian response remains slow.

The United Nations Children’s Fund (UNICEF) said Wednesday its operations, too, are “grossly underfunded”; the agency has received just 16 percent of an urgent 182.6-million-dollar funding appeal.

The scale and rapid escalation of the conflict has much of the international community stunned. President of the International Committee of the Red Cross (ICRC), Peter Maurer, said after a three-day visit to Yemen earlier this month that he was “appalled” by the situation for civilians, which is “nothing short of catastrophic”.

Having witnessed the destruction first-hand he added in a press interview on Aug. 19, “Yemen after five months looks like Syria after five years.”

O’Brien described the southern port city of Aden as a “shattered” metropolis, “where unexploded ordnance litter the streets and buildings”; while the city of Sana’a is pock-marked with craters left by airstrikes.

While humanitarian groups struggle to provide life-saving supplies, human rights watchdogs say the combination of Saudi-coalition-led airstrikes from above and fighting between pro- and anti Houthi armed groups on the ground have put civilians in an impossible situation.

A new Amnesty International report documenting what the organisation calls a “gruesome and bloody trail of death and destruction” suggests that unlawful attacks by all parties may amount to war crimes.