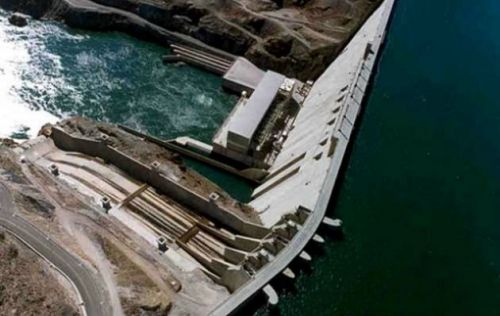 Model of one of the two dams under construction to harness the Santa Cruz river in the southern Argentine province of that name. The project is to cost five billion dollars, and 85 percent will be financed by China. It was granted to a consortium of Argentine and Chinese companies. Credit: Represas Patagonia

BUENOS AIRES, Feb 22 2016 (IPS) - Argentina’s new government is reviewing several major projects to be carried out jointly with China. But aside from a few changes in priorities, the administration is not expected to put the brakes on an alliance that Beijing classifies as strategic.

One of the campaign pledges of the conservative Mauricio Macri, who was sworn in as president on Dec. 10, was to revise or cancel agreements with China that he considered “lacking in transparency” or “secret”.

His centre-left predecessor, Cristina Fernández (2007-2015), signed a set of laws in March 2015 that gave rise to a framework agreement with China on economic cooperation and investment, strengthening relations between the two countries.

In his campaign, Macri and his associates lashed out harshly at the agreements with China. But after the excitement of the elections was over, the new government changed its tune.

“We can’t deny China’s weight in the world. It is not in Argentina’s interest to break with China,” said the new foreign minister, Susana Malcorra, describing their ties as part of “a balanced relationship with the world.”

In December, in fact, Macri used a currency swap deal (the exchange of principal and interest in one currency for the same in another) in effect with China since 2014, in the first measure he took to shore up Argentina’s foreign reserves.

And as his ambassador to Beijing he chose Diego Guelar, a diplomat who is considered one of the promoters of the alliance between China and Argentina.

“International pacts must be respected…Some believe that if we fail to honour our agreements with China, it will be well looked upon, quote unquote, by the United States and Europe,” Guelar said in an interview with the newspaper Perfil.

“But it’s quite the opposite: he who fails to honour some, does the same with others; that is, a reliable Argentina, which lives up to its international commitments and is loyal to its foreign partners, is a key factor in the credibility that we have to develop to the utmost,” he stressed.

China’s ambassador in Buenos Aires, Yang Wanming, pointed out that his country is the third-largest investor in Argentina, and that in the last five years, investments and merger and acquisition operations in Argentina have totaled 8.3 billion dollars.

Allowing these projects to go ahead “will set a good example for substantial China-Argentina cooperation in the future,” he said.

Apparently, pragmatism appears to have once more taken precedence over political rhetoric. 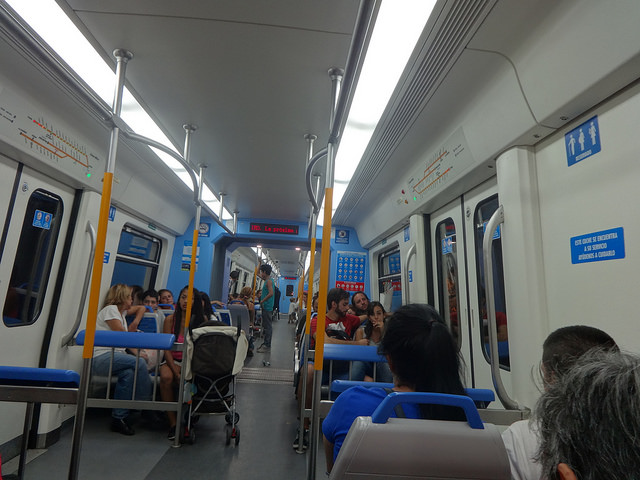 An inter-urban railway car in Buenos Aires on a line that connects the Retiro neighbourhood with Tigre, in the north of Greater Buenos Aires. These Chinese-made cars are part of trade and investment accords reached by the two countries in the railway industry. Credit: Fabiana Frayssinet/IPS

“Relations with China largely explain the years of economic growth after the 2001 crisis. Chinese investment in Latin America has grown significantly since around 2009,” Argentine academic Gonzalo Paz told IPS.

“The announcement that the accords would be reviewed was both a consequence of the election campaign and of the need for a thorough study of all of the issues in the relationship, and in particular of the megaprojects that were agreed in the final stage of the previous government,” he said.

Paz, an expert in relations between East Asia and Latin America at Georgetown University in Washington, D.C., believes Macri will try to expand ties with long-time partners like Italy and France, and get relations with the United States back on track.

“But a top global power like China must continue to be a key partner of Argentina,” he added.

In an interview with the Argentine-Chinese cultural magazine Dang Dai, Guelar announced that, in any case, he would review things that “were done badly or carelessly.”

“I believe the criticism of those projects will lead to changes, but not to a break in relations with China,” the director of Dang Dai, Néstor Restivo, co-author of the book “Everything you need to know about China” published by the Paidós publishing house, told IPS.

“In the future it will be essential to see what new areas of cooperation open up or what projects are developed. In other words it would be a serious mistake to only focus on the management of the projects that emerged in the previous stage, and to not have a proactive policy,” said Paz.

One of the most emblematic projects to be reviewed is the construction of the Néstor Kirchner-Jorge Cepernic Hydroelectric Complex in the province of Santa Cruz in Argentina’s southern Patagonia region, for a total investment of five billion dollars, 85 percent of which is to be financed by China.

In 2013, the contract for the project was granted to the Patagonia Dams consortium headed by the Argentine companies Hidrocuyo and Electroingeniería and the Chinese firm Gezhboua Group.

The complex, which includes the construction of two dams on the Santa Cruz river, will generate 1,740 MW of electricity, which is to cover eight percent of demand in this energy-strapped country once it has been completed in 2020.

Another megaproject, agreed in November, involves the construction of two nuclear plants – the fourth and fifth in the country – with a total investment of some 15 billion dollars. More than half of the parts in the plants are to be produced domestically, and 85 percent of the financing will come from China.

The agreement includes technology transfer from China and the joint exploration of third country markets.

“I don’t think there will be any backtracking in relations with China,” and the same is true with the hydropower plant, which has already begun to be built and whose contract was assigned in an international tender, Restivo said.

“It’s the biggest construction project that China is currently involved in outside of China…if the new government believes some irregularity was committed, it will continue forward on another track, but it is virtually impossible to think of stopping the project,” he said.

With respect to the nuclear plants, Restivo thinks there may be changes, based on the new government’s strategic energy plan.

“But letters of intent have been signed, and it wouldn’t look good to backpedal in relations with China, although everything is negotiable,” said the economist.

“The Chinese would protest if they were left out of what has already been signed, but they are flexible or pragmatic enough to see how to eventually compensate for a lost business deal,” he said.

The project whose future Restivo has the greatest doubts about is the one signed in August 2015 by the two governments for the upgrade of the freight rail network that links 17 of Argentina’s 23 provinces and belongs to the public railroad company Belgrano Cargas y Logística.

The agreement involves a first tranche of financing from China of 2.4 billion dollars, and a second of 2.47 billion, and foresees the transport of Argentine and Brazil agricultural products to Chilean ports on the Pacific ocean.

One of the casualties of the new government’s wave of dismissals of public employees was the payroll of the company Fabricaciones Militares, which had been commissioned to build some 1,000 rail cars, with more than 80 percent nationally-made parts – a key component in the reconstruction of the local railway industry.

“It’s quite possible that now we won’t be able to count any more on the part that interests me the most – for agreements with China to industrialise Argentina and not only serve Chinese interests,” Restivo said.

Above and beyond these uncertainties, ambassador Yang Wanming hopes for more: “To promote a higher level in the strategic integral alliance” between Beijing and Buenos Aires.