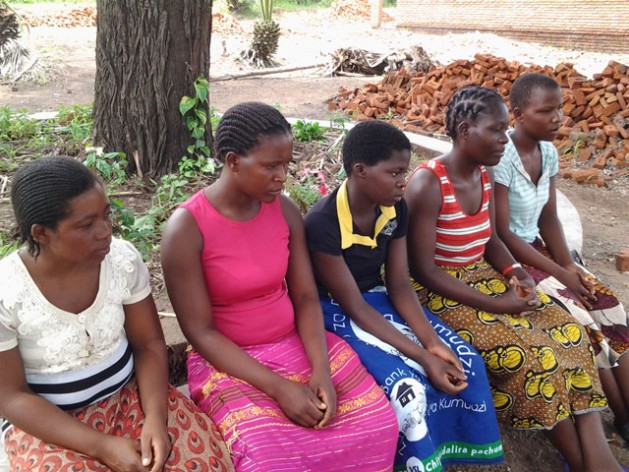 Malawian girls like these are the most affected by unsafe abortions. Credit: Charity Chimungu Phiri/IPS

BLANTYRE, Malawi, Apr 27 2016 (IPS) - Malawi considers itself ‘a god fearing nation’ so much that any act ‘out of the ordinary’ is said to be either satanic, a sin or demonic. Even a drink or a walk could be satanic in the country if you are not careful!

Not surprisingly, therefore, recent calls to liberalise abortion have been met with condemnation from most of the public. The abortion issue has become a battle ground for ordinary Malawians, the government, rights activists and the church.

Abortion is currently illegal in Malawi: section 243 of the penal code only allows the termination of pregnancy where it is necessary to save the life of the mother. Offenders face a 14 year prison sentence.

But this could change soon, following a two year review of the current law by a special law commission. The group is in the process of publishing a Termination of Pregnancy Bill (or Abortion Bill) to present it to Parliament for debate and approval.

The Bill seeks to allow termination of pregnancy if it poses a danger to the woman’s physical and mental health and also where it is a result of rape, incest or defilement, or when there are foetal abnormalities.

However, the church is saying no to any type of abortion saying it is sinful and ungodly. The politicians, for their part, are so far presenting a united front in pushing for the liberalisation of abortion to reduce the maternal mortality rate( 634 out of 1000 women) and also costs in the health sector ( roughly at least US$1 million is spent per year).

But the reality on the ground is that people, especially the youth, are having abortions because of casual sex.

Two-thirds of the Malawi population is under the age of 25, according to the population reference bureau, a situation resulting from the country’s sustained high fertility (5.7 births per woman) in the last 20 years.

Government statistics indicate that about 70 000 women have abortions annually with over 33 000 procuring unsafe methods resulting in deaths of 17 women out of every 100. Out of these, 60 per cent are between the ages of 14 and 25.

“You see this is a national interest issue because every single day a woman somewhere is having an abortion whether at an ‘herbalist’ or private clinic. Now this burden is being transferred on us health workers to treat these people,” said Edwin Gondwe, senior clinical officer at the Zomba Central Hospital in the southern part of Malawi.

More than 55 organisations under the Coalition for the Prevention of Unsafe Abortion (COPUA) are fighting for the Bill to pass in Parliament. COPUA chairperson, Godfrey Kangaude, told IPS that the stigma associated with abortion is still a thorny issue. “We still have a long way to go to reach out to constituents because of the stigma associated with abortion, but also because of gender inequality,” he said.

In this whole issue, however, the woman has not been given a chance to come out in the open to say why one would reach a decision to abort. “Even when this Bill goes to parliament, people will continue with their mere rhetoric saying this is a sin and what have you but they haven’t taken time to find out why it is happening,” said Gondwe.

He adds: “Nowadays you have step fathers are sleeping with their daughters resulting in pregnancies, as a family would you want to keep that pregnancy? Of course not! Some married women are being mistreated by their husbands for getting pregnant after their preferred number of children passes, so that woman’s choice at this point is abortion”.

Kangaude also adds his voice telling the IPS that it is unfortunate that the most vocal responses on the matter are coming from sectors that want to side with restricting abortion. “But we are continuing to raise awareness about the importance of protecting women’s life and health by decriminalising access to safe abortion”.

The population reference bureau reports that every year, at least 106, 000 teenage girls fall pregnant in Malawi due to poor or low contraceptives. Furthermore, a survey done by the ministry of health revealed that many youths lack access to contraceptives and that public facilities are a main source of information for the youth.

“Yet when these young people want to get such help at the public health centers, you find that the health surveillance assistants are out of the facility holding immunisations and cholera campaigns in communities”, laments Gondwe.

“Worse still like here in Zomba a lot of clinics are owned by the Catholic Church and as you may know they don’t offer reproductive health methods so where will our young people get the help they need?”

At a United Nations’ meeting in Washington recently, President Peter Mutharika pledged to help the youth access reproductive health methods through the family planning 2020 campaign. This aims to increase the use of the modern contraceptives from 33 per cent to 60 per cent by 2020. The full implementation of the plan is also expected to avert about 2.2 million unintended pregnancies.

This, according to the health policy project, could make achieving and sustaining the SDGs more feasible in Malawi and also directly contribute to the goals of reducing child mortality and improving maternal health.

Abortion is very much a poverty issue as it is a moral issue. In Malawi, the highest burden of unsafe abortion falls on girls and women below the age of 25, and one of the reasons is that they do not have the resources to procure relatively safe services, according to COPUA chairperson Kangaude.

“Girls and women who have the resources in terms of finances or connections with health providers can access relatively safe services,” he told IPS.

“The rich people have the liberty to go to private clinics for safe abortions because they can afford it. And that has been and will always be the case no matter what anyone says. So the poor will always be the one to lose out in any situation,” said Gondwe.

Even though activists say the new Termination of Pregnancy Bill is a step in the right direction, it has some restrictions. For example, a woman who was raped will be required to first acquire a police report before seeking an abortion.

In addition, the Bill does not allow women to seek abortion on demand, or for economic reasons, or for contraceptive method. Furthermore, it is not clear how many times one woman will be allowed to terminate a pregnancy. The commission just recommends counseling, raising fears that the system could be abused.

When passed into a law, Malawi will be amongst African countries which have clear legal framework on termination of pregnancy including Mozambique, South Africa, Zambia, Namibia, Ethiopia, Cape Verde and Ghana.