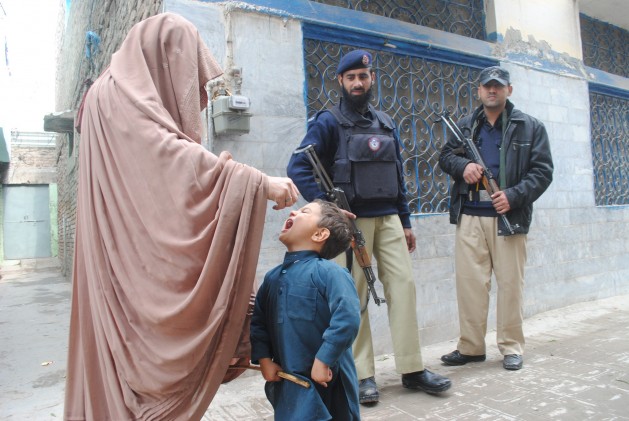 UNITED NATIONS, May 26 2016 (IPS) - While long-awaited new vaccines for malaria and dengue may finally be within reach, many of the world’s existing vaccines have remained unreachable for many of the people who need them most.

The recent outbreak of yellow fever in Angola shows how deadly infectious diseases can return when gaps in vaccination programs grow.

Earlier this week World Health Organization (WHO) Director-General Margaret Chan noted that the recent outbreak of deadly disease has happened despite a vaccine being available for nearly 80 years.

“The world has had a safe, low-cost, and effective vaccine that confers life-long protection against yellow fever since 1937,” she said. “Yellow fever vaccines should be used more widely to protect people living in endemic countries.”

Unfortunately yellow fever is one of many vaccine preventable diseases which has persisted and at times resurged. So far only one of the world’s existing vaccines, the smallpox vaccine, has reached the ultimate goal of eradicating a disease entirely.

In 2015, the world inched closer to eradicating one other disease through the use of immunisation, when Nigeria became the last country in Africa to get rid of polio.

“We are in the endgame period of polio as we expect to see soon the interruption of polio in the remaining two countries of Afghanistan and Pakistan,” Dr Jean-Marie Okwo-Bele, Director of the WHO Department for Immunization, Vaccines and Biologicals told IPS.

Last month an ambitious plan to switch to a new polio vaccine was rolled out globally. The switch took place because the vaccine no longer needed to fight against type 2 polio which has not been seen since 1999, said Okwo-Bele.

“There was real earnest frustration that they weren’t getting any real assistance to benefit from those new vaccines and afford those benefits for their children,” Kate Elder, Vaccines Policy Advisor, MSF Access.

However Okwo-Bele told IPS that the world needs to get as good at getting rid of old vaccines as it has become at finding new ones.

“The pipeline for vaccines is so big now that we should get better at using the currently available vaccines so that we can get rid of these vaccines,” said Okwo-Bele.

“The past year only we could work and almost secure the availability of dengue vaccine, malaria vaccine and we are almost there for the Ebola vaccine,” he said.

A tuberculosis vaccine may still be five to seven years away, he added, but could be an important tool in the fight against antibiotic resistance.

However although recent and promised new additions to the list of vaccinations offer hope, some developing countries are concerned that high costs, particularly of newer vaccines, mean that their children will not be able to benefit from these advancements.

The fickle and secretive vaccines market is dominated by a handful of major pharmaceutical companies prompting developing country governments to ask the World Health Organization last year to help them navigate the purchasing process.

“There was real earnest frustration that they weren’t getting any real assistance to benefit from those new vaccines and afford those benefits for their children,” Kate Elder, Vaccines Policy Advisor at Medecins Sans Frontieres’ (MSF) Access Campaign told IPS.

One way that the WHO is addressing this problem is through establishing its own database of prices that governments pay for vaccines.

For example said Okwo-Bele, countries in Southern Africa have been known to pay higher prices for vaccines than other countries with higher incomes.

Fortunately, not all developing countries have to fend for themselves on the vaccines market. The world’s poorest countries have access to much lower prices negotiated collectively by organisations including the vaccine alliance – GAVI, UNICEF and the Gates Foundation.

However according to the UN Children’s Fund UNICEF, the children most likely to have not been vaccinated are the ones living in countries that have been effected by conflict.

“Almost two-thirds of children who have not been immunised with basic vaccines live in countries that are either partially or entirely affected by conflict,” UNICEF said during World Immunisation Week in April.

Elder notes that governments and organisations proving vaccines in conflict affected countries are only eligible for the lower vaccine prices negotiated via GAVI if the country affected by conflict is also considered to be a Least Developed Country.

So while Yemen, which is a Least Developed Country is eligible for these lower priced vaccines, Syrians are not.

“It’s common sense that humanitarian organisations should have access to the lowest global prices, unfortunately it hasn’t been the formula so far,” Elder told IPS.

“When you are in a humanitarian emergency one of the first things that you do in a camp is you vaccinate against measles,” said Elder, “because if you get measles in a refugee camp it’s very, very dangerous.”

While there are provisions for humanitarian organisations to access lower priced measles vaccines, the same is not true for the relatively newer and more expensive pneumococcal vaccine, she said.

“We agree that pricing based exclusively on GNI (Gross National Income) is an artificial marker. However, we do agree with pricing to take into account ability to pay / affordability,” UNICEF told IPS in a statement. “UNICEF’s work in influencing markets to achieve a healthy state is about influencing fair prices and affordability,” the statement said, noting that this approach has helped bring down the price for some vaccines for both GAVI and non-GAVI eligible countries.

Overall, Okwo-Bele noted that vaccines should be seen as an important investment regardless of the context.

“It’s linked to the basic saying, prevention is better than a cure, and prevention is cheaper than the cure, and that stands wherever you are whether you’re in the developed or developing countries,” he said.