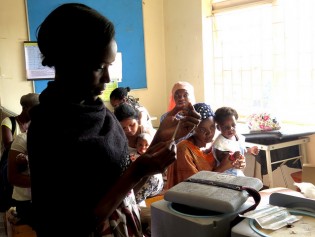 By Monde Kingsley Nfor
The growing number of child deaths from diarrhoea in Cameroon has necessitated the introduction of a new vaccine (RotaTeq) designed to protect babies under five against common types of rotaviruses that cause diarrhoea. But growing skepticism over new vaccines, and lack of potable water and proper hygiene could thwart such public health efforts, experts say.
ADVERTISEMENT ADVERTISEMENT