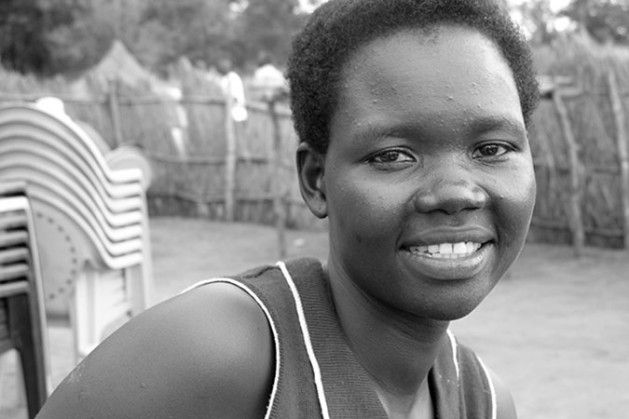 UNITED NATIONS, Jun 20 2016 (IPS) - Evelyn Amony’s bravery not only helped her survive and escape captivity from the Lord’s Resistance Army (LRA), but has made her an advocate for thousands of abducted women and children who face long term consequences after returning home.

Raised in Amuru District, northern Uganda, Evelyn Amony’s family, neighbours, and friends were bound into a close community. Her happiest memory was when she received the second-highest grade in her class. “When I was a child, my biggest interest was my education,” Amony told Inter Press Service.

IPS spoke with Amony ahead of the launch of her book at the UN, organised by UN Women, the International Center for Transitional Justice, the Liu Institute for Global Issues, the University of British Columbia and the Permanent Mission of Canada to the UN.

She recounts her 11 years in captivity – being trained as the personal escort of the notorious LRA leader Joseph Kony, wanted by the International Criminal Court. Too young to know that childbirth would be painful, Amony was forced to become Kony’s wife and bore him three children from age 14.

“I remember how hard it was to be forced to walk long distances from Uganda to Southern Sudan, to the point where my feet were swollen and I would ask God to just let me rest, and that if I was abducted for the purpose to be killed, then God should let them kill me as fast as they could,” she recalls.

Amony tried to convince Kony to end the war. She tried escaping for years, eventually succeeding ten years later. Shot at many times, surviving a violent ambush, Amony began her journey to freedom from Southern Sudan. “It was at that moment I knew God was really there,” Amony told IPS. On reaching Uganda she was reunited with her family and two of her daughters, one is still missing.

For Amony and thousands of formerly abducted women, leaving war did not mean the war was over. In northern Uganda, coming back from the bush to communities where the LRA committed atrocities, meant facing further violence and discrimination.

Reintegrating into the community after over a decade of war, having missed school, meant finding a job was unlikely. Yet many women struggle single-handedly to raise their children.

One of these women may have to see the commander that abused her at the community market daily, says Ketty Anyeko of the Uganda Fund, an organisation that has helped reintegrate some 2,800 war-affected women.

"It was not easy for me to introduce myself as the chairperson of Women’s Advocacy Network because whenever I went, they would say “Oh, you are the wife of Joseph Kony”. They would reduce me to “rebel wife” and not see me as a “woman advocate." -- Evelyn Amony

“Uganda has a culture of forgiveness, so these LRA commanders can live freely. But for sexual violence, it is not easy to forgive and forget,” said Anyeko. These women are also often rejected by their families, so do not have access to land or resources needed for them and their children to survive.

Of every five children in northern Uganda, 3 were born during the war in the bush, said Amony. More than 66,000 children have been abducted in the Uganda region by the LRA, according to UNICEF. Only about 6,000 have returned. Many are physically impaired. Amony’s younger daughter, Grace, has hearing problems because of loud gunfire; her elder daughter Bakita’s eyesight is affected. That is in addition to the trauma and experience of war.

“When I ask male children what they want to do when they grow up, many say they want to be soldiers. When I ask why, they tell me that if you are a soldier you have the power to do whatever you want to do, you can get whatever woman you want, because you can use the gun. This is what they have been taught,” Amony says. It is not surprising then that children who returned are viewed negatively and seen as likely to take after their fathers who were part of LRA. In schools, children suffer stigma because some teachers refer to them as the “children of Kony.”

Unable to continue in that environment, many give up education. Girls are becoming pregnant as teenagers and male children are ending up on the streets, Amony says. In short, children are punished for the crimes of the LRA commanders.

When a war-affected woman remarries, the husband often does not show love for the children born in conflict, and even refuses to pay school fees. For Amony, all these are challenges to be overcome.

“I love to speak to children to the point where on holidays many of the kids spend time with me,” she says. They ask her questions to which she has no answers. They want to go to school but Amony does not have the resources to help them. “There are so many of Kony’s children, and they have an impression that I know where their father is,” Amony says.

It was tough for Amony to reintegrate also. After her escape, she attended a tailoring school, where there were 7 other formerly abducted women. When they went to get food, the other students would leave the serving table as they didn’t want to sit with them.

Because they shared similar hardships, Amony and the 7 women decided to start a small group to help each other. Their efforts soon expanded to organizing women in the larger community. But the LRA’s massacres had caused conflict between the communities. The group was sometimes pressured not to go to one community or another. But they persisted, angering one group or the other. Some in Amony’s group were very afraid. But when Amony told them her story, they cried. Amony knew she had won the battle.

In Gulu District, they established three groups of survivors. The Transitional Justice experts Ketty Anyeko and Erin Baines, stepped in to encourage the work. “We started getting involved in community theatre exercises to narrate our experiences in a very visual way,” Amony said. “This was when we started telling the deeper stories about our lives and the war, and we would all cry together.” In 2011, more survivor groups were formed and Amony was elected the chairperson of  the Women’s Advocacy Network. They began radio talk shows reaching out to the grassroots. They visited district offices to raise awareness. “It was not easy for me to introduce myself as the chairperson of Women’s Advocacy Network because whenever I went, they would say “Oh, you are the wife of Joseph Kony”. They would reduce me to “rebel wife” and not see me as a “woman advocate,” Amony said.

“I come here as Evelyn Amony to explain to you what women who suffered the conflict want,” was her response. Today, there are about 16 WAN groups, growing from 20 to 900 formerly abducted women in the last three years.

But it was not easy. “When we introduced ourselves as children who were formerly abducted, their initial reaction would be that we were the ones who committed atrocities.” The survivors explained that they too were victims and that the community must join hands and work together.

“What can we do to ensure Ugandan children live a normal life?” Amony wants to know.