The author is Director General of Independent Evaluation at the Manila-based Asian Development Bank.

MANILA, Jul 1 2016 (IPS) - Across the world, the pendulum has swung from a focus on social development to infrastructure development. Recognizing that infrastructure is only one variable in the development equation, we must try to get the most value from this shift in priorities.

That entails ensuring that new investments are not just more of the same, but ones that contribute to sustainable progress. With trillions of dollars envisaged for constructing dams, bridges and roads, it is pivotal that new infrastructure is environmentally friendly.

To understand why this change is critical, consider the arithmetic of climate change.  At current rates of greenhouse gas production, global temperatures will likely, in a quarter century, rise above 2 C from pre-industrial levels, leading to
catastrophic impacts. 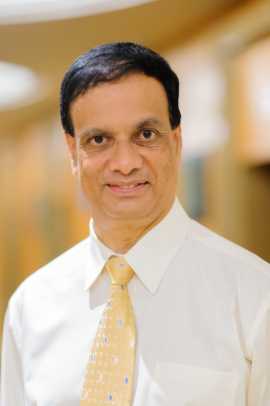 And Asia will be the hardest hit. To dodge this scenario, energy-related emissions alone will need to fall by 40 to 70 percent below 2010 levels worldwide by 2050.

Industrial countries were the primary source of the past carbon buildup. But developing Asia is now the source of some 37 percent of the emissions. Regardless of the history, Asia’s well-being hinges squarely on confronting climate change.

Energy and transport in Asia contribute two-thirds of the emissions. By one estimate, Asia requires $8 trillion of infrastructure investment during 2010-2020.

The public sector has a vital regulatory and enabling role, while the private sector has more investible capital at its disposal. Public-private partnerships done right can help expand infrastructure.

But for infrastructure investments to have lasting value, all stakeholders in infrastructure programs must take to heart the priority for climate mitigation and adaptation. The crucial question is how official and private financing can make infrastructure climate-harmonic.

Here are seven ways to do it, as seen from Asia’s experience. First, renewable sources of energy supply need to expand vastly — solar, wind, wave, tidal, geothermal and biomass. But the variability in output  from solar and wind sources is much higher than from coal-fired generation plants. Solutions include battery storage, smart grids and demand measures.

Recent examples of disasters illustrate why safeguards are vital. In the industrial world, Volkswagen’s deliberate cheating on harmful emissions is a gigantic scandal. In the developing world, Indonesia’s man-made forest fires are a crime against the
environment and people
At the same time, integration of advanced weather forecast technology in renewable energy management is emerging, which can be used to enable the expansion of renewable energy.

Second, fossil fuel subsidies have to be reformed. Global subsidies for coal, the worst polluter, and for petroleum and natural gas are some $500 billion a year, and 10 times that amount when environmental damages are also considered.

Asia accounts for half of global fossil fuel subsidies. Eliminating them would promote cleaner energy, protect local environments and reduce the carbon footprint. India and Indonesia, for instance, have started to cut the subsidies and  adjust energy prices.

Third, a tax that sets a price on carbon would reduce the demand for carbon-emitting fossil fuels, and increase the demand for renewable sources and lower-emission fuels such as natural gas.

Fossil fuel producers have opposed carbon taxes, and Australia abolished one in 2014. On the other hand, China, based on seven pilot emissions trading programs,  intends to launch a national cap and trade program in 2017, which will make the country the world’s biggest carbon market. Recently, India levied a carbon tax on fossil fuels.

Fourth, this is the chance to deal with the unacceptable levels of city pollution and congestion, as seen in Beijing or Delhi. Asia added a billion people to its cities in the past three decades, and another billion is expected by 2040.

Fifteen of the world’s 20 most polluted cities are in Asia. Fuel and engine efficiency can be improved, as shown by Busan, South Korea, where higher licensing fees are charged for trucks that do not comply with emission standards. City-operated bicycle shares, low-emission car rentals and sidewalk  widening can make cities more livable. Asian cities can be a booming market
for renewable power generation equipment and electric vehicles.

Fifth, there are options to address urban congestion. Intelligent transport systems, as in Seoul, inform passengers of the best routes for their commute. China’s Guangzhou bus rapid transit may be saving 30 million passenger hours a year.

Multi-modal public transport around hub stations, such as in Chennai and Bengaluru in India, can reduce congestion and pollution.

A glaring problem is municipal waste, which will require implementing the so-called 3R (reduce, reuse, recycle) approach and investments in disposal capacity such as conversion of waste to energy, anaerobic digestion, recycling and reduced waste disposal.

Sixth, infrastructure finance ought to aim for climate, environmental and social protection. This involves strengthening roads and embankments, building houses and businesses in safer areas, investing in rain harvesting, drainage and flood barrier structures, and applying forecasting and early-warning technology.

Retrofit technologies can be used for old structures, thus lowering maintenance costs. In addition to climate-smart agriculture, a top priority is to stop deforestation, whose damages are evident in Indonesia and others.

Seventh, regulation, compliance and monitoring should deflect risks to communities, habitats and livelihoods. Multilateral development banks must ensure that safeguards are improved, and not weakened under political pressures to lend for infrastructure.

Recent examples of disasters illustrate why safeguards are vital. In the industrial world, Volkswagen’s deliberate cheating on harmful emissions is a gigantic scandal. In the developing world, Indonesia’s man-made forest fires are a crime against the
environment and people.

They also, in varying measures, help slow atmospheric emissions and global warming. Contrary to the belief many people have held, environmental and climate actions are not a drag on economic growth. Quite the contrary, they are essential for ensuring that growth will be sustained.

When it comes to infrastructure investment, the intersection between global and local interests turns out to be a key dimension to identify and exploit.

This common space represents win-win possibilities for designing, implementing and maintaining infrastructure differently and innovatively. It is in our collective interest to consider this possibility and take action. Asia should be at the forefront of such action.

Finally, it would be strategic to run infrastructure investment in tandem with climate finance, which is expected to grow in the coming years. A global target since the Copenhagen and Cancun climate talks is $100 billion for climate finance, including private, by 2020.  For its part, the ADB announced in September that it would double annual climate financing to $6 billion by 2020.

The Green Climate Fund (GCF) just approved a $31 million climate adaptation grant for a project financed by the ADB — the first multilateral development bank to gain accreditation to access GCF funding. More funding for infrastructure is good news for revitalizing economic growth in Asia. At the same time, this is not the time to do more of the same.

In the face of environmental catastrophes and runaway climate change, this is the moment to build low-carbon intensity and climate-resilience into infrastructure investment, and thereby improve the prospects for sustaining economic growth and people’s well-being.