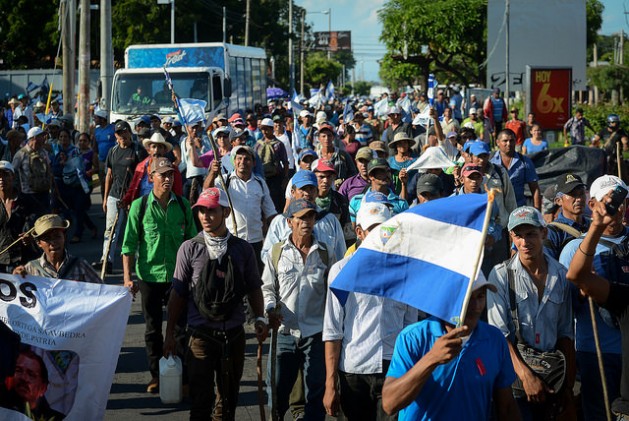 Nicaragua's new canal is meant to rival the Panama canal but has also sparked protests as it will displace tens of thousands of people. Credit: Carlos Herrera/IPS

MEXICO CITY, Nov 4 2016 (IPS) - Next week, millions of people around the world will be glued to their TV screens and social media feeds, watching as the USA decides who will lead the most powerful country on earth.

Around 3,000 kilometers away, in a much smaller nation in the middle of Central America, another election will take place just a couple of days earlier. Although Nicaragua’s presidential election lacks the fame of the Clinton-Trump race, it is every bit as controversial.

President Daniel Ortega, leader of the ruling Sandinista Front for National Liberation, will run for office for the third consecutive time. His wife, Rosario Murillo, is his running mate.

Both have been accused of leading a campaign to stamp out any form of opposition.

For the six million people living in resource-rich Nicaragua, political scandals are nothing new. They are symptoms of the deteriorating human rights situation facing one of the most invisible countries in the Americas – where basic natural resources such as land and water mark the front lines of a battle between the powerful few and the marginalized majorities.

Here are four things you should know are taking place in the backdrop to Nicaragua’s elections:

One: Development, for some
In 2013, the National Assembly of Nicaragua passed a new law to pave the way for construction of a new interoceanic canal to rival Panama’s. If finished, it will connect the Pacific Ocean and the Caribbean Sea and, it is argued, inject millions of dollars into the country’s economy, including by generating tens of thousands of jobs.

The canal, however, will likely also force tens of thousands of people, including many Indigenous communities, off their lands and affect their livelihoods and vital natural resources such as water with and impact for generations to come, which would effectively outweigh any possible economic benefits of the project. 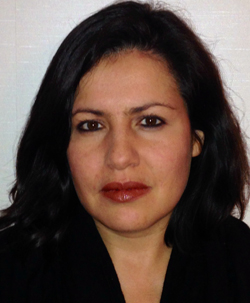 The project was also used as an excuse to pass a law that effectively gives carte blanche to the Nicaraguan government to allow sub-development projects (including the exploitation of vital natural resources) to go ahead, regardless of what the many communities affected by them think.

Two: Women, second class citizens
Women living in poverty across Nicaragua are still the main victims of maternal mortality, and the country has one of the highest rates of teenage pregnancy of the Continent, with 28% of women giving birth before the age 18. In spite of this, women are also subjected to some of the harshest abortion laws on earth. Abortion is banned in all circumstances, even if it is vital to save the woman’s life.

In a context in which impunity for gender-based crimes remains, local organizations working on women’s rights face constant threats. In June, a shelter run by the Civil Foundation for Support to Women Victims of Violence was raided. The authorities have not opened an investigation into the incident. And this is unfortunately one case among many others.

Three: Indigenous Peoples’ rights trampled
Indigenous Peoples across Nicaragua are also treated as second-class citizens, their rights constantly trampled on and their voices unheard as their demands often conflict with powerful economic interests.

Last year, in the North Atlantic Autonomous Region (RAAN) –home to the mythical “Mosquitia” – a violent struggle over territory erupted. Indigenous Miskito communities were subjected to threats, attacks, assassinations, sexual assault and forced displacement by non-Indigenous settlers. The state has utterly failed to offer them effective protection. In that context, the Inter-American Commission on Human Rights granted precautionary measures in favour of some Miskito communities, calling on Nicaragua to protect them.

In May 2016, leaders of the Indigenous and Afro-descendant communities Rama-Kriol said that an agreement for the construction of the Grand Canal of Nicaragua had been signed without an effective consultation process, in violation of their rights to free prior and informed consent.

Four: The ‘crime’ of defending human rights
Activists working to defend basic human rights and access to natural resources have been subjected to systematic harassment and attacks aimed at silencing their demands. These attacks are very rarely investigated.

The grant of precautionary measures by the Inter-American Commission on Human Rights called for measures to protect human rights defenders from the Center for Justice and Human Rights of the Atlantic Coast of Nicaragua, who had received death threats due to their work on Indigenous rights.

Additionally, the Coordinator of the National Council for Defense of the Land, Lake and National Sovereignty, recently reported intimidation and harassment against her and her family. She has been actively denouncing the possible impacts of the Grand Interoceanic Canal in Nicaraguan peasant farmers´ communities.

Nicaragua is very quickly and dangerously slipping back into some of the darkest times the country has seen in decades, with the government turning a blind eye to violations of the human rights they have promised to uphold and punishing anyone who “steps out of line”.

This strategy is both dangerously misguided and illegal.

By failing to protect basic human rights, guarantee access to natural resources essential for life and respect those defending them, the Nicaraguan authorities are condemning millions to a future of inequality and suffering.

But there is another way. Whoever is elected to lead this Central American nation for the next five years must take a hard look at the country’s human rights discourse and the reality for millions of people, particularly the most marginalized – and ensure the government’s future priorities are properly aligned.

The alternative could simply force the country into a free fall that will be impossibly challenging to recover from.