Guess How Much Water Your Daily Food Consumes 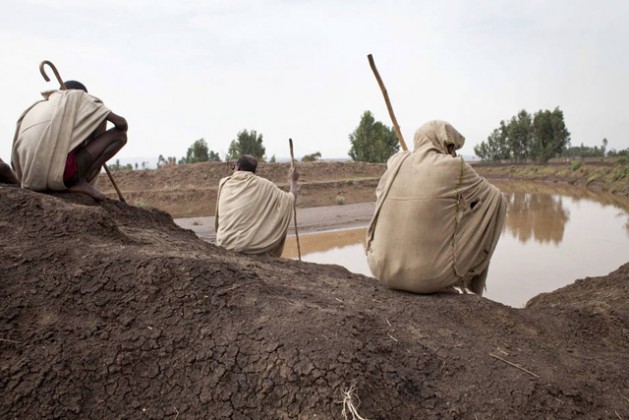 Meantime, the consequences are that growing water scarcity is now one of the leading challenges for sustainable development, and it is poised to intensify as the world’s population continues to swell and climate change intensifies.

José Graziano da Silva, Director General of the UN Food and Agriculture Organisation (FAO), while presenting these findings, warned that competition for water will intensify as humanity’s numbers exceed 9 billion people around 2050.

In fact, already millions of family farmers in developing countries suffer from lack of access to freshwater, while conflicts over water resources already surpass those tied to land disputes in some regions, the FAO chief said at the Global Forum for Food and Agriculture which took place on Jan. 19-21 in Berlin.

Additionally, climate change is already altering hydrological regimes everywhere, he added, citing estimates that around one billion people in dry regions may face increasing water scarcity in the near future. These are regions with a high concentration of extreme poverty and hunger.

“Agriculture is both a major cause and casualty of water scarcity. Farming accounts for around 70 per cent of fresh water withdrawals in the world today, and also contributes to water pollution due to pesticides and chemicals.”

To tackle these challenges, the international community created a standalone sustainable development goal (SDG) on water and wove better management of this key natural resource throughout the entire architecture of the SDGs, Graziano da Silva said.

He urged participants to rise to the food security challenges posed by water scarcity on two fronts: first, promoting ways to both use less water and use it more efficiently, and secondly, by taking steps to secure access to water — especially for poor family farmers.

“Doing so will not prevent a drought from occurring, but it can help in preventing droughts from resulting in famine and socioeconomic disruption.”

One-Third of Food Either Lost or Wasted

Graziano da Silva also said that cutting back on food waste has an important role to play in using water more wisely. Each year, one-third of world food production is either lost or wasted — that translates into a volume of agriculture water wasted equal to around three times the volume of Lake Geneva.

At the last UN Climate Change Conference FAO launched a global framework for coping with water scarcity in agriculture to support such efforts, he added.
This framework seeks to support the development and implementation of policies and programmes for the sustainable use of water in agriculture and encourage cooperation among different stakeholders, including civil society, the private sector, financing institutions and development organisations.

The Forum’s theme this year is “Agriculture and Water – Key to Feeding the World.”

It is in fact so key to feeding the world that FAO projects that irrigated food production will increase by more than 50 per cent by 2050, but the amount of water withdrawn by agriculture can increase by only 10 per cent, provided that irrigation practices are improved and yields increase.

The world contains an estimated 1.400 million cubic kilometres of water. But only 0.003 per cent of this amount, about 45.000 cubic kilometres, are “fresh water resources” that can be used for drinking, hygiene, agriculture and industry. Not all of this water is accessible because part of it flows into remote rivers during seasonal floods. 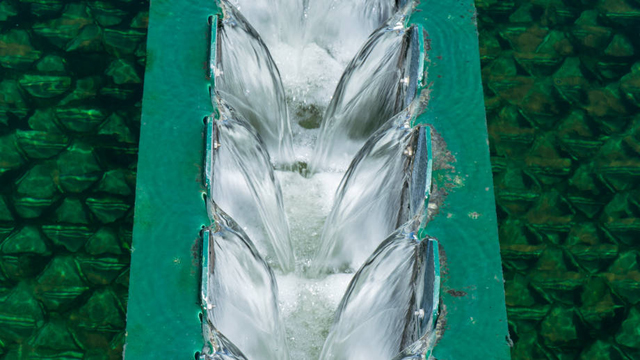 Now that food demand and water scarcity are on the uptick, it’s time to stop treating wastewater like garbage and instead manage it as a resource that can be used to grow crops and help address water scarcity in agriculture, according to FAO.

Properly managed, wastewater can be used safely to support crop production — directly through irrigation or indirectly by recharging aquifers — but doing so requires diligent management of health risks through adequate treatment or appropriate use.

How countries are approaching this challenge and the latest trends in the use of wastewater in agriculture production was the focus of discussions by a group of experts in Berlin’s annual Global Forum for Food and Agriculture.

“Although more detailed data on the practice is lacking, we can say that, globally, only a small proportion of treated wastewater is being used for agriculture, most of it municipal wastewater, “ said Marlos De Souza, a senior officer with FAO’s Land and Water Division.

But increasing numbers of countries –Egypt, Jordan, Mexico, Spain and the United States, for example– have been exploring the possibilities as they wrestle with mounting water scarcity.

“So far, the reuse of wastewater for irrigation has been most successful near cities, where it is widely available and usually free-of-charge or at low cost, and where there is a market for agricultural produce, including non-food crops. But the practice can be used in rural areas as well –indeed it has long been employed by many smallholder farmers.”

Water is of course fundamental for food production, and the intensifying scarcity of this important natural resource –likely to be more intense in a context of climate change– has very significant implications for humanity’s ability to feed itself.

Globally, population growth and economic expansion are placing increasing pressure on freshwater resources, with the overall rate of groundwater withdrawals steadily increasing by 1 per cent per year since the 1980s. And those pressures are now increasingly being exacerbated by climate change.

Already, agriculture accounts for 70 per cent of global freshwater withdrawals — with demand for food estimated to grow by at least 50 per cent by 2050, agriculture’s water needs are poised to expand. Yet demand from cities and by industries is on the rise as well.

Untreated wastewater, however, often contains microbes and pathogens, chemical pollution, antibiotic residues, and other threats to the health of farmers, food chain workers, and consumers –and it also poses environmental concerns.

A number of technologies and approaches exist that are being utilised around the globe to treat, manage, and use wastewater in agriculture, many of them specific to the local natural resource base, the farming systems in which they are being used, and the crops that are being produced, De Souza said.