Green Power: Wave of the Future 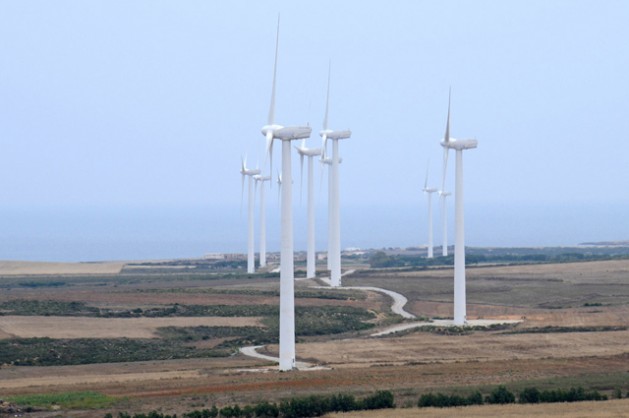 That’s the bottom line message from the latest figures on world investment in clean technologies.

In 2016, record levels of new renewable energy generating capacity were added worldwide even as investments fell 23 per cent from the year before.

The data are contained in the 11th annual Global Trends in Renewable Energy Investment, a product of UN Environment, the Frankfurt School-UNEP Collaborating Centre, and Bloomberg New Energy Finance.

The proportion of electricity coming from renewables (excluding large hydro) is now 11.3 per cent, a significant jump from 10.3 per cent in 2015. Thanks to green tech, humanity’s emissions of carbon dioxide were an estimated 1.7 gigatonnes less than they might have been had the same power been produced from fossil fuels.

And these impressive additions to the world’s generating capacity were made at a fraction of previous costs. Total investments of $241.6 billion (excluding large hydro), were down 23 per cent from 2015 and represented the lowest total dollar investment since 2013.

As noted, this was partly the result of falling costs: the average dollar expenditure required to add a megawatt from solar photovoltaics and wind turbines dropped by over 10 per cent.

The data also show public and private sector investors — who have invested a cumulative $2.5 trillion in renewables since 2004 — favor renewables over fossil fuels by a large margin. Investment in renewables capacity was roughly double the figure for fossil fuels; the corresponding new capacity from renewables excluding large hydro was equivalent to 55 per cent of all new power, the highest to date.

Solar and wind remain by far the most attractive renewable energy investment options.

New investment in solar totalled $113.7 billion, down 34 per cent from the record high in 2015. Solar capacity additions, however, rose to an all-time high of 75 gigawatts.

Wind made up $112.5 billion of investment globally, down 9 per cent; wind capacity additions fell to 54 gigawatts from the previous year’s high of 63 gigawatts.

The smaller sectors had mixed fortunes in terms of new investment. Biofuels fell 37 per cent to $2.2 billion, the lowest for at least 13 years; biomass and waste held steady at $6.8 billion and small hydro at $3.5 billion. Geothermal rallied 17 per cent to $2.7 billion. Marine edged down 7 per cent to $194 million.

In addition to reduced technology costs, the fall in investment also reflected a slowdown in China, Japan and some emerging markets, for a variety of reasons.

Mexico, Chile, Uruguay, South Africa and Morocco all saw falls of 60 per cent or more, due to slower than expected growth in electricity demand, and delays to auctions and financings. Jordan was one of the few new markets to buck the trend, investment there rising 148 per cent to $1.2 billion.

The US saw commitments slip 10 per cent to $46.4 billion, as developers took their time to build out projects to benefit from the five-year extension of the tax credit system. Japan slumped 56 per cent to $14.4 billion.

Investment in renewables did not drop across the board, however. Europe enjoyed a 3 per cent increase to $59.8 billion, led by the UK ($24 billion) and Germany ($13.2 billion). Offshore wind ($25.9 billion) dominated Europe’s investment, up 53 per cent thanks to mega-arrays such as the 1.2 gigawatt Hornsea project in the North Sea, estimated to cost $5.7 billion. China also invested $4.1 billion in offshore wind, its highest figure to date.

And in India, the Ramanathapuram solar complex, billed as the world’s largest ever solar photovoltaicproject (648 megawatts), was constructed.

“The question always used to be ‘will renewables ever be grid competitive?’,” says Michael Liebreich, Chairman of the Advisory Board at BNEF. “Well, after the dramatic cost reductions of the past few years, unsubsidised wind and solar can provide the lowest cost new electrical power in an increasing number of countries, even in the developing world – sometimes by a factor of two.”

“It’s a whole new world: even though investment is down, annual installations are still up; instead of having to subsidise renewables, now authorities may have to subsidise natural gas plants to help them provide grid reliability.”

Recent figures from the International Energy Agency cited the switch to renewables as a main reason for greenhouse gas emissions staying flat in 2016, for the third year running, even though output in the global economy rose by 3.1 per cent.

We need this trend to continue and accelerate. And this latest renewable energy investment trends report offers reason to hope that it will.

In the words of Erik Solheim, Executive Director of UN Environment: “Ever-cheaper clean tech provides a real opportunity for investors to get more for less.

“This is exactly the kind of situation, where the needs of profit and people meet, that will drive the shift to a better world for all. ”