ROME, Apr 26 2017 (IPS) - Rogue interests, perhaps even foreign, are said to be trying to interfere with the electoral process in the U.S. and European Union members. Senior government officials glibly endorse what they themselves call “alternative facts” and even openly describe the media as their enemy. 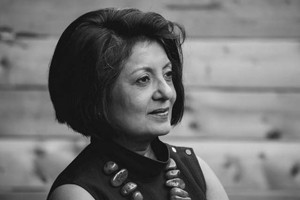 Social media platforms, seen as the primary distribution vector for this plague, are under pressure to police their content.

However, the history of journalism is full of stories of distortions, many of them in prestigious publications. Benjamin Franklin once produced – in wartime – a fake newspaper to distribute a fake story.

At root, the current fake-news epidemic is a symptom of growing distrust in media. It also reflects a widespread contempt for expertise, which poses a special challenge for organizations like IPS, where for decades we have sought to chronicle the complex and often slow-moving travails of development in the global South.

The press, which should by nature be profoundly aware of the tactics of all kinds of propaganda, has no choice but to see this crisis as an opportunity.

A vibrant media ecosystem requires readers who are able to discern trustworthy news from “alternative” versions. Indeed, the relative absence of such readers may be a guide to what kind of policy response is needed. Enabling such readers to thrive is analogous to the goals of development efforts aimed at lifting people out of poverty and hunger.

That goal must include safeguards against against violence directed at reporters, including civic journalists and bloggers, who are frequently targeted for abuse and often physically attacked, even hacked to death as evidenced by a string of grisly crimes in Bangladesh. Last year’s high-profile “Pizzagate” episode in the United States’ capital, in which a man fired an assault rifle in a popular restaurant he had been told by right-wing online sites was linked to an elite paedophilia ring, is a reminder that such attacks may themselves be based on fake news as well as ideological beliefs or factional interests.

Yet in the end, just as “more speech, not less,” was a rallying call for advocates of freedom of speech, today’s response should be real news, and more of it.