Millions of Women and Children for Sale for Sex, Slavery, Organs… 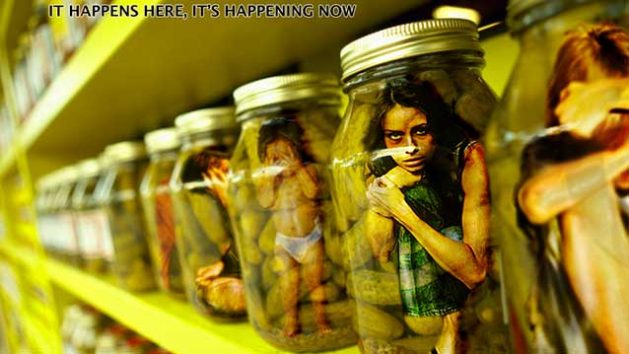 ROME, Jul 28 2017 (IPS) - It is happening now. Millions of humans are forced to flee armed conflicts, climate change, inequalities, and extreme poverty. They fall easy prey to traffickers lurking anyone who can be subjected to sexual exploitation, forced labour and even sell their skin and organs.

Just as tragically, 79 per cent of all detected trafficking victims are women and children, according to the UN Office on Drugs and Crime (UNODC) Global Report on Trafficking in Persons.

The drama is immense. Every year, millions of children, women and men fall into the hands of traffickers, lured by fake promises and deceit, the United Nations reports once more, this time ahead of the World Day against Trafficking in Persons, marked every year on 30 July.

The “horrendous crime” is being committed now, while you are reading this article, and in public “salve markets”. See African Migrants Bought and Sold Openly in ‘Slave Markets’ in Libya

Buying and selling migrants is a big business. In fact, human trafficking has become a global multi-billion-dollar enterprise, affecting nearly every country in the world, according to UNODC’s executive director Yury Fedotov.

“Today, there are millions of people whose liberty, dignity and essential human rights have been stolen. They are coerced into sexual exploitation, forced labour, domestic servitude, forced begging, stealing, online pornography, and even compelled to “sell” skin organs. “ Not for Sale. Credit: IOM Tunisia

This inhumane business is far from slowing down–from 2012-2014, more than 500 different trafficking flows were detected and countries in Western and Southern Europe detected victims of 137 different citizenships, according to UNODC. In short, “the crime of human trafficking is occurring almost everywhere.”

In terms of the different types of trafficking, sexual exploitation and forced labour are the most prominent, says the report, adding that trafficking can, however, have numerous other forms including: victims compelled to act as beggars, forced into sham marriages, benefit fraud, pornography production, organ removal, among others.

Many countries have criminalised most forms of trafficking as set out in the UN Trafficking in Persons Protocol. The number of countries doing this has increased from 33 in 2003 to 158 in 2016. Such an exponential increase is welcomed and it has helped to assist the victims and to prosecute the traffickers, said Fedotov.

“Unfortunately, the average number of convictions remains low. UNODC’s findings show that there is a close correlation between the length of time the trafficking law has been on the statute books and the conviction rate.”

What Is Human Trafficking All About

The UN defines human trafficking as a crime that exploits women, children and men for numerous purposes including forced labour and sex.

The International Labour Organization (ILO) estimates that 21 million people are victims of forced labour globally. This estimate also includes victims of human trafficking for labour and sexual exploitation. While it is not known how many of these victims were trafficked, the estimate implies that currently, there are millions of trafficking in persons victims in the world.

“Every country in the world is affected by human trafficking, whether as a country of origin, transit, or destination for victims. Children make up almost a third of all human trafficking victims worldwide, according to the Global Report on Trafficking in Persons.

Another important development is the UN Summit for Refugees and Migrants, which produced the groundbreaking New York Declaration. Of the nineteen commitments adopted by countries in the Declaration, three are dedicated to concrete action against the crimes of human trafficking and migrant smuggling.

This year, UNODC has chosen ‘act to protect and assist trafficked persons’ as the focus of the World Day.

This topic highlights one of the most pressing issues of our time — the large mixed migration movements of refugees and migrants.

The theme puts the spotlight on the significant impact of conflict and natural disasters, as well as the resultant, multiple risks of human trafficking that many people face.

And it addresses the key issue concerning trafficking responses: that most people are never identified as trafficking victims and therefore cannot access most of the assistance or protection provided.

Counter Trafficking in Persons Since the 90s

Meantime, the leading UN agency dealing with migrants reminds that it has been working to counter trafficking in persons since the mid-nineties.

“Our primary aims are to prevent trafficking in persons and to protect victims, in ordinary time and in crisis, while offering them support on their path to recovery, including through safe and sustainable (re)integration, return support to their home countries, or, in some circumstances, through third country resettlement, says the UN International Organization for Migration (IOM).

Globally, it has so far assisted over 90,000 trafficked persons. “Ensuring freedom and a chance at a new life, IOM’s assistance includes safe accommodation, medical and psycho-social support, and assisted voluntary return and reintegration.”

For this, the UN agency works with governments, the private sector, civil society organisations, and other UN bodies “to protect victims of trafficking and associated forms of exploitation and abuse; to prevent such abuses from occurring; and to support the development and implementation of policies aimed at the prevention and prosecution of these crimes and the protection of victims.”

The agency’s approach is based on: respect for human rights; support for the physical, mental and social well-being of the individual and his or her community; and sustainability through capacity building and the facilitation of durable solutions for all beneficiaries.