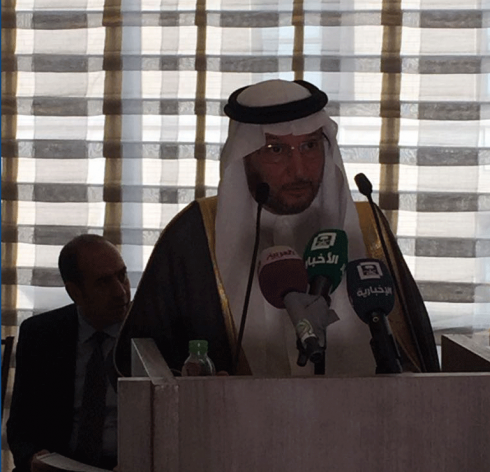 NEW YORK, Sep 18 2017 (IPS) - The Organization of Islamic Cooperation (OIC), by virtue of its position of being the second largest international organization outside the UN system with 57 member countries comprising one fifth of the world population and covering Asia, Africa, Europe and the Americas, is indeed an important actor in dealing with rapprochement between cultures, in particular rapprochement between the Muslim World and its international partners like the USA.

Rapprochement between cultures through dialogue among civilizations and diverse faiths as an agenda item was pioneered by the OIC at the international level as early as 1998.

The OIC believes in dialogue and communication in order to foster mutual respect and understanding. Its focus continues to be one of outreach and engagement with the international stakeholders like the USA to form a meaningful and functional partnership to work together in engendering a culture of peaceful coexistence and upholding human dignity.

Communication makes people more connected and raises awareness among them on the implications of hatred and discrimination based on their faith, culture and religion. Based on these premises, the OIC has established a separate full-fledged Department of Dialogue and Outreach in its General Secretariat. The main objective of this Department is to reach out to different cultures with an aim to reduce misunderstanding and cultural gap between them and the Muslim World.

With this in mind, the Department has established a close relationship of collaboration and cooperation with the King Abdullah International Center for Interfaith and Intercultural Dialogue (KAICIID), an Intergovernmental setup established at the initiative of the Kingdom of Saudi Arabia along with Austria and Spain to highlight the efficacy of cultural rapprochement as an effective tool to reduce conflict through building bridges between cultures.

We all want to live in dignity, in peace, in security, to raise our children, to protect our families. Muslims are not exception to that. Islam like any other religion advocate for the same values of humanity, mercy, solidarity, peace.

To this end, contemporary challenges like xenophobia, Islamophobia, anti-Semitism, racism, discrimination, and hatred must be tackled through inclusive dialogue and tolerance. For this, uniting our efforts is what the world needs today.

Much has been achieved in this regard, nevertheless, as the challenges around us continue to grow and expand, much more is yet to be done. We believe that there is more to unite us than to divide. As such, in order to focus on the factors that bring us together, cultural rapprochement through communication, dialogue and inclusiveness needs to be nurtured and demonstrated in our everyday life.

Meanwhile, an OIC press release says the Organization will hold several meetings on the sidelines of the 72nd session of the United Nations General Assembly in New York starting Monday, 18 September 2017.

The foreign ministers of the OIC Member States are expected to hold a coordination meeting to discuss the issues of interest to the OIC that are on the agenda of the current session of the UNGA.

Also, the Special Ministerial Committee on Palestine will hold a meeting to discuss the developments regarding the Palestinian issue, and the Secretary General Dr. Yousef Al Othaimeen will chair an international high-level meeting to support the Palestinian refugees.

There will also be a ministerial meeting of the Contact Group on the Rohingya Muslims of Myanmar, who are being subjected to persecution, displacement and ethnic cleansing in Myanmar for years. The situation has exacerbated in the past weeks, which caused more than 300,000 of the Rohingyas to flee to Bangladesh.

Other contact group meetings will also be held on Somalia, Sierra Leone, Mali, Yemen, Jammu and Kashmir, Bosnia and Herzegovina, and on the aggression of Armenia on Azerbaijan to discuss the situations and developments in these countries and regions.

In addition, the second meeting of the Contact Group on Muslims in Europe will be held, which aims to promote understanding and respect between Muslims living in the West and their communities and protecting their rights in light of heightened Islamophobia across Europe.

The recent terrorist attacks combined with the current economic crisis and high unemployment rates have increasingly strained relations between immigrant Muslim communities and the larger societies in which they live, a situation that has been used by the far right groups to exacerbate tensions.

The OIC Secretary General is expected to have bilateral meetings with a number of presidents, foreign ministers and high officials from the member states and non-member states during the UNGA to discuss issues of mutual interest.

Furthermore, Al-Othaimeen and his accompanying delegation of senior officials will participate in the opening of the UNGA session and several meetings and activities that are to be held on its sidelines on important regional and international issues.