For over 40 years the conflicting positions in the Morocco-occupied Western Sahara have been locked. During the past six months there have though been some encouraging signs that the tied knot might be loosening. 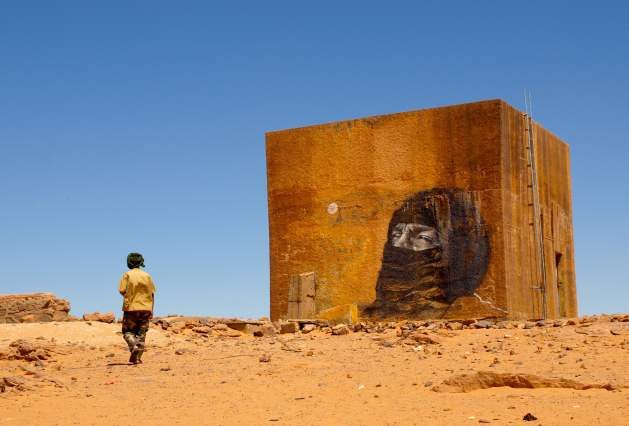 STOCKHOLM, Oct 30 2017 (IPS) - In August last year armed forces from both sides pushed forward into the desert and into the no-go buffer zone that the UN had established.

One hundred meters from each other, the sides halted. Within eye sight.

On one side Morrocan military. On the other the Western Saharian liberation army Polisario. There were real concerns that the ceasefire of 1991 would now be broken.

The escalation of conflict started in 2016 when UN-led negotiations stalled.

Today though a change may be developing.

In August the UN appointed the former German president Horst Köhler as the new UN Personal Envoy for Western Sahara. The new General Secretary of the UN Antonio Guterres had prioritized finding a solution to the conflict. A policy publicized during the spring by the Swedish Foreign Minister Margot Wallström and that led to a UN resolution in April to resume negotiations.

Within the labor movements in Sweden and many other countries, there is pressure to recognize Western Sahara as a country. The Social Democratic government in Sweden stated last year that this wasn’t going to happen as the territory did not meet certain legal requirements of international law.
On the fourth of October in the General Assembly at the UN several delegates spoke out in favor of a referendum on the independence of Western Sahara.

The response from Morocco though was the same as on many previous occasions: “That issue has been dead and buried for a long time” said Morocco’s ambassador to the UN, according to several media sources.

The Western Sahara issue is very sensitive. Within the labor movements in Sweden and many other countries, there is pressure to recognize Western Sahara as a country. The Social Democratic government in Sweden stated last year that this wasn’t going to happen as the territory did not meet certain legal requirements of international law.

France, in support of its former colony Morocco, is a strong opponent to West Saharian independence. The fight against terrorism also plays in as many Western countries do not want to offend Morocco and want to keep an important ally.

At the same time, the suffering continues. The conflict has meant that many people have fled to neighboring Algeria. It is estimated that around 160 000 people now live in remote refugee camps in the desert that were built in the middle of the 1970’s.

The humanitarian situation is difficult. Water is scarce and incoming aid is absolutely vital for survival.