Protecting the Health & Rights of People on the Move 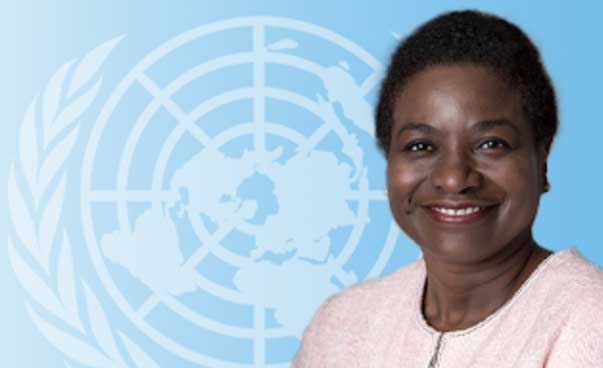 While many of these migrants chose to leave their home countries in search of jobs, education, or to reunite with family, many others had no choice but to leave–to escape poverty, violence or a dearth of opportunities for a better life.

UNFPA, the United Nations Population Fund, recently interviewed young migrants in the gateway cities of Beirut, Cairo, Nairobi and Tunis, as part of a multi-city research project. They were drawn to those cities because of insecurity and unrest where they grew up.

And these young people were very honest with us: They faced serious risks and abuses during and after their moves, and things are much harder than they had expected. Even so, they almost universally say – they would do it all over again.

Regardless of what drives migration, benefits can accrue to both countries of origin and destination.

Destination countries stand to gain from the science and technology skills of some migrants and from the unskilled labour of others. Migrants pay taxes, which fund host nations’ social security, health and education systems. Migrants have the potential to drive and sustain economic growth.

And because most international migrants are young when they move, continued migration can contribute to the workforce, to slowing population ageing and to postponing population decline in host countries.

There is ample scope for governments to enhance the benefits and dispel misperceptions or myths about costs of migration. Many of these misperceptions are grounded in racism and xenophobia, which must be tackled head-on.

The first United Nations Sustainable Development Goal is to eliminate poverty. Governments can make headway against poverty and spark economic growth by increasing and sustaining investments in the health, education and rights of young people, especially girls. The social and economic boon from these investments can be significant.

Poverty reduction coupled with successful and inclusive development can provide more individuals with the security, capacity and means to reach their fullest potential at home. Because development expands people’s horizons and aspirations, it provides the means for mobility. This is why, despite what many think, people from the poorest countries are significantly less likely to be found outside their countries of origin.

As people move, they face hazards along their journey. Women and girls are especially vulnerable to violence and discrimination. When migrants are separated from family and support networks, the chances of exploitation, violence and human trafficking become much higher.

Sexual and gender-based violence, already the most common human rights abuse, only increases with disruption and displacement. And far too much evidence shows that child, early and forced marriage increases as well.

Lack of access to sexual and reproductive health care is a major contributing factor to death, disease and disability among displaced women and girls of reproductive age.

We all have an interest—and obligation—to ensure universal access to sexual and reproductive health and rights for all people—women and men, girls and boys. This must include migrant and mobile populations during their journeys and on arrival.

Governments, international development partners, civil society and individuals all have roles to play in eliminating negative drivers of migration and building more resilient societies. Fundamental to this are investments in education, health and employment opportunities for young people, especially adolescent girls, who are too often excluded from the benefits of development.

High quality data and information are also critical to help governments understand the motivations, and life circumstances, of migrants, and to locate those in need. UNFPA works to improve the collection and analysis of population data so that investments can be better directed to truly reach the furthest behind first.

Protecting the rights of migrants, especially women and girls, is essential. Human rights are universal and thus apply to everyone, whether they are in their home countries, a host country, or somewhere in between.

UNFPA remains committed to being at the forefront of efforts to protect the rights of migrants, and all people, and to ensure that they have access to the sexual and reproductive health services they need and can live in dignity and safety, free from violence and discrimination.