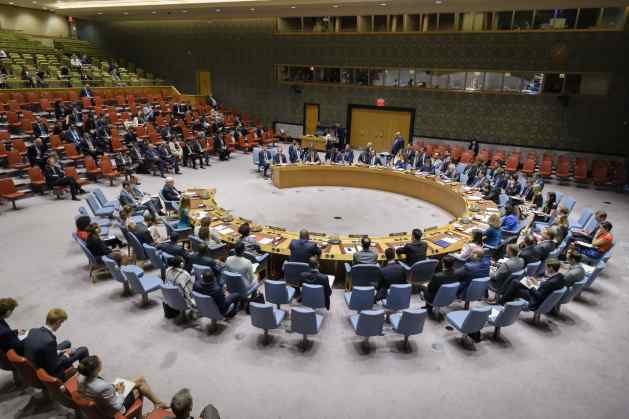 UNITED NATIONS, Aug 29 2018 (IPS) - Saudi Arabia, which has been accused of relentlessly bombing civilian targets in strife-torn Yemen and threatening executions of human rights activists, is fast gaining notoriety as a political outcast at the United Nations.

The bombings of civilians have also led to speculation whether the Saudis and their coalition partners could be hauled before the International Criminal Court (ICC) for war crimes.

In a report titled “44 Small Graves Intensify Questions About the US role in Yemen”, the New York Times said some members of the US Congress have called on the American military to clarify its role in airstrikes on Yemen “and investigate whether the support for those strikes could expose American military personnel to legal jeopardy, including for war crimes.”

Guterres has described Yemen as “the world’s worst humanitarian crisis”, with three in four Yemenis in need of assistance. So far, the UN and its partners have reached out to more than 8 million people with direct assistance this year.

But any drastic action against the coalition—or even an independent UN investigation–  is most likely to be thwarted by Western powers, including three permanent members of the Security Council, namely the US, UK and France, which are key suppliers to the thriving multi-billion dollar arms market in Saudi Arabia.

According to Amnesty International, the Saudis are also seeking the death penalty for five individuals who face trial before Saudi Arabia’s counter-terror court, including Israa al-Ghomgham, who would be the first woman ever to face the death penalty simply for participating in protests.

With a woman activist being threatened with execution, who is next in line? Children?

Daniel Balson, Advocacy Director at Amnesty International, told IPS “The sad fact is that in Saudi Arabia, children and the mentally disabled are not exempt from execution.”

Abdul Kareem  Al-Hawaj was 16 when he took part in anti-government protests., Abdullah al-Zaher and Dawood al-Marhoon were arrested on 3 March and 22 May 2012, when they were 16 and 17 years old respectively. Ali al-Nimr was 17 when he was arrested in February 2012.

Balson pointed out that these cases have several things in common: All four are members of the minority Shi’a sect. All four claimed that their confessions were extracted under torture. All four are at risk of imminent execution. Unfortunately, Saudi authorities have proven their willingness to incur substantial political cost simply to put people to death.

Asked about the continued strong military relationship between the Saudis and Western governments, Balson told IPS that U.S. government officials must, along with their Western allies ban the sale of weapons to Saudi Arabia, not just to dis-incentivize executions but because these weapons cause innumerable civilian deaths in Yemen.

“This isn’t conjecture, it’s a documented fact,” he said.

Late last year, Amnesty documented that a US-made bomb killed and maimed children in San’a. Media reports have indicated that a bomb that killed dozens of children this month was made in the U.S.

“The U.S. must communicate to Saudi authorities that the killing of children – whether by warplane or executioner – is abhorrent,” he declared.

Hiba Zayadin of Human Rights Watch (HRW) told IPS the public prosecutor is demanding the death penalty for five of the six activists currently on trial.

“We do not know of any other woman activist that has faced the death penalty before for her rights-related work and believe this could set a dangerous precedent. It goes to show just how determined the Saudi leadership is to crush any and all dissent, all the while claiming to be on a path towards modernization, moderation, and reform,” she said.

Zayadin said now is the time for the international community to speak up about the human rights abuses increasingly taking place in Saudi Arabia today, especially by allies such as the US, UK, and France.

If the Saudi leadership is truly committed to reform, she said, it would change course, and as long as it does not, the international community has a responsibility to hold it accountable to its promises.

Samah Hadid, Amnesty International’s Middle East Director of Campaigns, said Saudi Arabia is one of the world’s most prolific executioners and the world cannot continue to ignore the country’s horrific human rights record.

“We call on the international community to put pressure on the Saudi Arabian authorities to end the use of the death penalty, which continues to be employed in violation of international human rights law and standards, often after grossly unfair and politically motivated trials.”

Meanwhile, UN Under-Secretary-General for Humanitarian Affairs Mark Lowcock said that at least 22 Yemeni children and four women were killed in an air strike last Thursday (August 23) as they were fleeing the fighting in Al Durayhimi district in Hudaydah governorate.

“This is the second time in two weeks that an air strike by the Saudi-led Coalition has resulted in dozens of civilian casualties. An additional air strike in Al Durayhimi on Thursday resulted in the death of four children,” he added

Lowcock said he was also “deeply concerned” by the proximity of attacks to humanitarian sites, including health facilities and water and sanitation infrastructure.

“The parties to the conflict must respect their obligations under international humanitarian law and those with influence over them must ensure that everything possible is done to protect civilians,” he added.

In a piece titled “US Commander Seeks Clarity in Yemen Attack”, the New York Times said since 2015, the US has provided the Saudi-led air campaign in Yemen with mid-air refueling, intelligence assessments and other military advice.

The US air commander in the Middle East, Lt. Gen Jeffrey Harrigian, has also urged the Saudi-led coalition to be more forthcoming about an airstrike in early August which killed more than 40 children.

Harrigian was quoted as saying “There’s a level of frustration we need to acknowledge. They need to come out and say what occurred there.”

The conflict in Yemen began in 2014 when Houthi rebels, aligned with Iran, seized the capital and sent the government into exile in Saudi Arabia. The fighting intensified beginning 2015.