This is the second part of our series about migration to Italy. 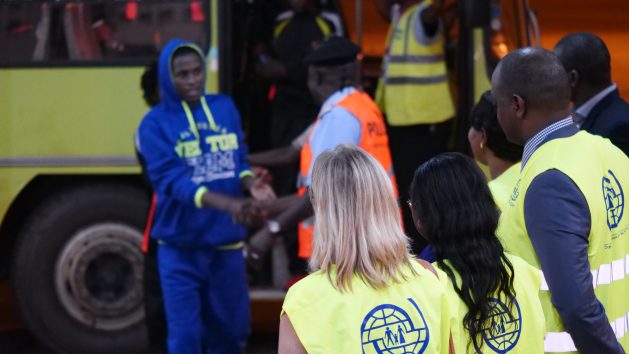 ROME, Sep 10 2018 (IPS) - “The Italian and other European authorities are engaging – on the migration issue – in a policy which has the foreseeable results of numerous deaths.” It is a grim warning from expert on international law, refugees and migration issues, and member of the Global Legal Action Network (GLAN), Itamar Mann.

In February 2017, Italy entered into an agreement with Libya to provide funds to Libyan authorities for the coordination of relief operations in the central Mediterranean. Since the agreement, the Libyan Coast Guard has returned migrants to Libya who attempted to cross the Mediterranean to Europe.

However, according to a recent Amnesty International report both “Italy and the European Union (EU) are bolstering their policy of supporting the Libyan Coast Guard to ensure it prevents departures and carries out interceptions of refugees and migrants on the high seas in order to pull them back to Libya. This is also contributing to rendering the central Mediterranean route more dangerous for refugees and migrants, and rescue at sea unreliable.”

When IPS asked Mann if he thought there was a direct link between the “pull back” of migrants intercepted in the Mediterranean and the increased number of migrant deaths, Mann described this policy as “killing by omission.”

Even though fewer people are attempting irregular migration to Europe since the start of the year, the number of deaths that occur along the Mediterranean route has dramatically increased, according to International Organization for Migration (IOM) and Amnesty International estimates.

According to Amnesty International:

• From January to July 2018, 1,111 people were reported dead or missing along the central Mediterranean route,

• The death rate among those attempting the crossing from Libya has surged to 1 in 16 in the period June-July, 2018, 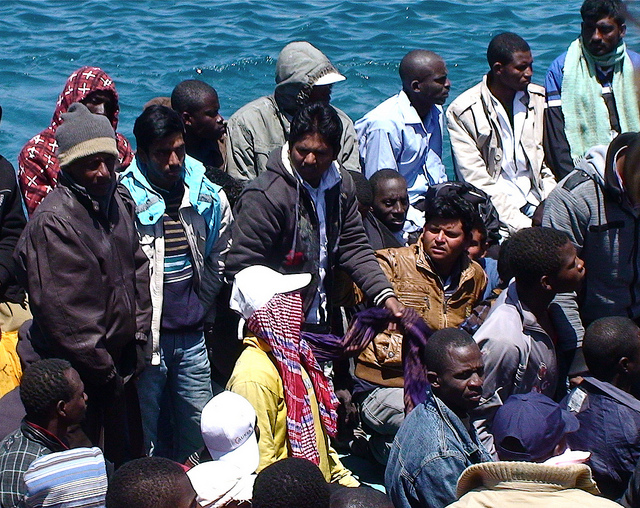 Moral responsibility lies not only with Italy, but Europe too

In May, GLAN filed an application against Italy with the European Court of Human Rights for a 2017 incident where the Libyan Coast Guard allegedly intervened in the rescue, by an non-governmental organisation, of a sinking dinghy. At least 20 people died, including two children, when the vessel sunk. But the Libyan Coast Guard is reported to have engaged in “pull back” and returned the survivors to Libya, where they reportedly endured detention in inhumane conditions and were beaten, starved and raped.

“While Italy retains legal responsibility, the process has been facilitated in multiple ways by the EU, and [therefore] the moral responsibility is not exclusively Italian.” -- Itamar Mann, Global Legal Action Network (GLAN).

According to Violeta Moreno-Lax, a senior lecturer in law from Queen Mary University of London, and legal advisor to GLAN: “The Italian authorities are outsourcing to Libya what they are prohibited from doing themselves. They are putting lives at risk and exposing migrants to extreme forms of ill-treatment by proxy, supporting and directing the action of the so-called Libyan Coast Guard.”

Mann, however, pointed out that, “while Italy retains legal responsibility, the process has been facilitated in multiple ways by the EU, and [therefore] the moral responsibility is not exclusively Italian.”
“The EU, for example, has tried to advance migrant processing centres in Libya, engaged in training of Libyan forces, and turned a blind eye to continued violations. So beyond the legal case, simply blaming Italy and ignoring the larger context would be misleading,” he told IPS via email.

The Italian government is expected to respond in due course to the legal papers.

Italy’s stance on migrants has been reported previously. The country’s interior minister Matteo Salvini was reported by the Telegraph as saying his country would no longer be “the doormat of Europe” as it had been left to largely deal with the migrant crisis on its own. The newspaper reported that in May he had called for Italy’s coast guard and naval ships to be pulled back from patrolling the Mediterranean and brought closer to home.

There have been a number of other reported incidents of alleged “pull back”.

At the end of July, Italian authorities reportedly rescued migrants at sea and returned them to Libya. Also in July, the story of how migrants on the Italian coast guard ship, the Diciotti, were reportedly blocked from disembarking by the country’s ministry of interior generated much criticism and gave rise to a heated debate in Europe. The migrants were eventually allowed to disembark in Trapani, Sicily, after intervention by Italy’s president Sergio Mattarella.

“The repatriation of refugees to Libya is illegal, as international law prohibits the transfer of people, who encounter distress at sea, to ‘unsafe havens,’” Benjamin Labudda, an expert on migration issues and housing conditions of refugees in the European context and a PhD Scientific Assistant at the Institute of Sociology of University of Muenster, told IPS.

‘Non-refoulement’, a well-known fundamental principle of international law, no country receiving asylum seekers can expel or return them to territories where their lives or freedom could be threatened on account of their race, religion, nationality, membership of a particular social group or political opinion.

Concern for migrants sent back to Libya

Flavio Di Giacomo, spokesperson for IOM, told IPS he was also concerned about the return of migrants to Libya.

He said the issue should be kept under close observation, as according to international law migrants rescued at sea should not be returned to Libya, which was “not a safe harbour.”

“We must promote legality, through more residence permits and integration policies,” said Di Giacomo. “A simple closure would be misunderstood by the countries of origin of these migrants. They would only see ‘the rich Europe that sends back the poor Africans.’”

Labudda added that agreements for the distribution of refugees among EU countries must be institutionalised and enforced, as many countries still refuse to welcome refugees.
“A solution regarding the structure of a process of distribution has to be found as soon as possible in the upcoming months,” he added.