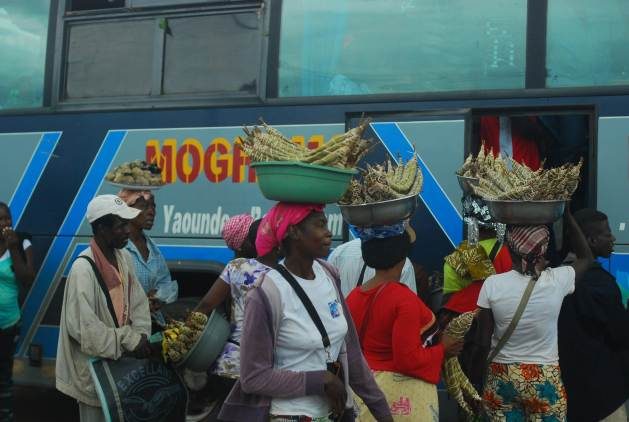 MEDFORD, USA, Mar 7 2019 (IPS) - On March 8, women all over Cameroon will don custom-made dresses sewn of pagne, specially printed for International Women’s Day. They will parade through cities and towns, joining women around the world in celebration of the day.

But this mission cannot be fulfilled if only some women in Cameroon are able to march. Cameroon’s English-speaking areas – home to about 20% of the population – are currently embroiled in a violent crisis. International Crisis Group recently ranked it #8 as part of their “10 Conflicts to Watch in 2019.” Many believe Cameroon is on the brink of civil war.

The women called on Cameroon’s President Biya, currently serving his 7th term, to address the Anglophone crisis. The government’s response? More than 100 women were arrested

The crisis has only worsened. Following the arrests of the Anglophone movement’s leaders in early 2017, the power vacuum was filled by more radical actors. Calling themselves the Interim Government of the Republic of Ambazonia, they are now demanding the Northwest and Southwest regions secede. The separatist group’s rebel forces are known generally as Amba Boys and have attacked both government troops and civilians. Believing schools to be tools of the French central government, the separatists have called for a school boycott. This has only served to hurt teachers and children; 80% of kids in the regions have been out of school for more than two years and dozens of schools have been attacked.

As is typical in humanitarian crises, women and children have been disproportionately affected. The United Nation’s Office for the Coordination of Humanitarian Affairs (OCHA) reported at the end of 2018 that 4 million people had been affected. An estimated 437,500 people have been displaced by the crisis – an 82% increase from the past year. Many of the displaced are hiding in the bush, following attacks on their villages and indiscriminate killings. Aid agencies struggle to access these populations. OCHA reports that the gender-based violence response in the crisis has been weak. A market in Bamenda, the capital of the NW and the location of the initial protests. Credit: Sarah Rayzl Lansky.

Media reporting on the crisis has tended to portray women as victims, or to exclude them all together. Of some 1,964 English articles written on the crisis from October 1, 2016 to today, only 309 (16%) mention women, whereas 1,204 (61%) discuss men. These patterns are all too common in conflict. But experts agree that in order to achieve a sustainable peace, women must be included. Women’s exclusion from the media can have a lasting effect; the Humanitarian Advisory Group writes that media “influences how women perceive themselves and their leadership aspirations.”

But their near invisibility in the media has not stopped the leadership aspirations of a growing group of female leaders. The South West/North West Women’s Task Force is working towards peace and demanding the inclusion of women. The Belinda Babila Foundation has focused on Cameroonian women taking refuge in Nigeria. Stand Up for Cameroon and Mothers of the Nation aim to unite all Cameroonian women in peaceful resistance. A local civil society organization, Pathways for Women’s Empowerment and Development recently tweeted, “The women of the North and South West regions of Cameroon are caught in between a crisis [about which] we were never consulted before it commencement [sic]. We bear the brunt though and call on the men to end hostilities.”

But speaking up in Cameroon is not easy. As part of the Women’s Day activities in 2018, Kah Walla, leader of the Cameroon People’s Party and a former presidential candidate, organized a protest march. The women called on Cameroon’s President Biya, currently serving his 7th term, to address the Anglophone crisis. The government’s response? More than 100 women were arrested. Kah Walla maintains some were tortured psychologically while held in detention.

Alleged human rights abuses have been committed by both the Anglophone separatists and the Cameroonian government forces. This violence must end.

This year, as Cameroonian women celebrate International Women’s Day, wearing matching cloth printed and sold by the central government, they should not only be calling for women’s promotion and equal treatment. Women across the country need to “raise awareness,” per the International Women’s Day Campaign, and stand together to demand dialogue and a resolution to the crisis.

Sarah Rayzl Lansky is a Master’s candidate at the Fletcher School of Law and Diplomacy where she is specializing in human security and humanitarian studies. Sarah Rayzl has lived, worked, and studied in Cameroon.