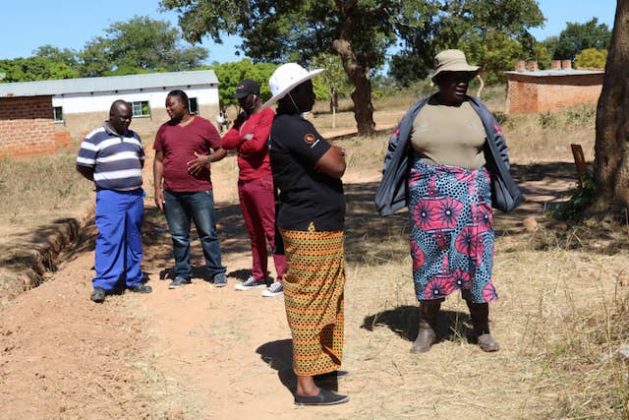 PEMBA, Zambia, Jul 26 2019 (IPS) - Jennifer Handondo, a small scale farmer of Choma district in southern Zambia, plants food crops such as maize mostly for her family’s needs. Because of uncharacteristically high temperatures and low rainfall during the rainy season in March, the divorced mother who single-handedly supports her three children, has not been able to harvest as much as she usually does. So she has diversified into selling seedlings of neem, Moringa and other medicinal trees.

“For me, trees represent money and a livelihood, but not in the wrong way through charcoal production but through these seedlings,” she told IPS. As a value add, she recently diversified into selling leaf powders such as Moringa Oleifera—a scientifically proven food and medicinal tree.

While she earns on average about 78 dollars from selling seedlings and powders each month, she said she earns as much as 5,400 dollars a month  when she has large orders of the Moringa powder. She receives orders for the powder from large local institutions and explained that she usually has to collaborate with other farmers to fulfil these orders.

“My livelihood is based on trees,” she said.

Zambia has a forest coverage of 49.9 million hectares, representing 66 percent of the total land area in this southern African nation and boasting at least 220 different tree species. However, with a deforestation rate of between 250,000 and 300,000 hectares per annum, this rich biodiversity is at risk of being wiped away.

A recent environment outlook report by the Zambia Environmental Management Agency (ZEMA) showed that the country’s high levels of deforestation are not slowing down. The report points to various causes for this, among them illegal indiscriminate cutting of trees and the reckless collection of wood for fuel, charcoal burning, the harvesting of timber, clearing of large tracks of land for agriculture through slash and burn methods, urbanisation and new human settlements.

In addition, the country’s renewable energy connectivity figures are not impressive. It is estimated that only about 25 percent of the population of 17 million is connected to renewable energy sources.

Handondo’s story is different though. A grade nine dropout, she has returned to school and graduated in General Agriculture from the Zambia College of Agriculture. She is passionate and active in forest conservation, participating in tree-planting campaigns and awareness programmes since 2016.
So for her the link to selling seedlings and products from trees as a source of income was an easy one.

She is also a change agent and champion for the World Vision Zambia supported farmer-managed forest regeneration (FMNR) project, which is being implemented in southern Zambia. FMNR is the active regeneration and management of trees and shrubs from felled stumps, sprouting root systems or seeds with the goal of restoring degraded farmland and soil fertility, and increasing the value and/or quantity of woody vegetation on farmland.

“The main objective of FMNR is to empower the community with knowledge to reduce deforestation which has been very rampant in this country,” Shadrick Phiri, World Vision Zambia Agriculture and Natural Resource Specialist, told IPS. 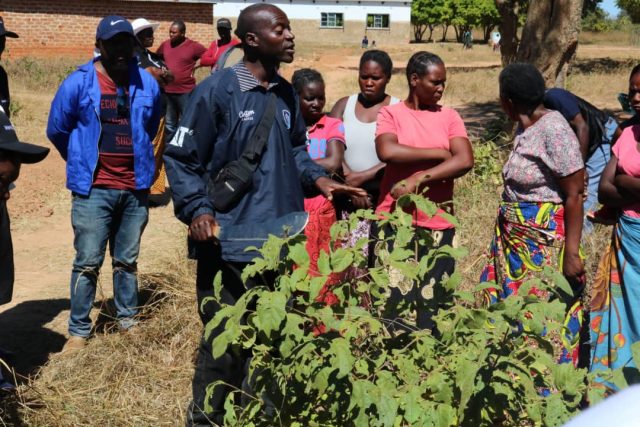 Lucky Choolwe, a field facilitator for Grassroots Trust in Zambia, which engages with land owners and policy-makers to regenerate eco-systems, conducts a practical session with farmers on FMNR. Courtesy: Friday Phiri

According to Phiri, the technique is highly appropriate for rural communities and land that has been degraded to a point where the loss of perennial vegetation cover, biodiversity and soil fertility on farmland is diminishing livelihoods and quality of life.
“FMNR can take place either as an on-farm activity practiced by individual farmers, or in forest areas protected and managed by the community,” Phiri said, adding that the practice is also relevant to the regeneration of grazing lands.

“We have chosen to use a cheap but robust system of regenerating our forests naturally. We currently have 600 farmers under the four area development programmes in Southern Province currently practising FMNR. The figure currently stands at 2,600 households nationally across the 25 area programmes where World Vision is currently working.”

The FMNR project is one of several initiatives in Zambia targeting the restoration of degraded land. Other projects include:

Another intervention working to improve local livelihoods of farmers by revitalising degraded lands, is Plant A Million (PAM). Launched last year, PAM is a United Nations Convention to Combat Desertification-supported project under the Africa-led 3S initiative. It aims to plant at least two billion trees by 2021.

Emanuel Chibesakunda of Munich Advisors Group, a business and investment consultancy firm that developed the concept and is implementing the initiative, told IPS that since the launch an important milestone for rural farmers has been the partnerships with like-minded stakeholders.
Musika Development Enterprise, a non-profit company with a mandate to stimulate and support private investment in the Zambian agricultural market with a specific focus on the lower end of these markets, has been one of these partners.

“Musika provided both technical and financial support to PAM to set up a commercial nursery in order to strengthen rural livelihoods through domestication of indigenous fruit and non-fruit trees in Zambia. This proposed intervention will enhance Musika’s efforts in testing the ‘trees on farms’ concept as a business for the smallholder economy that has the potential to generate socio-economic return on investment and enhance environmental sustainability,” Reuben Banda, Musika’s managing director, told IPS.

The nursery sells readily-available seedlings at an affordable price.

The forum showcased evidence from around the globe that when the authority of local communities over their forests and lands, as well as their rights, are legally recognised, deforestation rates are often reduced.

In recognition that it is this generation who can and must recover the damaged land, governments, civil society and traditional leadership, are using community-centred approaches to achieve land degradation neutrality.

A unique feature of FMNR in Zambia is the targeting of traditional leadership as an entry point.

“As custodians of vast traditional land where most of deforestation activities take place, we believe their involvement is very important in reversing the damage,” said Phiri.
He explained that the community approach has been successfully implemented in Niger and Ethiopia, with millions of hectares of forests under regeneration, while Malawi is equally making steady progress.

At a recently-held community meeting in Zambia, traditional leaders resolved to form Community Forest Committees to enforce FMNR and all related forest management activities in their chiefdoms.

But to achieve this, they requested that the government consider strengthening their authority by giving them powers of enforcement with regards to laws that govern local offences and penalties.

“As traditional leaders, we are of the view that section 19 of the Village Act on offences and penalties be strengthened to give more power to traditional leaders to sternly deal with offenders in our local jurisdiction,” said Tyson Hamamba, a representative of Chief Choongo from Southern Province.

Hamamba said this was the only way to deter rampant charcoal making and deliberate bush fires among other destructive practices leading to alarming forest and land degradation.

According to current laws, chiefs cannot issue a penal sanction against offenders. Their only role is to facilitate arrest of offenders by state police and/or other legally authorised law enforcement agencies.

For Handondo, FMNR is important for the future of the country’s forests. She credits it as being key to the lush growth of her seedling business.
“As a small scale farmer, and a seedling grower for that matter, I have found this practice cheap and easy to undertake. I have noted that we have a lot of stagnant bushes that are not growing because they are overcrowded but when we prune through the practice of FMNR, we have seen that these shrubs quickly grow into trees forming the much needed forest cover because nutrient competition is reduced.”