Nadine Maenza is vice chair at the United States Commission on International Religious Freedom (USCIRF) and the founding Executive Director of Patriot Voices.
Anurima Bhargava is a USCIRF commissioner, a civil rights lawyer who served in the Justice Department under the Obama Administration, and the president of Anthem of Us. 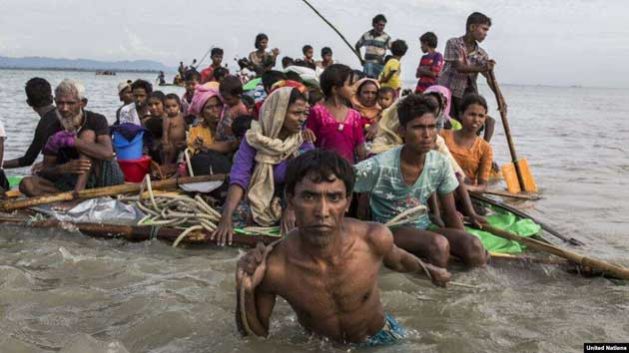 WASHINGTON DC, Aug 26 2019 (IPS) - Monsoon season is currently wreaking havoc on the more than 911,000 Rohingya refugees displaced from their homeland in Burma (Myanmar) to the ramshackle camps of Cox’s Bazar, Bangladesh.

Two years ago, in August 2017, a brutal military crackdown pushed more than 700,000 Rohingya Muslims and other ethnic and religious minorities from Burma’s Rakhine State to flee for safety. The Burmese military has shamefully denied and tried to hide its barbarism, which includes arbitrary detention, enforced disappearances, displacement, rape, torture and arbitrary killings.

And, Burma’s government has repudiated the international community’s attempts to document the crimes committed under international law, all while denying Rohingya basic rights like freedom of movement, access to health care and basic necessities, and citizenship.

Shockingly, those responsible for these heinous crimes—either by the explicit actions of Burma’s military or the complicit indifference of Burma’s government—have thus far faced no serious consequences. Where is the U.S. government’s admonition and strong policy response?

First, it is imperative that the U.S. government decide whether the atrocities committed against Rohingya Muslims, Christians and others in Burma constitute more than ethnic cleansing.

When the U.S. Department of State last year issued its report documenting atrocities in northern Rakhine State, it created an expectation that a more serious determination—either crimes against humanity or genocide—would be forthcoming.

The label “ethnic cleansing” unequivocally fails to capture the full extent of crimes that religious and ethnic communities in Burma have suffered at the hands of the military.

Second, the U.S. government must sanction Burmese military officials and the companies under the military’s control so that those who perpetrated these atrocities are held accountable for their crimes. The U.S. Department of the Treasury has imposed economic sanctions on five military officials and two military units under the Global Magnitsky Human Rights Accountability Act, and the State Department placed travel bans on four other senior military leaders, including the commander-in-chief, Senior General Min Aung Hlaing.

As commissioners on the U.S. Commission on International Religious Freedom (USCIRF) who recently travelled to Burma, we welcome these first steps. 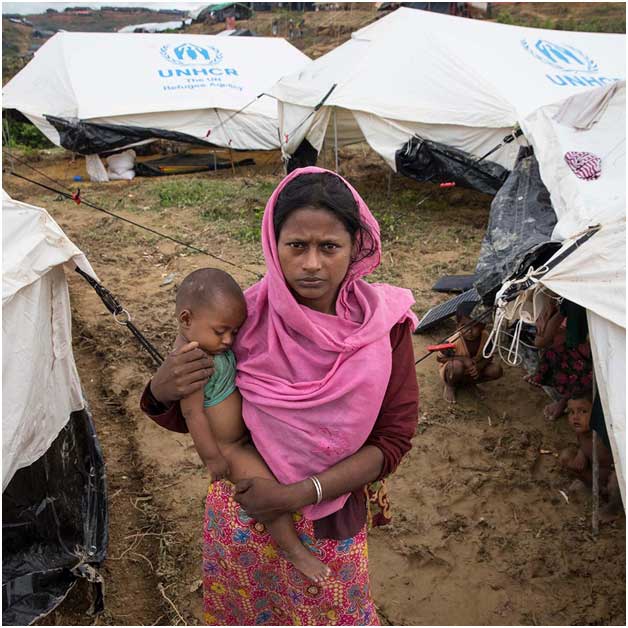 But banning the ability to travel to the United States is paltry compared to the monstrous acts the military has undertaken against religious and ethnic minorities. Targeted tools like economic sanctions must also be imposed on military officials and other responsible parties.

Thanks to a recent report issued by the United Nations’ Independent International Fact-Finding Mission, the international community now has a comprehensive list of the military’s businesses to consider for sanctions.

The entities on the list—including two major holding companies: Myanmar Economic Holdings Limited (MEHL) and Myanmar Economic Corporation (MEC)—are owned or influenced by Burma’s military and use the ill-gotten gains from their business ventures to commit human rights violations.

There may be legitimate concerns about the impact that sanctions or other bans will have on Burma’s economy and the overall bilateral relationship; for example, some fear that sanctions will push Burma into China’s arms.

These two countries are fair-weather friends: chummy when it’s advantageous and oppositional when it’s not. Sanctions by the United States and others will not change this calculus.

Tragically, Rohingya Muslims are not the only victims. Burma’s military and security forces have used the same playbook of ruthless tactics in Rakhine State as they have been using for decades against ethnic minorities—many of whom are Christians—in Kachin and northern Shan states and elsewhere. For two decades, USCIRF has tracked, monitored and raised these abuses with the U.S. government.

For these and other systematic, ongoing and egregious violations of religious freedom, we call on the State Department to re-designate Burma as a “country of particular concern” (CPC) pursuant to the International Religious Freedom Act.

This designation acknowledges that Burma is not living up to its commitments under the Universal Declaration of Human Rights that protects the fundamental right to thought, conscience and religion.

Accountability is paramount, and the U.S. government must lead the way with a strong and substantive response. Yet for Rohingya Muslims and other religious and ethnic minorities, their future also is about justice and the ability to safely and voluntarily return home with dignity.

Rohingya Muslims need to know that they can return—either from refugee camps in Bangladesh or from the internally displaced persons camps in Rakhine State—to their homelands.

Plans by the governments of Bangladesh and Burma to repatriate Rohingya refugees should not move forward until conditions are independently verified as safe and Rohingya are consulted about their return, neither of which has happened. Other religious and ethnic minorities that face ongoing threats from the military and ethnic armed organizations require similar safe returns.

But first, the impunity and cycle of violence in Burma must end, and that starts when the U.S. government—including both the Administration and the U.S. Congress—steps up and leads the way for the international community to take a stand against such horrific human rights abuses.

* This opinion piece was written by the two authors who recently traveled to Burma and spoke with Rohingya Muslims and others.