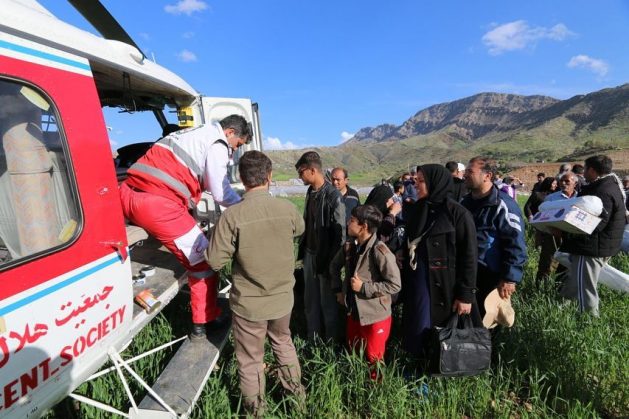 UNITED NATIONS, Aug 6 2019 (IPS) - Two major humanitarian groups have warned that United States sanctions on Iran are stopping cash flows for vital humanitarian work in the country, adding another complication to the growing rift between Washington and Tehran.

Jan Egeland, secretary-general of the NRC and a former United Nations official, warned that support to some 82,000 people in Iran could be cut off by mid-August because his group cannot get funds in to the Islamic Republic.

“We have now, for a full year, tried to find banks that are able and willing to transfer money from Western donors to support our work for Afghan refugees and disaster victims in Iran, but we are hitting brick walls on every side,” said Egeland.

“The sanctions imposed by the U.S. on Iran are so comprehensive that banks are unwilling to facilitate transfers for humanitarian work. If all bank channels are blocked, then so is the delivery of critical aid to vulnerable people.”

Meanwhile, the Geneva-based International Federation of Red Cross and Red Crescent Societies (IFRC) has collected funds from a global flood appeal that it cannot transfer to its local outfit, the IRCS.

“Due to the U.S. sanctions, IRCS has not been able to receive three million euro cash contributions that the Red Cross Red Crescent Societies, governments and organisations have donated to Iran’s flood-hit people through the IFRC emergency appeal,” it said in a statement Sunday.

Last year, Trump pulled the U.S. out of a nuclear deal with Iran and key world powers that had been agreed in 2015, and then ramped up sanctions to pressure Tehran and to lock it out of the global economy.

Trump said the landmark accord negotiated by his predecessor did not go far enough in preventing Iran from building nuclear weapons or do anything to halt its support for foreign militias and ballistic missile development.

White House officials say the sanctions are aimed at Iran’s energy sector and regime hardliners, and do not apply to essential items like food, medicine and humanitarian relief, even while these may have been indirectly affected.

The United Kingdom, Germany and France have taken steps to resist Washington, including setting up a barter-based trade scheme called the Instrument in Support of Trade Exchanges (Instex) to allow business between Iran and Europe that is beyond the U.S. financial system.

However, reports indicate that fears over U.S. sanctions have caused western financiers to shy away from Instex and just a trickle of money has flowed in from European firms, leaving Iran scrabbling for revenue.

According to Egeland, Europe’s bankers are just too scared to move money to Iran despite carve-outs to the sanctions regime.

“Norwegian, European and other banks are too afraid of U.S. sanctions to transfer the money that European governments have given for our vital aid work,” Egeland said in a statement that was released Monday.

“We will run out of cash in two weeks and will no longer be able to provide relief to poor Afghan families,” he added, referencing the more than three million Afghans who fled conflict, poverty and natural disasters at home to neighbouring Iran.

The potential shutdown of aid operations in Iran is just the latest spill-over from an escalation of tensions between Washington and Tehran, amid widespread fears that it could spiral into a military showdown.

At the peak of the crisis, Trump called off air strikes against Iran at the last minute in June after the Islamic republic’s forces shot down a U.S. military surveillance drone in the Gulf with a surface-to-air missile.

Trump has said publicly several times that he is willing to hold talks with the Iranians even as he bashes the cleric-run government as incompetent, graft-ridden, dangerous and a threat to Israel, regional security and U.S. interests.