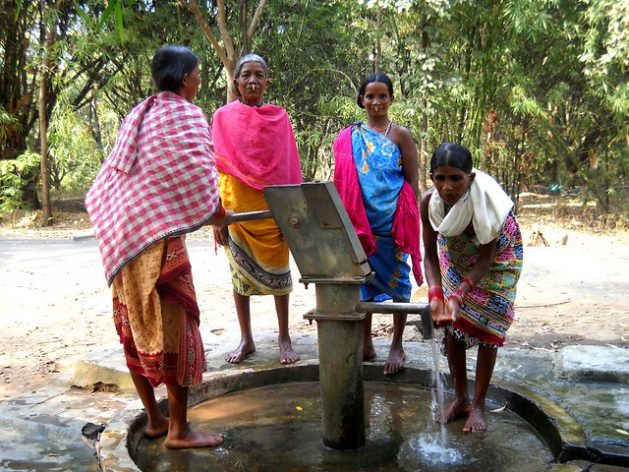 Do women suffer a great loss of employment compared to men after a major health shock such as a serious illness or a disability or both? Credit: Manipadma Jena/IPS

ROME and MASSACHUSETTS, Sep 19 2019 (IPS) - In a life peppered with tragedy, Mary Shelley wrote in 1818, “Have I not suffered enough, that you seek to increase my misery?” That this accurately sums up the fate of many women in South Asia who suffer a major health shock such as a serious illness or a disability or both, is hard to dispute.

The rising burden of non-communicable diseases (NCDs), like cardiovascular, diabetes and cancer, hamper growth in different ways. They reduce the supply of labour and redirect resources from productive investments to health care, and thus drain the public and private budgets, raise business costs and undermine competitiveness.

An important channel through which NCDs affect aggregate output involves labour and productivity losses. A direct impact is a reduction in the number of working-age individuals, due to both increased mortality and reduced on-the-job productivity for the sick. If employees die or suffer from a disease that reduces their productivity, their corresponding contribution to total output is lost for the economy. Indirect productivity impacts involve reduced cognitive abilities and increased absenteeism and worker turnover. Both direct and indirect impacts lead to ripple effects, such as reduced household earnings and reluctance of firms to invest in workers’ training and capacity development, which in turn further hinder economic growth.

NCDs force people into early retirement, and thus reduce overall labour market participation and increase the ratio of dependents to workers. The retired persons often require special medical care and specialized services, which reduce the amount of resources that can be employed in productive activities and add to the cost of firms that provide retiree health care or health insurance. The new replacement workers raise firms’ hiring and training costs. Besides, the expectation of shorter post-retirement life expectancy can lead to lower savings during active life, which in turn contributes to the reduction of the stock of physical capital per worker.

Irrespective of health indicators used – difficulty in activities of daily living such as bathing, dressing (ADLs), self-assessed health, BMI, any illness – adverse health outcomes are associated with reduction in labour force participation and/or work time. Evidence for urban slums in Dhaka (Bangladesh) shows that more than 20 % of adults out of 12000 interviewed take days off from work due to illness in 12 months preceding the survey. In Vietnam, in households where an adult is bed-ridden for 2 weeks or more in the last year, annual workdays are reduced by 8 %.

More often than not poorer households fail to protect their non-medical consumption in response to health shocks while better-off households are able to deal with them more effectively. Besides, health insurance provides partial protection to those insured.

A more detailed analysis of employment losses by gender due to NCDs and disabilities in India offers new insights.

Adapting the categories of duration of employment in the Human Development Survey 2015, we classify individuals into (i) did not work, (ii) worked for a low duration, (iii) medium and (iv) long duration in 2012, the most recent year for which detailed employment data are given. Serious health shocks are measured as more than one NCD and more than one disability. Their employment outcomes are compared with (i) those who were not subject to these shocks, and (ii) between men and women who suffered the health shocks.

Let us first consider women who suffered these shocks.

An overwhelming majority of them did not work – at least 10 percentage points more than those who did not suffer the health shocks. Besides, in low and medium durations of employment, women afflicted with NCDs fared much worse than women without these illnesses. Somewhat surprisingly, in the long duration category, the difference was slight.

The difference between men afflicted with NCDs and those without in not working was minor but the share was higher among the former. However, in medium and long durations of employment, the shares of those afflicted with NCDs were moderately lower than those of without.

Comparisons between women and men inflicted with NCDs show substantially larger losses of employment among the former. A similar picture emerges from a comparison between disabled women and men.

In sum, overburdened with domestic and other chores, victims of domestic violence, malnourished, and denied high quality of medical care when seriously ill, women’s immiseration in morbidity is exacerbated by larger losses of employment. If there is an interplay of male attitudes that allow severe morbidities to develop through negligence, and there is a compounding through resistance of employers to hire sick and disabled women, the challenge of preventing the immiseration is daunting.