KINGSTON REIF is director of disarmament and threat reduction policy at the Arms Control Association and SHANNON BUGOS, research assistant. 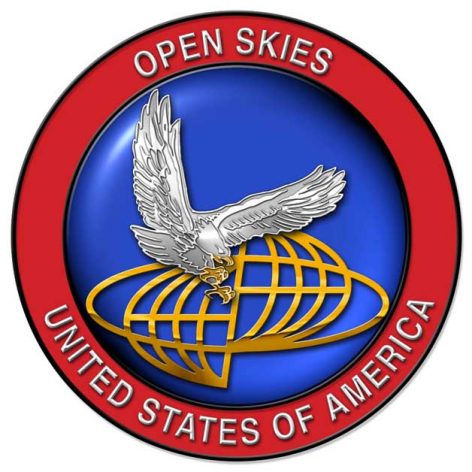 WASHINGTON DC, Oct 18 2019 (IPS) - The Trump administration is reportedly on the verge of withdrawing from the 1992 Open Skies Treaty, according to lawmakers and media reports. Rep. Eliot Engel (D-N.Y.), chairman of the House Foreign Affairs Committee, first sounded the public alarm in an Oct. 7 letter to National Security Advisor Robert C. O’Brien.

“I am deeply concerned by reports that the Trump Administration is considering withdrawing from the Open Skies Treaty and strongly urge you against such a reckless action,” Rep. Engel wrote. “American withdrawal would only benefit Russia and be harmful to our allies’ and partners’ national security interests.”

Following Bolton’s departure in September, White House staff continued to advocate for withdrawal and convinced President Trump to sign a memorandum expressing his intent to exit the treaty. The Omaha World-Herald reported that the signed document directed a withdrawal by Oct. 26.

The lawmakers wrote that “pulling out of the Open Skies Treaty, an important multilateral arms control agreement, would be yet another gift from the Trump Administration to Putin.” They also noted that the treaty “has been an essential tool for United States efforts to constrain Russian aggression in Ukraine.”

The United States and several allies in December 2018 conducted an “extraordinary flight” over eastern Ukraine under the Open Skies Treaty. The flight followed a Russian attack in late November 2018 on Ukrainian naval vessels in the Black Sea.

Republican lawmakers also expressed concern about ditching the treaty. In an Oct. 8 statement, Rep. Don Bacon (R-Neb.) stated that he has “yet to see a compelling reason to withdraw from Open Skies” given the “valuable access to Russian airspace and military airfields” the United States gains from the treaty.

Signed in 1992, the Open Skies Treaty permits each state-party to conduct short-notice, unarmed, observation flights over the others’ entire territories in order to collect data on military forces and activities. The treaty entered into force in January 2002 and currently has 34 states-parties, including the United States and Russia.

According to the treaty, states-parties must give one another 72 hours advance notice before conducting an overflight. At least 24 hours in advance of the flight, the observing state-party will supply its flight plan, which the host state-party can only modify for safety or logistical reasons.

Since 2002, there have been nearly 200 U.S. overflights of Russia and about 70 overflights conducted by Russia over the United States. After the overflight, the information collected must be provided to all states-parties.

In recent years, disputes over implementation and concerns from some U.S. officials and lawmakers about the value of the treaty have threatened to derail the pact.

For example, Washington has raised concerns about Russian compliance with the treaty, citing, in particular, Russia’s restricting of observation flights over Kaliningrad to no more than 500 kilometers and within a 10-kilometer corridor along Russia’s border with the Georgian border-conflict regions of South Ossetia and Abkhazia.

In response, the United States has restricted flights over the Pacific Fleet in Hawaii and the missile defense interceptor fields in Fort Greely, Alaska.

The House-passed version of the fiscal year 2020 defense authorization act included a provision that would reaffirm Congress’ commitment to the treaty and prohibit the use of funds to suspend, terminate, or withdraw from the agreement unless “certain certification requirements are made.”