A highly original research on poverty reduction has won the Nobel for economics.

MANCHESTER, Oct 21 2019 - I met late professor T.N. Srinivasan (popularly known as TN) a couple of months before he passed away in November 2018. Despite his original contributions to trade theory, ¬development economics, inequality and poverty, he never won the Nobel in economics. His colleague at Yale had once ¬remarked that TN would get not one but two Nobels. I was too much in awe of TN to ask this question but my friend asked him directly if he could think of an Indian economist who might win the Nobel for economics in the near future. He said, “Abhijit but not so soon”. He was right but not entirely. 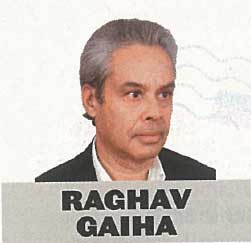 After studying at University of Calcutta, Abhijit Banerjee went to Jawaharlal Nehru University and Harvard, where he completed his doctoral research. He then took up faculty positions at Princeton and in quick succession at Harvard and later at MIT, where he is the Ford Foundation inter¬national professor of economics.

He is that rare economist who moves effortlessly from abstruse aspects of information theory to applied microeconomics in different regions of the developing world. Although highly regarded in all fields that he has worked in, he (along with Esther Duflo and Michael Kremer) is best known for pioneering research in formulating, refining and extending randomised control trials (RCTs) to understand and shed light on alleviation of global poverty. He and Duflo set up the Poverty Action Lab at MIT in 2003, which later became the Abdul Latif Jameel Poverty Action Lab. This network has engaged in impact evaluation, policy outreach and capacity building in 81 countries.

What is an RCT? Borrowing an example from Abhijit’s research, take an experiment to examine the impact of textbooks on students’ test scores. The textbook is distributed to half the class randomly on a certain day. Say, six months later, a test is held and students are graded. If the score of the treatment group—the students who got the textbook—is higher than that of those who did not, it is valid to infer that the higher score is due to the textbook. Neither textbook distribution nor adding teachers improved the performance of the students. The failure of these two variables to influence the results is neither interesting nor surprising. However, scant attention is given to teacher absenteeism, which is rampant in rural schools.

Another widely cited example is the randomised evaluation of a group-lending microcredit programme in Hyderabad. A lender worked in 52 randomly selected neighbourhoods, leading to an 8.4 percentage point increase in take-up of microcredit. Small business investments and profits of pre-existing businesses increased, but consumption did not significantly grow. Two years later, after control areas had gained access to microcredit, but households in the treatment area had borrowed for longer and in larger amounts, very few significant differences persisted. But whether these findings are generalisable to other contexts is doubtful. So the verdict that microcredit is not the miracle it is claimed to be seems doubtful.

Is RCT the magic wand it is widely believed to be? Multi¬lateral agencies, governments and donors were quick to embrace it as it offered a simple tool to ¬assess policy impact. It is not uncommon to get ¬seduced by the charms of RCTs if you are not aware of their limitations.

Angus Deaton, another Nobel laureate, made a succinct appraisal of RCTs. Consider hypertension. There are two different drugs that ¬improve the condition. In clinical trials, one performs better than the other on average. However, management of hypertension may be more difficult in some cases and thus, a drug that is more effective on average may not be in those instances. So, while it is useful to know which drug is better on average, it is not so helpful where specific treatment is required.

Failure of the two educational experiments is attributed to limited learning of the students. Instead of relying on this ex-post observation, it would have been more helpful to embed these experiments in a theory of learning. There are also serious concerns about the spillover effects of an experiment in one village. By word of mouth, good practices may spread to the control group and neighbouring villages, compounding the difficulty of attribution to an intervention. Scaling up may depend on how an intervention is implemented and the context. Macro interventions (such as interest rate ¬reductions to revive the Indian economy), however, are not amenable to RCT as there is no control group.

These comments are not meant to denigrate Abhijit’s highly original and pathbreaking research. He is a worthy recipient of the Nobel. The claim, however,that RCTs have saved millions from abject poverty is exaggerated, if not misleading.

This story was originally published by Outlook