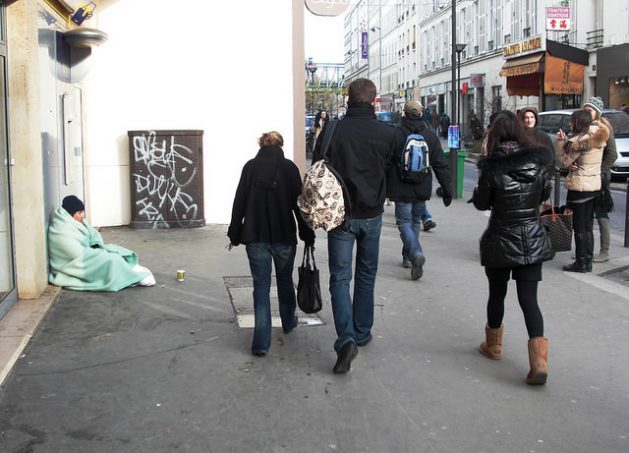 GENEVA, Jan 24 2020 (IPS) - The failure of large-scale bailout operations, historically low interest rates and rapid injection of liquidity to bring about a strong recovery from the 2008-2009 financial crisis and recession created a widespread concern that advanced economies suffered from a chronic demand gap and faced the spectre of stagnation.

The subsequent growth experience has reinforced these concerns.  Since the crisis the US has sustained the longest economic expansion in history, but it is also one of the slowest in terms of income, investment and job creation, lagging other post-war recoveries despite exceptionally favourable monetary policy.

Recovery has been slower and more erratic in Europe. Recently advanced economies have slowed further and global growth in 2019 was the lowest since the financial crisis, intensifying the fear of another recession.

Sluggish investment and growth, rising inequality, low inflation and interest rates, and rapid debt accumulation have become common features of major advanced economies and indeed much of the global economy at large.

These are all interrelated. At the centre of this state of affairs lies inequality ‒ wage suppression and concentration of wealth. It is the main reason for the chronic demand gap, exceptionally low inflation and interest rates, and rapid build-up of debt.

In sharp contrast with a long-standing belief that income shares stay relatively stable in the course of economic growth, there has been a secular downward trend in wage shares in all major advanced economies with real wages falling or lagging behind productivity growth.

In sharp contrast with a long-standing belief that income shares stay relatively stable in the course of economic growth, there has been a secular downward trend in wage shares in all major advanced economies with real wages falling or lagging behind productivity growth

In most countries this started in the 1980s, and continued unabated in the new millennium, both before and after the 2008-2009 crisis.  In China too the wage share started to decline in the 1990s.

Although this was reversed after 2010 as a result of efforts to establish a buoyant domestic consumer market, the wage share in China remains significantly lower than that in major advanced economies.  Wage suppression has been accompanied almost everywhere by growing concentration of wealth, resulting also in greater inequality in the distribution of incomes from assets.

Three factors have played an important role in growing inequality.

First, liberal policies have led to the erosion of labour market institutions, weakening labour while consolidating the power of large corporations.

Second the increased size, scope and influence of finance (financialization) has widened inequality and the demand gap as well as reducing growth potential by diverting resources to unproductive uses.

Finally, globalization has shifted the balance between labour and capital with the integration of China, India and the countries that constituted the Soviet Union into the global economy.

The erosion of labour market institutions and financialization have gone further in the Anglo-American world, and this explains why inequality is greater in the US and the UK than in other major economies.

The growing gap between labour productivity and wages means declines of the purchasing power of workers over the goods and services they produce.  This, together with the increasing concentration of wealth and asset incomes, results in underconsumption.

Although sustained declines in wages would reduce the cost of production and increase the surplus in the hands of the capitalist class, they would also limit the extent of the market since wages are the most important component of aggregate demand.

Wage suppression thus creates the classical-Marxian problem of monetary realization of the surplus ‒ a reason why Keynes also rejected declines in wages as a recipe for unemployment. It adversely affects demand and profits expectations and hinders investment regardless of how low the cost of borrowing is.

Exports can provide a way out.   Until the 2008-2009 crisis, China, Germany and Japan all relied on foreign markets in different degrees to fill the demand gap, using macroeconomic, labour market and exchange rate policies.

GDP grew faster than domestic demand in all three economies thanks to a strong growth in exports. After the crisis China’s exports plummeted and the country first moved to a debt-driven investment bubble and then sought to boost consumption to close the demand gap while moving to a significantly lower growth path.  Germany replaced China as a major surplus country and Japan also increased its reliance on exports to address the demand gap.

However, this solution is not feasible for major underconsumption economies taken together ‒ it faces fallacy of composition and breeds trade conflicts.  The Global South outside China is not big enough to provide an adequate market for the US, Europe, Japan and China.

They would need to run trade deficits in the order of several percentage points of their GDP for each percentage point trade surplus needed to avoid stagnation in the underconsumption economies.  They cannot rely on international capital flows to sustain such deficits.

The alternative is debt-driven expansion.  Sluggish wages reduce price pressures and allow and encourage central banks to create credit and asset bubbles to overcome stagnation without fear of inflation.

There is indeed a remarkable correlation between the declining wage share and declining interest rates.  In the US over the past three cycles the Fed has been quite restrained in raising policy rates at times of expansion while cutting them drastically during contractions, creating a downward bias in interest rates.

This, in turn, makes it difficult for central banks to raise policy interest rates without causing disruptions in financial markets, thereby making low interest rates self-reinforcing.  Indeed, the downward bias in interest rates in G7 countries has been associated with a strong upward bias in debt since the mid-1980s, suggesting that ultra-easy monetary policies made possible by wage suppression and low inflation have led to a debt trap.

Financial boom-bust cycles generated by attempts to reignite growth by monetary easing and financial deregulation exacerbate the stagnation problem by creating waste and distortions on the supply side and reducing potential growth.

Misallocations created by the booms are exposed during the ensuing crises when the economy would have to make a shift back to viable sectors and companies, but this is often impeded by credit crunch and deflation.

Second, boom-bust cycles also aggravate the demand gap by increasing inequality.  In the US, for instance, the crisis impoverished the poor, particularly those subject to foreclosures, while policy interventions benefitted the rich.  In the recovery, the top one per cent captured almost 60 per cent of total growth.

From 2008 onwards real hourly wages stayed behind hourly labour productivity and the share of wages fell both during the contraction and the subsequent recovery.  Two-thirds of households in 25 advanced economies were in income segments whose market incomes did not advance or were lower in 2014 than they had been in 2005.

These imply that when credit and asset bubbles burst and the economy contracts, even a bigger bubble may be needed for recovery and growth.  In the US the bursting of the Savings and Loans bubble of the 1980s was followed by a bigger technology (dot-com) bubble in the 1990s which ended at the turn of the century, followed by an even bigger subprime bubble and bust, leading to more aggressive interest rate cuts and liquidity expansion.

The past ten years have been relatively calm and stable.  Several instances of heightened market volatility including during the “taper tantrum” of May 2013 and on the eve of the first rise in US policy rates in December 2015 did not lead to a lasting turbulence.

However, this period of tranquillity has encouraged excessive risk taking and a rapid build-up of debt, thereby sowing the seeds of future instability, very much as during the so-called Great Moderation preceding the Great Recession.

Permanently low interest rates and massive injection of liquidity have led to a search for yield in high-risk, high-return assets globally.  Starting with the US, major stock markets have reached record highs and global debt has shot up to exceed $255 trillion or 320 per cent of world GDP in 2019.

Emerging economies, in particular, have seen a rapid build-up of private debt in reserve currencies and increased penetration of their markets by international capital and firms, heightening their external vulnerabilities and entailing large transfer of resources to advanced economies through financial channels.

As recognized by the World Bank, despite exceptionally low interest rates, this wave of debt accumulation could follow the historical pattern and eventually end in financial crises.

In the next global economic downturn, an important part of the debt accumulated in the past ten years could become unpayable, leading to debt deflation and asset price declines.  The central banks would no doubt try to respond in the same way as they did during the 2008-2009 crisis.

But the scope for cuts in interest rates are now limited because they are at very low levels and there is already plenty of cheap money in the system.  These may severely compromise their ability to stabilize the economy.

A countercyclical Keynesian fiscal reflation may save the day, but much more would be needed to address the structural demand gap and its underlying causes: a permanently bigger government financed by progressive income and wealth taxes and money printing; greater state ownership of productive assets and control over economic activity; income redistribution through the budget; a level playing field between labour and capital; a shift to wage-led growth; and taming financial capital.