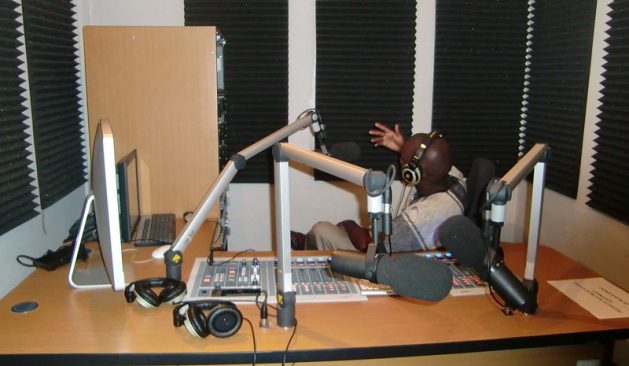 BULAWAYO, Zimbabwe, Feb 18 2020 (IPS) - Zimbabwe is making fresh commitments to open up its airwaves with government promising to issue licences to private television and community radio stations before the end of the year.

However, since President Emmerson Mnangagwa’s disputed 2018 election victory, his administration pledged to undo years of government’s stranglehold on the operations of the press, with the issuing of community radio and television licences — a move that would end the publicly-funded  Zimbabwe Broadcasting Corporation’s (ZBC) television monopoly.

Two years on, and activists say nothing has happened despite government commencing its outreach programmes to solicit for views from the public last month.

Though last week permanent secretary in the information ministry Nick Mangwana told journalists that by August the country will have up to 40 community radio stations and 12 television stations.

But Tabani Moyo, national director of the Zimbabwe chapter of the Media Institute of Southern Africa (Misa), still needs a lot of convincing.

“Over the years government has made the same promises and have put stringent conditions concerning who can be licensed. Broadcasting is capital intensive but government says there should be no foreign direct investment and locals just do not have the money,” Moyo told IPS.

“What we have seen is that those private radio stations that exist have links to the ruling elite, we cannot be excited about these new pronouncements,” he said.

Since the beginning of the year, government has held countrywide public hearings to gather views on what communities want with regards to community radio stations.

But the path to press freedom has not gone smoothly.

“There are concerns about the manner in which the sensitisation programmes were done namely the deliberate targeting of mainly local leaders with minimal attendance from the community. Community radio is about the people and they should be at the forefront of the formation and operation of the stations,” said Vivienne Marara-Zhangazha, national coordinator of the Zimbabwe Association of Community Radio Stations (ZACRAS). While the country has no community radio stations on air currently, ZACRAS is an umbrella body of local initiatives, and, among other things, has lobbied regulators and politicians for the quick granting of licences.

“The freeing of the airwaves should not be cosmetic but really be transformational in as far as diversity and plurality is concerned. Government should also continue to engage stakeholders so that there is inclusivity and engagement in the broadcasting diversity discourse,” she told IPS. 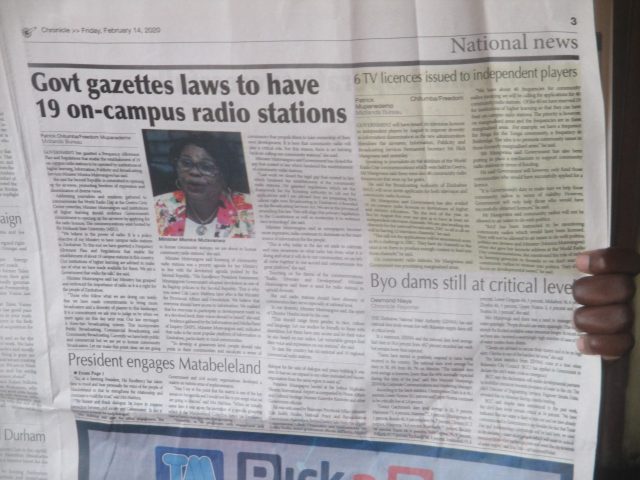 Zimbabwe is making fresh commitments to open up its airwaves with government promising to issue licences to private television and community radio stations before the end of the year. Credit: Ignatius Banda/IPS

Government has, however, made its intentions clear with the information ministry warning that community radio stations will be under strict monitoring and will not be allowed to discuss politics.

“Government will never be sincere when it comes to media freedom. They are under pressure to implement the reforms they promised when they took power so that they get sanctions lifted. But if you look at the whole thing its just a joke. We will end up with decentralised community radios than proper radio stations,” said Zenzele Ndebele, a journalist and press freedom activist.

“We are concerned that as always licences will be granted to those connected to the ruling party,” Ndebele told IPS.

“Community radio initiatives are ready to go on air. However, with community radio there is always a need for continuous support around technical training and equipment provision. For example, at the moment we are not aware of the approved technical equipment that community radios will be allowed to use. So once those grey areas are addressed and licenses awarded we expect to see a change in our broadcasting space,” said Marara-Zhangazha.

Zimbabwe has no private television stations and Moyo told IPS that this is not likely to change as the Broadcasting Authority of Zimbabwe had already issued six more more channels to state-controlled national broadcaster, ZBC.

“It is clear that government does not want to break with the past. The ZBC is already struggling with capacity yet they have given it more channels and private broadcasters are expected to compete for the six more channels that have been set aside,” Moyo told IPS.

“Government has also put in place exorbitant fees for creators of online content. Anyone who wants to broadcast online will be subjected to laws that require them to pay up to $8,000. The internet should be free but what this law means is that prospective online broadcasters fold before they even start,” he said.

Since the country’s independence in 1980, Zimbabwe has been known for its suppression of press freedom, with independent newspapers especially being subjected to attacks from government officials.

But as the year begins with the announcement by the ministry that as early as August, community and television stations will be licensed, media rights activists are not holding their breath.