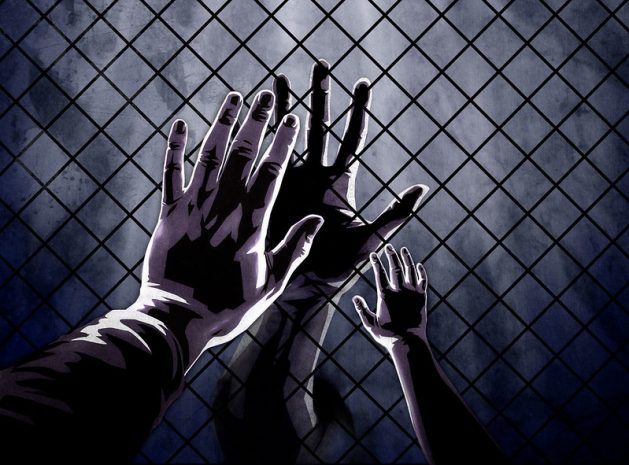 Amnesty International says that magistrates in Madagascar have failed to effectively play their role in limiting the length of pre-trial detention and preventing or ending arbitrary detentions. Courtesy: CC by 2.0/Jared Rodriguez / Truthout

UNITED NATIONS, Aug 28 2020 (IPS) - The recent killing of 22 prisoners in Madagascar during a prison escape on Sunday, Aug. 23 has brought the extraordinary situation of the country’s prisons under a spotlight. Human rights watchdog Amnesty International has condemned the killings, criticising the current judicial system that has led to Madagascar’s prisons holding more people awaiting trial than convicted criminals.

News sources have reported the death of 20 inmates in a shootout by police and the army during the prison break on Sunday, during which 88 prisoners attempted to escape Farafangana prison. Thirty seven were eventually captured, with the remaining 31 inmates still at large, according to the reports.

Tamara Leger, Amnesty International Madagascar programme advisor, told IPS that the current judicial process requires anyone, even those accused of a crime, to be put behind bars until trial.

This means, many of them “can be waiting for a trial for years, with little or no information on their cases,” she said. “This has led to the extraordinary situation where Madagascar’s prisons hold more people who have not been convicted than those found guilty.”

Amnesty International’s report on the issue claims that the escape was in protest of the “squalid” living conditions, prolonged pre-trial detention, or getting pre-trial for minor offences such as “theft of a toothbrush”, among other issues.

Mass prison breakouts are not uncommon in Madagascar, and human rights experts say the squalid living conditions in the prisons don’t make it easy on those being detained.

Leger said that 75 percent of the children who are currently being detained in prisons across Madagascar are in the pre-trial phase. She added that the authorities’ use of “unjustified, excessive and prolonged arbitrary pre-trial detention” leads to a range of human rights abuse: right to liberty, presumption of innocence, and to be treated with humanity and with respect for the inherent dignity of the human person.

Excerpt of the full interview below. Some parts have been edited for clarity purposes.

Inter Press Service (IPS): How does Madagascar’s criminal justice system affect its vulnerable communities?
Tamara Leger (TL): The majority of pre-trial detainees were men (89 percent), who are affected more directly by the lengthy and inhumane conditions of detention and the severe overcrowding. Even though women constitute about six percent of the prison population, and children make up five percent, they are disproportionately affected by some of the system’s consequences through gender-based and aged-based violations.

The government has failed to prioritise much-needed support for the criminal justice system, which has resulted in poor allocation of human and material resources. Most prisons visited lacked basic resources, critical to the functioning of the prisons, including transport, furniture, sufficient food for detainees and even sheets of paper.

In addition to the severe lack of resources, the lack of training of staff, the poor coordination among the judiciary and the prison institutions, the slow pace of police investigation, and delayed judicial disposal of cases has meant that thousands of people continue to remain detained in prisons for months and years without a trial. Magistrates have failed to effectively play their role in limiting the length of pre-trial detention and preventing or ending arbitrary detentions. Instead, they have adopted a punitive approach — deliberately sending people to pre-trial detention, on a weak and twisted defence of “being seen to be doing justice”, and a conservative approach to using alternatives to detention.

It is mostly economically and otherwise disadvantaged people – the uneducated and underprivileged from rural areas – who are subjected to unjustified, excessive and lengthy pre-trial detentions. The majority of them spend long months or years in prison for non-violent, often petty offences like simple theft, fraud and forgery. With little knowledge or awareness of their rights and even less means to defend themselves, the poor and the marginalised are also the most likely to suffer the most from their detention.

IPS: How have prisoners been affected during the pandemic and what kind of services were provided to them?

TL: According to our research, the pandemic has made the conditions of detention, which were already extremely difficult, even more unbearable. Our sources on the ground report that detainees can no longer receive visits from their relatives and lawyers, which constituted for many their lifeline. Indeed, most detainees relied on their families to receive adequate food during their imprisonment, as the food provided by the prison administration is often extremely poor in quality and quantity.

In addition, detainees fear becoming infected with COVID-19. The overcrowding is such that it is very difficult for the government to implement the necessary measures to prevent the spread of coronavirus within the prisons. Pre-trial detainees and sentenced detainees are held all together in big, cramped rooms by lack of space (international law provides that these two categories must be separated), so it is hardly possible for detainees to practice social distancing. Furthermore, detainees fear that if they do fall sick, they will not have access to appropriate healthcare.

IPS: The report also claims “We have warned the authorities time and again that the squalid detention conditions in Madagascar, compounded by overcrowding and a lack of resources, would lead to tragedy.” Were these conditions squalid even before the pandemic?

TL: Yes, absolutely. Amnesty International has documented the conditions of detention in our report published in 2018, which you can find here. Amnesty International’s visits to the nine prisons revealed the appalling conditions in which pre-trial detainees are held. Dark and with little ventilation, most cells are extremely overcrowded, posing serious risks to the detainees’ physical and mental well-being.

In 2017, 129 detainees died in Madagascar’s prisons, 52 of them pre-trial detainees. According to prison authorities, the main causes of death are respiratory problems, cardiovascular diseases, and what they describe as a general bad state [of health]. Prisons are dilapidated, ill-equipped, with lack of financial, material and general support. Prison staff complained about the lack of resources, ranging from sheets of paper, to computer equipment, furniture and transportation.

None of the prisons visited provide any separation between pre-trial and sentenced prisoners, as provided in international human rights law and standards, with three not even appropriately separating boys from men. The prison administration reported that only 24 out of 42 central prisons have a separate section for minors, and that more than a hundred minors were held with adults, in violation of international and national laws. Girls were not separated from adult women, and even in new prisons being built, the separation between girls and women is not being planned. Across all the prisons visited, researchers observed poor sanitation, absence of healthcare, lack of adequate food, educational or vocational opportunities and limited access to families.

IPS: It appears that prison breaks are not uncommon in the country. Has it always been met with this level of violence from the state?

TL: Unfortunately, prison breaks aren’t uncommon because of the lack of resources and overall, the lack of prioritisation of the prison system in the country. There is an acute shortage of key staff within the criminal justice system, ranging from the number of judiciary police officers, to magistrates, lawyers and prison staff. The budget allocated to the prison administration and the judiciary is insufficient to enable effective functioning of the criminal justice system. While this has been a particularly violent response from the state, security forces in Madagascar unfortunately often resort to excessive and disproportionate use of force, including lethal force, particularly in their fight against alleged ‘dahalos’ (cattle thieves).