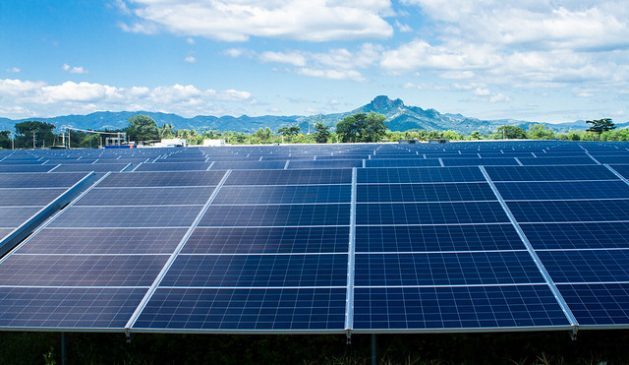 One of the largest photovoltaic installations in Central America, with 320,000 solar panels, located in the center of El Salvador. Latin American countries are betting on solar energy as the central pillar of the energy transition, reinforced by the commitments made in the Paris Agreement on climate change. Credit: Edgardo Ayala / IPS.

MEXICO CITY, Sep 25 2020 (IPS) - The economic recovery after the covid-19 pandemic, renewable energy, the gas situation, regulations and investment; mobility and transport, as well as new technologies and the progress of the Paris Agreement will be discussed at the Madrid Energy Conference from 28 September to 2 October.

Jeremy Martin, vice-president of the non-governmental Institute of the Americas (IoA), told IPS from its headquarters in the U.S. coastal town of La Jolla, California, that the second Madrid Energy Conference had to adjust its format to a virtual one, as all the meetings have done since March.

“But the goals and objectives are the same: to address the way energy is generated, distributed and consumed, as well as the investment needed in Latin America to drive the energy transition and its link to Europe,” explained the vice-president of the Institute organizing the conference.

The dialogue, the first edition of which was held in the Spanish capital in 2019, will bring together ministers and deputy ministers from various Latin American and Caribbean countries, as well as 20 company presidents and more than 400 delegates from international bodies, such as the intergovernmental International Energy Agency and the Latin American Energy Organization, and experts from both continents.

"Without a doubt, the pandemic and the crisis it has triggered have led to growing attention and calls to redouble efforts towards an energy transition that will help the world reduce CO2 emissions"
Jeremy Martin

The first day of discussions will focus on the relevance of the Paris Agreement, signed in 2015; the climate crisis in the context of the pandemic; and the situation of renewable energy in Latin America.

The second day will focus on financing the post-Covid recovery and the energy transition towards lower carbon models and mergers and acquisitions in the energy sector.

In the fourth group of sessions, speakers will discuss gas, the perspective of oil corporations and the role and impact of regulations on hydrocarbon companies.

The closing of the virtual conference will deal with energy digitization and artificial intelligence, carbon capture and storage (CCS), the gas generated by human activities responsible for global warming, and methane, whose polluting power is greater than that of CO, and the situation of hydrogen, seen as an alternative to fossil fuels, in Latin America and Europe.

As a result of the coronavirus pandemic which appeared in China at the end of 2019 and has spread rapidly throughout the world, nations have suffered economic recession, a fall in energy consumption and tourism, as well as thousands of deaths and job losses.

In response, countries have implemented packages of social and economic measures with different degrees of depth.

For Leonardo Beltrán, a Mexican non-associated researcher at the Institute of the Americas and a participant in the forum, the conference attracts the most relevant actors to consolidate the energy dialogue.

“There are opinion leaders, company executives who develop business and technology, and officials. The forum allows for the exchange of ideas, and a new vision can be developed, thus consolidating energy integration for the region,” he told IPS in Mexico City. 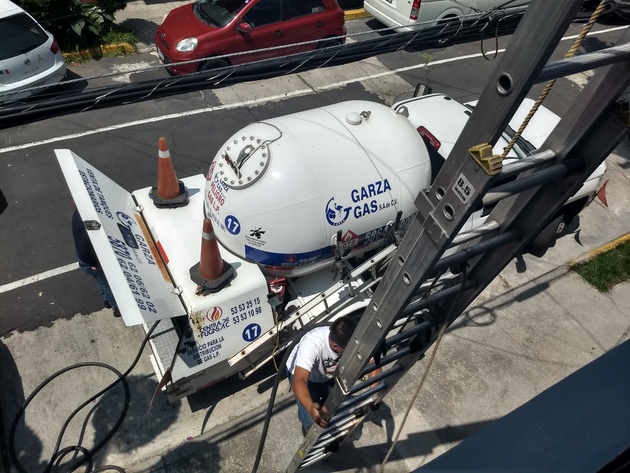 Domestic gas and its role in the energy transition will be one of the topics to be debated at the Madrid Energy Conference, which will virtually bring together senior representatives of governments, intergovernmental organizations, business and civil society organizations. In the picture, gas charge for residential consumption in a southern neighborhood of Mexico City. Credit: Emilio Godoy / IPS

It will also allow us to analyze the progress of the Paris Agreement on climate change, signed in 2015, which for Beltran is crucial “now more than ever”, because of the consequences of the pandemic, such as the sharp slowdown in the global economy, the reduction in energy consumption, the contraction in tourism and the disruption of trade.

“Forced by the pandemic, we are seeing the effects of highly polluting industries, which have a large carbon footprint, and so the magnifying glass is being put on these sectors. The source of these emissions is fossil combustion,” he said.

The also former Undersecretary of Energy recalled that the Paris Agreement is linked to the efforts that its participating governments have to make and whose progress will be the subject of dialogue during the Conference. “Everyone has committed to reducing their footprint with short, medium and long term goals,” he said.

Beltrán considered that in global terms, Latin America can exhibit “ample room for maneuver” at the Conference due to its low carbon footprint and a clean energy matrix at increasing levels.

In addition, the European Union’s (EU) “Next Generation EU” plan, announced in June and worth $830 billion, can serve as a model for Latin America, with more than a third going to projects to increase energy efficiency, reduce dependence on fossil fuels and preserve nature. Financing will be subject to environmental requirements.

Martin agreed with the existence of the European alternatives from which the Latin American region can take upon.

“Again this year we will look at developments in Europe with a view to how they can contribute to policy and investment frameworks in Latin America”, he said.

“Without a doubt, the pandemic and the crisis it has triggered have led to growing attention and calls to redouble efforts towards an energy transition that will help the world reduce CO2 emissions,” Martin added.

The specialist stressed that in many Latin American countries the focus has been on how to manage hydrocarbons, with the lens on the energy transition.

European energy companies are investing heavily in the region, and the EU has set up lines of cooperation to help in the face of the pandemic.

Mechthild Wörsdörfer, director of Sustainability, Technology and Outlooks at the International Energy Agency (IEA) and a speaker at the conference, told IPS that “having a set of pre-existing policy objectives, programmes and delivery channels for financial services can help countries implement recovery measures more quickly.”

The official from the energy coordinating body of the major industrial countries said from Paris, the headquarters of the IEA, that they can also help ensure that these measures “are consistent with national objectives for medium- and long-term sustainability.”

Wörsdörfer also considered that the recovery plans for the economic crisis caused by the covid can be linked to the Paris Agreement through the measures that countries adopt to comply with the treaty, “to help select recovery measures that also allow climate and other sustainability objectives to be met.”

All of this will be discussed in this virtual edition of the second Madrid Energy Conference, which will analyze the challenges that the pandemic and post-pandemic have placed on a sector that was already subject to the special challenges of a historic transition in its sources, matrix and consumption.