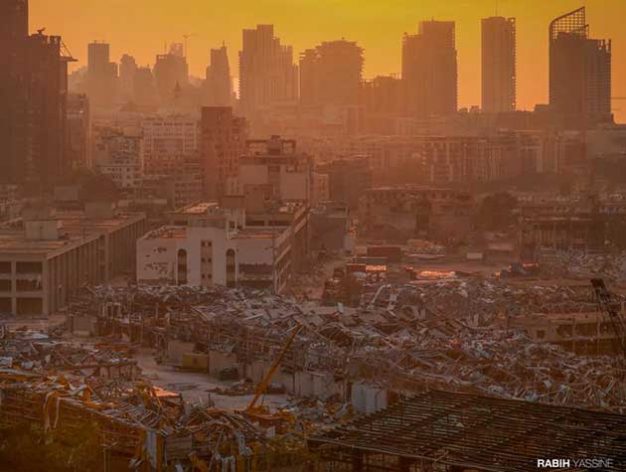 BEIRUT, Lebanon, Feb 1 2021 (IPS) - Humankind is no stranger to the destabilizing events of 2020. The state of the global economy and the outbreak of the COVID-19 pandemic hit the headlines. In this ever escalating global crisis, Lebanon, has been facing what can only be described as unimaginable hardships. For the past year the country has seen challenges which have resulted in an utter state of hopelessness and rapid deterioration in mental health of many of its citizens.

The country has been facing a high rate of youth unemployment, with 55% of the Lebanese population already living under the poverty line according to the United Nations Economic and Social Commission for Western Asia (ESCWA). Followed by an almost complete devaluation of the Lebanese currency due to ever-growing political uncertainties and national lockdowns to tackle the pandemic, Lebanon is faced with one of its worst economic crises. The aforementioned obstacles reinforced pre-existing socio-economic inequalities in the country that has taken a heavy toll on the state of mental health of the Lebanese people.

In fact, shortly after the economic collapse in July 2020, alarming reports made headlines about the double suicides that occurred on the same day, a Friday, mainly because of the financial instability that people are faced with. On 3 July, a man in his 60s stood in front of a café in the city of Hamra and shot himself in the head in broad daylight, leaving behind a copy of his clean criminal record with a message written in red that said “I am not a Kafer” meaning sinner, infidel or blasphemer, and a Lebanese flag. On that same day in Sidon, an unemployed bus driver in his late thirties took his own life.

The middle aged man also wrote “I am not a Kafer” since the act of suicide is culturally and religiously prohibited and considered a sin or taboo in both Islam and Christianity, the two predominent religions in Lebanon. In fact, some families tend to hide the real cause of death of members who have taken their own lives to avoid societal judgment.

The successive misfortunes that befell Lebanon reached a height when one of the deadliest events in its history occurred at 6.07 pm on 4 August 2020; tons of Ammonium Nitrate detonated at the Beirut port, devastating the capital within seconds and causing thousands casualties. Additionally, it is estimated that 70,000 workers have lost their jobs, and 42 percent of affected families who had chronic medical conditions reported that they could not afford continuing treatment, according to the Norwegian Refugee Council (NRC).

When asked about the collective mental state of the Lebanese in 2020, Mia Atoui, co-founder and board member of “Embrace”, a Lebanese NGO that works to raise awareness around mental health told IPS that “We are witnessing increased levels of depression, anxiety and PTSD as a result of all the crises”, stressing on the importance of providing mental health services to people during these difficult times.

According to the latest report created by “Embrace” titled “Post Beirut’s Blast Update”, issue no.9, two months after the Beirut blast, the national hotline for emotional support and suicide prevention received more than 2239 calls, with approximately 67% of those callers expressing emotional distress and around 28% exhibiting suicidal tendencies. Those numbers reveal the state of mental health faced by the Lebanese. “Embrace Lifeline (1564) received more than 6,100 calls to its hotline in 2020, compared to more than 2500 calls in 2019” stated Atoui. These numbers show that calls have almost tripled from the year 2019 to 2020. 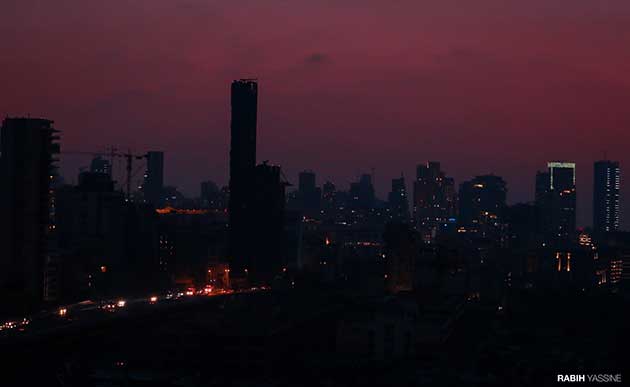 Nowadays, and five months post blast, the Lebanese are still trying to adapt to what seems to be a “new normal” by going about their daily lives, navigating a pandemic that has gone completely out of control.

Lebanese Journalist Cendrella Azar was meters away from the Beirut blast and shared with IPS her mental journey. “Physically, I am a survivor, I healed in no time. Nevertheless, mentally and emotionally, I am still bearing the consequences of the Beirut Port crime I was subjected to. Today, almost six months past the explosion, I still deal with different kinds of symptoms. While I think that I am a normal human being who overcame this traumatic event, I am hit on a daily basis with visions and thoughts. I am physically at home among my loved ones yet mentally I am stuck within the walls of Annahar Newspaper’s building where I was the moment we were hit by the third biggest non-nuclear explosion in human history” stated Azar.

The journalist pointed out the daily stress that citizens are subjected to amidst the new wave of the global pandemic that brutally hit Lebanon. “We transformed into a traumatized nation, suffering from a collective trauma, and bearing so many invisible wounds and scars. We are currently in a national state of shock” declared Azar.

With positive cases of Covid-19 multiplying due to relaxing of governmental restrictions, Lebanon is now seeing a saturation in ICU beds and is heading towards disaster including yet another full lockdown. “The impact of Covid on mental health is a very significant and serious one. People are in a constant state of fear with worry and anxiety; many are losing their loved ones, which is also causing a lot of people to be in grief” explained the mental health expert Atoui. In fact, Lebanon is seeing thousands of new contaminations per day with the peak being 6154 registered cases on 16 January 2021, coupled with an exponential death toll, according to the World Health Organization (WHO).

Mental health hit a low point in Lebanon in the year 2020 with a grey cloud over the country overstaying its welcome. However, Atoui explained that suicides have not increased this year, “most probably because of the Covid crisis and Beirut blast; usually when there are big disasters at a national level we do not witness an increase in suicides, especially after the Beirut blast where there was a lot of social solidarity…” she said. “…However if the crises continues in 2021 we may witness an increase in suicide rates. Currently the rate of suicide in Lebanon is on average 1 person every 2.1 days” stated Atoui.

Atoui mentioned how important it was to assist people mentally during those trying times yet the current skyrocketing prices have made mental health services inaccessible with therapists charging outrageous figures per therapy session. Atoui told IPS that “Even when it [the cost of therapy] was 150,000 LBP (approximately $ 100 at the time), it was not affordable by most people. Now [after the currency devaluation] it has become a luxury. Since Embrace opened its clinic in August 2020, we have provided 690 consultations and we already have a long waiting list”.

A few days into the new year, a middle-aged man set his car on fire in Beirut and attempted to burn himself alive; bystanders rushed to stop him. On 25 January this year, violent anti-lockdown protests erupted in Tripoli, one of the poorest cities in Lebanon. Met by police brutality, the protesters denounced the absence of a sustainable governmental plan and a lockdown that is worsening their economic situation everyday.