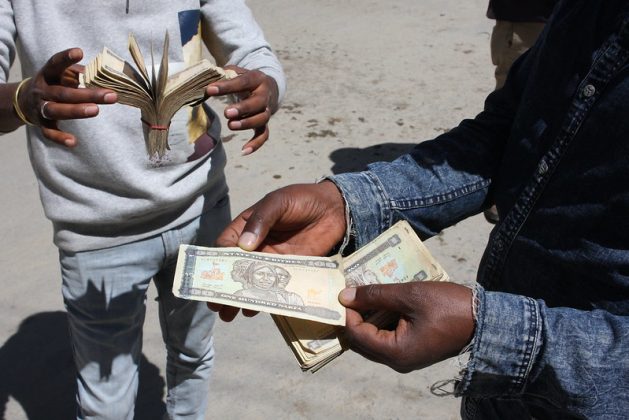 Prospects for post COVID-19 recovery are dangerously diverging, according to the International Monetary Fund (IMF) The United Nations said developing nations have spent 580 times less per capita on their COVID-19 response, in comparison to richer nations, because they do not have the money to do so. Credit: James Jeffrey/IPS

BONN, Germany, Mar 30 2021 (IPS) - The inability of developing nations to spend on post COVID-19 recovery and resilience has placed the world on the “the verge of a debt crisis”. “We face the spectre of a divided world and a lost decade for development,” United Nations Secretary-General António Guterres said on Monday, Mar. 29, during a high-level meeting on financing development post COVID-19.

He said that developing nations needed access to liquidity to allow them to sufficiently respond to the pandemic and invest in recovery and urged the global community to provide this necessary support.

Guterres highlighted the over 2.7 million COVID-19-related deaths and the over 128 million people who fell into extreme poverty over the last year.

He noted that while the world’s rich nations have benefited from an unprecedented $18 trillion of emergency support measures, setting the stage for economic recovery post COVID-19, many developing nations could not invest in recovery and resilience. In fact many have spent 580 times less per capita on their COVID-19 response, in comparison to richer nations, because they do not have the money to do so.

One third of emerging market economies where at high risk for fiscal crisis while six countries had already defaulted on loan payments. Guterres said the situation was even worse for least-developed and low-income countries.

“They face a painfully slow recovery that will put the 2030 Agenda for Sustainable Development and the Paris Agreement completely out of reach,” Guterres warned.

The meeting titled “International Debt Architecture and Liquidity – Financing for Development in the Era of COVID-19 and Beyond Initiative” was convened jointly by Guterres, Jamaican Prime Minister Andrew Holness and Canadian Prime Minister Justin Trudeau.

“We are at a turning point in the COVID-19 crisis,” Guterres said.

He said the stark reality of lack of funding among developing nations was clearly evident in the access to COVID-19 vaccines.

“Many developed countries are on the brink of mass vaccination drives. In developing countries this could take months, if not years, further delaying a global recovery,” Guterres said.

Jamaican Prime Minister Holness said that while vaccine rollouts where gathering pace, “an uneven and inequitable vaccination programme will lead to an uneven global recovery and sadly a re-inforcement of poverty”.

“Unless we are prepared to enter deeper cooperation with fairer, smarter, and broader views of our world and common interests, we should temper our expectations that the crisis is nearing its end,”  Holness said.

While Guterres welcomed that steps that had been taken to date by international financial institutions, noting the G20s debt services suspension initiative and the common framework for debt treatments, he said this was still “far from enough”.

He also pointed out that the common framework for debt treatments was facing difficulties as countries were reluctant to use debt recovery mechanisms as they were concerned this would have a negative impact on their credit ratings.

He said there was an opportunity to address weaknesses in current debt architecture.

“Ultimately we need a shift in mindsets to responsible borrowing and lending.”

Director-General of the World Trade Organisation (WTO) Ngozi Okonjo-Iweala said because of the closure of export opportunities and lowering commodity prices, COVID-19 has worsened debt dynamics for many developing countries.

“The collapse of export receipts from tourism has prompted balance of payment difficulties for many developing countries, especially island economies from the Caribbean to the Pacific to the India Ocean,” Okonjo-Iweala said.

She noted that the beginning of the COVID-19 crisis, trade finance dried up for ‘several’ low-income nations as foreign banks cut existing credit lines or refused to endorse letters of credit unless guaranteed by others.

“Without trade finance countries cannot import the basic necessities, they can only do it by paying cash in advance,” she said, adding that action on trade can help alleviate debt pressures.

She said that by delivering results at the WTO, including at the organisation’s 12th Ministerial Conference (MC12), which will take place in November, “governments can reinforce the predictable framework of rules that underpin global trade and enhance the ability of countries to earn their foreign exchange they need”.

“Lost decades are a policy choice. We can and we must do better,” Okonjo-Iweala said.

Kristalina Georgieva, managing director of the International Monetary Fund (IMF), admitted that while the global economic outlook was improving thanks to efforts on vaccines and unprecedented actions by governments and the international community “prospects for recovery are dangerously diverging”.

“What we can now report is that relative to pre-crisis projections, and excluding China, this group [of developing nations] is projected by 2022 to have cumulative per capita income losses as high as 20 percent,” Georgieva said, noting this would be a one-fifth loss of what was already a lower income to begin with.

The per capital income loss in advanced economies would be 11 percent, she said.

“We need a comprehensive approach to support vulnerable countries and people. And it must include measures at home to improve revenue collection, spending efficiency … as well as very substantial international support, [such as] grants and concessional lending,” Georgieva said.

She said the IMF would do its part through concessional financing. She also noted that the new special drawing rights (SDRs) or supplementary foreign exchange reserve assets defined and maintained by the IMF, of $650 billion, which was endorsed by the G7 earlier this month to address the long term needs for formal assets. She said she submit a proposal in June to provide more transparency into lending.

“A new SDR allocation would support the global recovery, provide substantial direct liquidity boosts to all IMF members, without adding to debt burdens, and freeing up resources for countries under pressure to do what is right and take care of their people and their businesses,”  Georgieva said.

She said in parallel the IMF was exploring options for members with strong financial positions to reallocate SDRs to support vulnerable countries.

She added that action on debt was an integral part of the comprehensive response to COVID-19 recovery.

“For countries with unsustainable debt we are looking for solutions that meet both the near-term liquidity challenges and the longer-term sustainability challenges,” Malpass said, explaining that solutions for both time frames was critical in helping people get access to resources for health, education and climate.

President of the African Development Bank (AfDB) Akinwumi A. Adesina said the COVID-19 pandemic “has devastated Africa’s accounts” in a year that saw 106,000 deaths related to the virus and GDP decline of between $145 to 190 billion.

Despite the current situation, Adesina said that the AfDB projects that the Africa’s read GDP growth would recover from -2.1 percent GDP growth in 2020 to 3.4 percent for 2021. He added, however, that this growth was conditional on equitable access to vaccines and on resolving Africa’s debt distress. He said the structure of Africa’s debt had changed dramatically and its total external debt stands at $700 billion.

He called for the extension of the G20 debt services suspension initiative and for it to also include vulnerable and middle income countries.