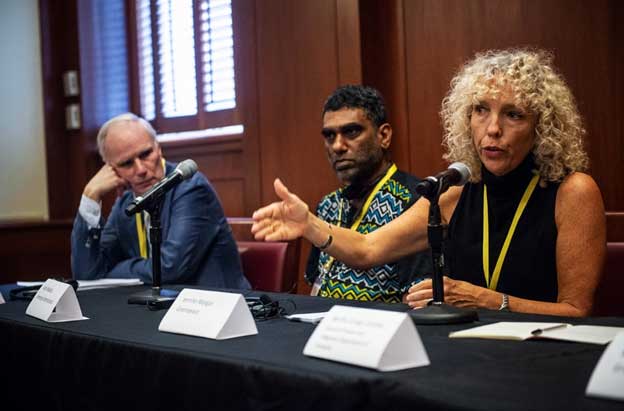 NEW YORK, Mar 1 2021 (IPS) - The climate crisis doesn’t stop for anyone or anything, not even the pandemic that has forced billions of us to radically overhaul our lives. And like the pandemic, climate change has no nationality, agenda or political affiliation.

Both exist to spread where, when and how they can. Another stark similarity is that the impacts of COVID-19, just like the climate emergency, do not treat us equally, as those who self-identify as female are hit the hardest.

The pandemic has taken a disproportionate toll on all who regard themselves as girls, women and womxn, as well as minorities, those with disabilities, older members of our communities, refugees, migrants and Indigenous Peoples.

So much so, the UN Secretary General António Guterres last month said progress on gender equality has been set back years, and within his 2021 priorities described achieving gender equality as “the greatest human rights challenge.”

Deep rooted social injustices, from worker rights to gender inequality, go hand in hand with the climate emergency. Climate denial, like prejudice, is certainly not a victimless crime.

Even though the climate crisis is global, it is impacting low and middle income countries the worst, with self-identifying females the most affected. When climate-fueled extreme weather events strike, it’s those who deny science and block climate action who must answer to the victims on the frontlines.

Though we are in the throes of these interconnected health, environmental, economic and equality crises, creating a better world for all is still within reach. Together, we can move forward on an inclusive green path to recovery, where social justice is our guiding principle.

This means profound systems change with new rules and investments, and not the failed racist patriarchal polluting status quo being merely tweaked. A fairer, healthier, wealthier and safer world for all people is exactly what a transformation in line with 1.5°C – the Paris Agreement’s long-term temperature goal – means.

And it’s what publics across the planet want. In Japan, 60% of people want transformational economic change. While in India, Mexico, China, Brazil, South Africa and beyond, support for a green economic recovery is at 80% or higher.

Over 1.2 million people from across the world have joined campaigns at Greenpeace, Avaaz and others, supporting the call for a bold, green and just recovery in Europe.

A green and just recovery to COVID-19 is the opportunity for governments to kickstart a new economy that helps solve the climate and biodiversity crisis, while ensuring fair wages, employment protections and social safety nets for everyone, specifically for women, womxn and girls.

And as I wrote last year for the Inter Press Service, equity across the world and spectrum would lead to more life satisfaction, better security and economies, and more sustainable solutions to climate change, and now the pandemic.

Millions of people who identify as female have managed to pull together time and again in the name of justice and for saving our beautiful planet. Since the beginning of Greenpeace 50 years ago this year, women have been central, with the organisation co-founded by the extraordinary Dorothy Stowe. 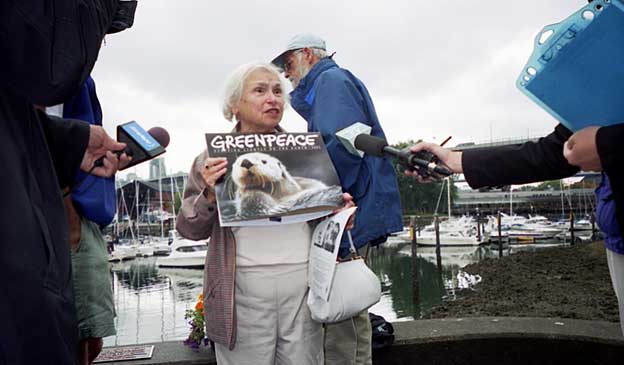 While they have not always been recognised or nurtured as much as they deserved, self-identifying females are very much a leading force within the organisation now and will be going forward.

They are the captains and crew of our ships, executive directors, scientists, cleaners, photographers. They are our campaigners and activists who put their bodies on the line to demand a green, just and peaceful world. Inclusivity is one of our values because there can be no green peace without gender equality.

As Greenpeace nears the 50th anniversary, it is vital we don’t spend too much time looking back instead of forwards. Where we’re going, what we need to do, and the organisation we must continue becoming.

Amplifying the voices of the most marginalised and vulnerable, while boosting their access to opportunities and platforms, is central to the mission of Greenpeace. 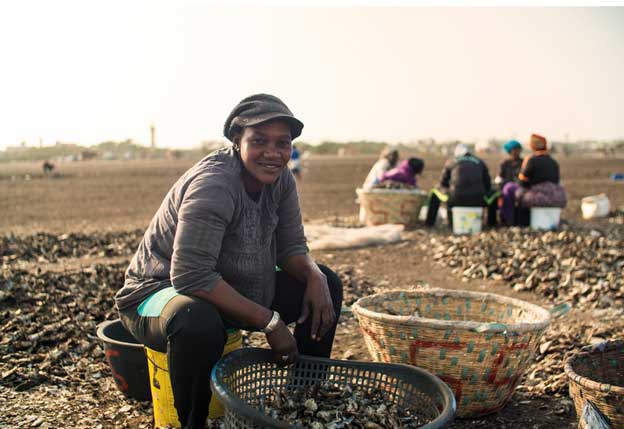 29 Feb, 2020 Stolen Fish in West Africa – Stand 4 Women campaign. Joal and Bargny, Senegal.
Fishmeal and fish oil factories in West Africa are putting at risk food security and livelihood of up to 40 million people. These factories swallow enormous amounts of fresh fish, that the local population need, to feed fish in aquaculture industries, pigs and chickens and even pets in Europe and Asia. Now people are rising up on International Women’s day against the factories. Credit: Julien Flosse / Greenpeace

Like in West Africa, where female fish processors have been standing strong for years against fishmeal and fish oil factories taking away the fish on which their local communities depend.

While they are struggling to make ends meet with few employment rights, the fishmeal and fish oil (FMFO) industry, owned by investors outside Africa, booms. This, as well as overfishing by destructive foreign fishing vessels, is threatening food security, jobs and social stability in the region with women most impacted.

These female fish processors want their West African governments to legally and formally recognise them in the same way as other people doing in any job.

Globally, our oceans are suffering from the plunder of overfishing and illegal industrial fishing as well as serious pollution. We need to stop wrecking our oceans now to safeguard food security and jobs for millions of people, like the West African female fish processors and their communities, and to save our marine environment.

One billion people rely on fish as their main source of animal protein, according to the World Health Organization, while it is estimated that 43 million people are facing food insecurity in West Africa – 20 million of them due to the socio-economic impact of COVID-19.

What we are seeing today with the pandemic and the climate emergency, like with previous crises, is the worsening of the already disadvantaged position of women and womxn in the labour market, alongside the burden of unpaid domestic and care work, and gender-based violence.

Despite the many and intersectional challenges females – as well as non-binary people – face, there are also many remarkable change-makers. From the Nigerian eco-feminist Oladosu Adenike advocating for the restoration of Lake Chad, to Tanya Fields of the BLK ProjeK, who focuses on food justice and economic development for women and youth of colour in the US, to the matriarchs of Wet’suwet’en resiliently opposing the Coastal Gas Link pipeline while protecting their elders from the virus.

No person is safe until all people are safe, just as no country is safe from the virus and the climate emergency until all countries are safe from COVID-19 and the climate crisis. Tackling the pandemic, climate change and gender inequality are urgent priorities, not competing ones.

Global cooperation at unprecedented levels is required to overcome these challenges, as is the brave active citizenship we have seen – and continue to see – by all who self-identify as female; they must be central to solving the climate emergency and overcoming the pandemic.

This year, we have an opening to not just move beyond the ravaging storm of the pandemic, but to do it in a way where we steadily set sail to a fairer, greener and healthier future with the wind at our backs, making some waves on our voyage of victory.