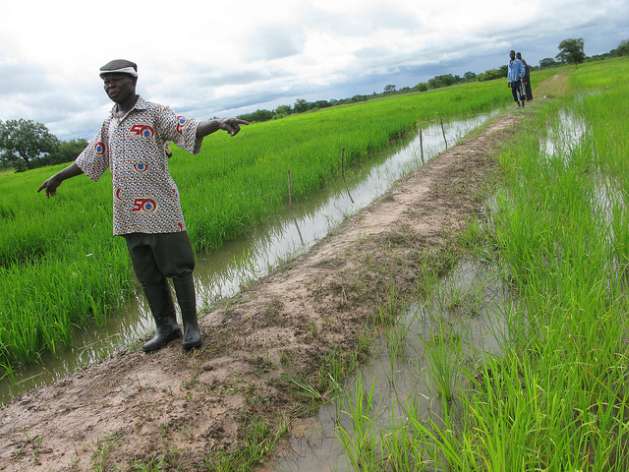 NAIROBI, Jun 18 2021 (IPS) - Every year, people in Sub-Saharan Africa consume 34 million tons of milled rice, of which 43 percent is imported. But the COVID-19 pandemic has greatly hampered supply chains, making it difficult for imported rice to reach the continent. Indeed, if immediate action is not taken, the supply shortfall will further strain the region’s food systems which are already impacted by the pandemic.

Rice imports from Thailand, one of Africa’s largest suppliers, have declined 30 percent due to lockdowns, border closures and general limitations on supply chains in just over one year since the pandemic started.

Consequently, many poor urban dwellers, who traditionally struggle to afford staple foods, now have to contend with more expensive food as the price of the popular Indica White rice has increased by 22%.

These challenges can be viewed as a wake-up call for Africa to strengthen its domestic rice production and achieve self-sustainability. Undoubtedly, the continent has the resources for adequate rice production, and with increased investment, tremendous change can be achieved

On the flip side, however, these challenges can be viewed as a wake-up call for Africa to strengthen its domestic rice production and achieve self-sustainability. Undoubtedly, the continent has the resources for adequate rice production, and with increased investment, tremendous change can be achieved.

Ghana, for example, has increased its rice production by an average of 10 percent every year since 2008, with a sharp 25 percent rise being reported in 2019 following the rehabilitation and modernization of the country’s irrigation schemes. These investments led to a 17 percent rise in the country’s rice self-sufficiency between 2016 and 2019.

And while the West African nation has yet to produce enough rice to meet its local demand, the impressive increase in output makes it a model example of what can be achieved through supportive policies and investment. On this point, the country’s National Rice Development Strategy of 2009 and the Planting for Food and Jobs (PFJ) campaign – launched in 2017 – not only prioritized rice but set ambitious expansion targets for domestic production.

Among the objectives of the two policies were the substitute on of rice imports and the production of higher-quality rice that is acceptable to Ghanaian consumers and can compete with imported products.

These policy frameworks played a pivotal role in de-risking market failures while speeding up the implementation of innovations in local rice production, including those that relate to genomics and e-commerce. At the Alliance for a Green Revolution in Africa (AGRA), we are first-hand witnesses to the transformation, and saw the positive impact of the government’s leadership in the development of favorable policies.

AGRA supported these developments; we helped the government in publicizing its ‘Eat Ghana Rice’ campaign, which sensitized local consumers on the economic and nutritional importance of consuming local products.

The clarion call inspired rice farmers, millers and other private sector players to increase domestic sourcing and marketing. The result, the country’s national production increased from just 138,000 metric tonnes in 2016 to 665,000 in 2019.

AGRA also played a major role in supporting the adoption of innovative technologies in rice production, particularly through the development and distribution of locally adaptable varieties. We remain a key player in availing suitable rice varieties and seed to farmers in the country, a goal we continually pursue by helping train scientists and researchers in the field.

Of the 680 crop breeders that we have trained at post graduate level in Africa since 2006, more than 50, or around 8 percent, have been rice breeders. These professionals have been instrumental in sustaining the production of varieties that are suited to local conditions and yield more per acreage than older types.

We are now delivering such technologies across Africa, and especially in countries with the potential for large scale rice production, most of which are spread across West and East Africa. In countries like Tanzania and Kenya, we soon hope to report a major rise in rice output attributable to our advocacy for the implementation of supportive policies related to the uptake of the best production and marketing practices.

But we cannot do it alone; we believe that investments of a genuinely great extent, like the ones we are pursuing, can only be achieved by the participation of all stakeholders. For this reason, we continue to appeal to all players in the rice value chain to support all efforts aimed at increasing the production of local rice, a crop that holds a leading role in the achievement of food security and economic stability for the continent.