NEW DELHI, India, Jun 21 2021 (IPS) - The June 5th attack on the Muslim family in London, Ontaria, has left many in Canada in a state of shock. A driver intentionally struck the Afzaal family while they were out for a stroll, killing four, because of their Islamic faith. Canadian Prime Minister Justin Trudeau called the killing, “a terrorist attack and a brazen act of violence.” 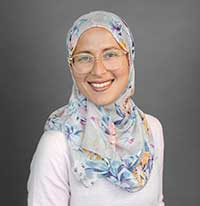 Police in London, Ontario said the suspect, 20-year-old Nathaneil Veltman, a resident of London, has been arrested after the incident, and has been charged with four counts of first-degree murder, one count of attempted murder, and terrorism charges as well. ”There is evidence that this was a planned, premeditated act, motivated by hate,” Detective Superintendent Paul Waight of the London police department said.

A GoFundMe account has been set up on behalf of the Afzaal family which has raised almost $950,644, where the donations, according to the page, will be used as “sadaqa-jariya” – “an important concept within Islam, it is a gift that not only benefits others in this life but also benefits us and our loved ones in the next.”

A petition by a high school student in London is calling on the federal government to take action on Islamophobia and to create a ‘National Day Against Islamophobia’, and more than 19,000 people have signed the petition on change.org. “The multitudes of contributions that have been made by Canadian Muslims to better the lives of Canadians every day. This is why I believe that June 6th should serve as both a day to remember, as well as a day to celebrate and learn about Canadian Muslim contributions and culture,” the petition stated.

The attack on the Afzaal family has now revived conversations about hate crime in Canada, as the country’s criminal code doesn’t explicitly define hate crime, instead there are a few sections that touch on hate. Advocates across the country are also renewing calls for the federal government to review Quebec’s controversial Bill 21 – which prohibits certain public service workers from wearing religious symbols at work, and has disproportionately affected Muslim women those who wear religious headgears.

“When we found out that the police had evidence that this was hate motivated, it was a huge shock. Obviously the initial shock of losing this beautiful family in this way, but to know that it was because someone hated Muslims, it was anti-Muslim hate was also deeply shocking,” Amira Elghawaby, human rights advocate and founding board member of the Anti-hate Network told me in an interview.

“There is this rise of hate groups, white supremacist groups that are against immigration, that are against diversity and against communities of colour, and they have been organizing and pushing their narrative online. While we don’t know what evidence police have in this latest tragedy, what we know is that it was motivated by hate, and we know there is a climate in which some people are able to find in which these types of dehumanisation is occurring,” Amira said.

Earlier this year, a Canadian court largely upheld Quebec law barring civil servants in positions of “authority” from wearing religious symbols at work. Quebec Superior Court Justice Marc-Andre Blanchard said that under “Canada’s constitution, Quebec had the right to restrict the religious symbols donned by government employees.” But it was ruled that this same ban could not be applied to English schools because of protections offered to minority language education rights under Canada’s Charter of Rights and Freedoms.

Quebec, which is a predominantly French-speaking province in Canada, passed the Quebec Laicity Act, a law which was passed in 2019 that bans public teachers, police officers and government lawyers, among other civil servants, from wearing religious symbols at work. This law commonly referred to as Bill 21, was put in place to bolster state secularism, while it doesnt mention any one religion, it particularly affects Muslim women who wear the Hijab and has been referred to “among a paoply of state-backed measures that stigmatise Muslims.”

“There is no direct link to Bill 21 in Quebec to this young 20-year-old man in London, Ontario who made the decision to drive into this family and kill them, but what we can say is that hate is on a continuum and in the middle of that continuum, you have biased state policies, you have discriminations in workplaces, there are other ways in which Islamophobia, racism, anti-semitism and anti-asian racism, the list is long, manifests in the society.

“When you start to say that certain people don’t have the same rights as other people to participate in the society, then that is on that continuum of hate, because it is essentially dehumanizing and delegitimizing citizens from the society,” Amira said.

With hate crime on the rise in Canada, authorities need to be more rigorous in ensuring such laws which send out discriminatory signals – what behaviours are considered acceptable and what aren’t should be thought through with caution.

“Secularism should never have been about what the state can legislate what people can or cannot wear, secularism is about the state which itself is neutral, in its laws and the ways in which it applies and services to its population, but people would be free in a democracy to express their religious expression as they want or don’t want, that’s their freedom and that’s what democracy is all about.

“So when we say that Bill 21 is harmful, it creates the idea that something is wrong with someone who wears a hijab, kippah or a turban, there is something wrong with them, that they are not fit to hold positions of authority, that’s problematic and sends a very negative signal,” Amira said.

Canada needs to take concrete action against anti-Muslim hatred, and tackle the growing Islamophobia which has already seen a 9 percent increase in hate crimes against Muslims in 2019. The recent attack was the worst against Canadian Muslims since a man gunned down six members of a Quebec City mosque in 2017. Muslim women in Quebec have also reported an uptick in harassment and violence, which they have linked to the “passage of and heated discourse around Bill 21”. It is high time Canada acknowledges this problematic law which continues to send dangerous messages across the country.