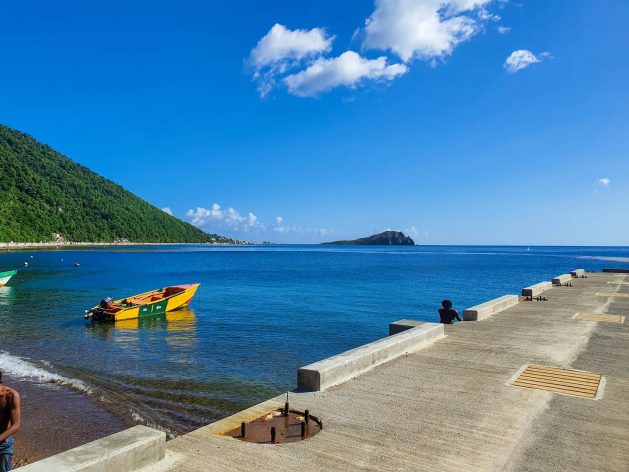 NEW YORK, Aug 24 2021 (IPS) - In 2020, Brazil, Paraguay and Bolivia faced their worst drought in half a century. The Atlantic Basin saw 30 named storms – the most recorded in a single year. Two category 4 hurricanes achieved an unprecedented feat by making landfall in Nicaragua.

The World Meteorological Organization (WMO) says events like floods, droughts, and heatwaves account for over 90 percent of all disasters in Latin America and the Caribbean in the last 20 years.

It adds that warns that climate change impacts are likely to become more intense for the Region.

“Accurate and accessible information is crucial for risk-informed decision-making, and the ‘State of the Climate in Latin America and the Caribbean’ is a vital tool in our battle for a safer, more resilient world,” said Mami Mizutori, Special Representative of the Secretary-General for Disaster Risk Reduction and Head of UNDRR.

While the report lays bare the devastating impact of a changing climate on the Region, it is also heavy on solutions and urgently needed mitigation and adaptation initiatives.

Leaning on Sustainable Development Goal 13, which calls for ‘urgent action to combat climate change and its impacts,’ the WMO wants nations to strengthen their national multi-hazard Early Warning Systems.

While agencies like the WMO and ECLAC say those systems are underutilized in the Region, Coordinating Director of the Caribbean Meteorological Organization Dr Arlene Laing told the virtual event that recent disasters in the Caribbean, including the eruption of the La Soufriere Volcano in St. Vincent and the Grenadines, have underscored the importance of early warning systems to reduce disaster risk and impacts on lives and livelihoods.
“The meteorological service in St. Vincent, for example, supplied weather forecasts to the University of the West Indies Seismic Research Centre for planning their onsite activities. There were red alerts given to fisherfolk, who were advised of poor visibility due to volcanic ash. There was constant communication with the National Emergency Management Organization and the local water authority on heavy rainfall which would lead to rain-soaked ash,’ she said.

Haiti, beleaguered by poverty and political turmoil, has also faced numerous disasters in the past decade. In 2020, Tropical Storm Laura claimed 31 lives in the country, while its citizens and farmers bore the burdens of severe drought. According to the WMO report, Haiti is among the top 10 countries experiencing a food crisis.

“Haiti presents a much more extreme need for this kind of early warning system and cooperation, as they have been experiencing in succession Tropical Storm Fred, an earthquake then Tropical Storm Grace,” said Dr. Laing.

Many Small Island Developing States (SIDS) in the Caribbean know the importance of adaptation and mitigation measures. The problem lies in financing for those initiatives.

Chairperson of the Alliance of Small Island States (AOSIS) Dr Walton Webson told IPS that in the absence of climate finance reform, these nations which contribute so little to global greenhouse gas emissions but bear the highest burden of climate change impacts, will be unable to undertake the projects they need for survival.

“Only 2 percent of total climate finance provided and mobilized by developing countries was targeted towards SIDS from 2016 to 2018. The COVID-19 pandemic has exacerbated our financial challenges and placed us in a fiscally precarious situation. Our needs have multiplied, and we continue to take on debt as our economies are hit and the avenues for concessional finance close for many of us,” he said.

The AOSIS Chair says the Alliance is leading reforms to ensure targeted financial flows to the most vulnerable. This includes developing a ‘multidimensional vulnerability index to address eligibility.’

He added that the Caribbean small island states of Antigua and Barbuda, the Bahamas, Barbados, St. Kitts, Nevis, and Trinidad and Tobago no longer have development assistance.

“Imagine that these climate-vulnerable islands, hit by hurricanes, flooding, and drought, must now find loans at commercial interest rates to invest in early warning systems, water resources, and other climate resilience! We need strong political support at the Highest Level to adopt a multidimensional vulnerability index,” he said.

The release of the ‘State of the Climate in Latin America and the Caribbean 2020’ closely follows the publication of a new report by the Intergovernmental Panel on Climate Change, which warned that ‘human influence has warmed the atmosphere, ocean, and land,’ leading to extreme heatwaves, droughts, and flooding.

Latin America and the Caribbean are already reeling from the impacts of a changing climate.
With 2020 among the three hottest years in Central America and the Caribbean and 6-8 percent of people living in areas classified as high or very high risk of coastal hazards, the WMO says the way forward must include collaboration among governments and the scientific community, bolstered by strong financial support.