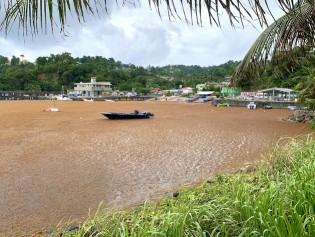 By Desmond Brown
In the face of the many challenges posed by climate change, Panos Caribbean, a global network of institutes working to give a voice to poor and marginalised communities, says the Caribbean must raise its voice to demand and support the global temperature target of 1.5 °C.

By Christopher Pala
A major new study has revealed that the global seafood catch is much larger and declining much faster than previously known.
Next Page »
ADVERTISEMENT ADVERTISEMENT