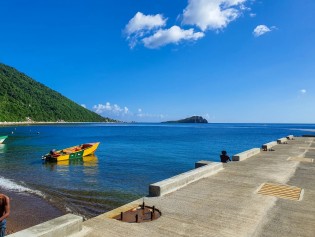 By Desmond Brown
As the clock counts down to the last major climate change meeting of the year, before countries must agree on a definitive new treaty in 2015, a senior United Nations official says members of the Alliance of Small Island Developing States (AOSIS) “need to be innovative and think outside the box” if they hope to make progress on key issues.
ADVERTISEMENT ADVERTISEMENT