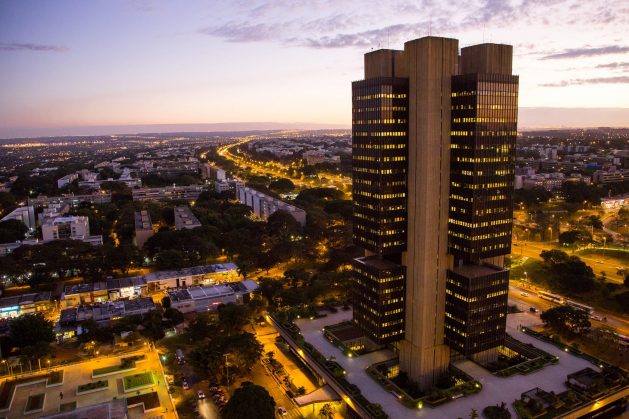 Central banks in Latin America, such as the Bank of Brazil, whose headquarters is pictured here, should create measures to address the climate crisis, such as a catalog of polluting activities that should not be financed and the magnitude of exposure to climate risks, so that financial institutions in the countries stop financing fossil fuels. CREDIT: BCB

MEXICO CITY, Sep 10 2021 (IPS) - Despite the impact that their policies have with regard to the climate emergency, Latin America’s central banks continue to avoid applying guidelines in measures that affect the operation of credit institutions, which distances them from compliance with the Paris Agreement on climate change.

Ilan Zugman, director in Latin America of the international non-governmental organisation 350.org, which promotes an energy transition that eliminates the use of fossil fuels, pointed out that central banks have the power to regulate financial institutions to stop providing resources for polluting activities.

Central banks “can tell banks that they can’t make loans to companies that further aggravate the climate crisis. There is a lot of room for a stronger role,” he told IPS from the southern Brazilian city of Curitiba.

"Industries don't want to leave their activities behind. They put a lot of pressure on governments and bank executives. We need to show more clearly what is happening in terms of climate risks, the losses that governments and central banks could suffer if we don't stop the climate crisis." -- Ilan Zugman

“But so far, that hasn´t been happening in many places, there are very few examples around the world. In Latin America there is nothing like that. They are lagging behind, we see more words than actions,” he argued.

The climate crisis poses challenges for financial bond issuers, investors, insurers, lenders and banking and financial regulators, which means these entities must analyse and provide information about how it affects their business and how their business impacts society and the environment, and in particular the climate.

Latin America is a region highly vulnerable to the impacts of the climate crisis, such as more intense storms, floods, droughts and rising sea levels, and the cost of failing to take measures is extremely high, as scientists and international organisations have warned.

In this region, only the Central Bank of Brazil (BCB) has made some progress – although without yet creating a comprehensive set of rules in this regard – by applying its first regulation on risk management and socio-environmental responsibility, established in 2014.

It launched three public consultations this year on requirements for risk management, reporting and policy on social, environmental and climate responsibility, which were completed in June. The standard will take effect on Jan. 1.

The BCB will implement the disclosure requirements this year, in a first phase addressing qualitative aspects of governance, strategy and risk management, and a second on quantitative facets, such as metrics and targets.

But no Latin American central bank has reported its exposure to the consequences of the climate crisis.

Amaury Oliva, director of Sustainability, Financial Citizenship, Consumer Relations and Self-Regulation at the private Brazilian Federation of Banks (Febraban), said the sector recognises “its role and responsibility” in expanding the financing of activities that contribute to the reduction of polluting emissions and mitigation and adaptation to climate change.

“It is important to continuously improve processes to manage and mitigate the risks associated with climate issues in banks’ activities and in their business with clients, in order to maintain the stability and resilience of the financial sector in this transition process,” he told IPS from São Paulo.

In the view of Oliva, whose federation represents 119 banks, “institutions must work to inform how they are incorporating climate issues into their risk management strategies and processes.”

Over the past three years, central banks around the world have carried out analyses on the need for climate guidelines, acknowledging that the phenomenon can undermine the very stability of the financial system. 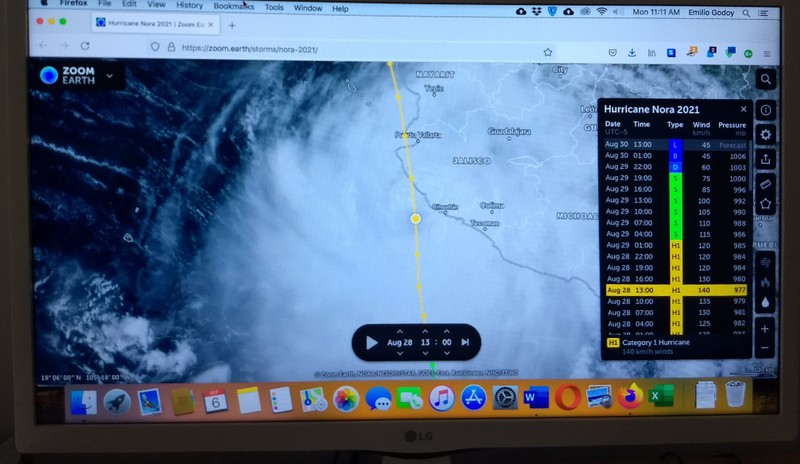 In May 2020, the central Bank of Mexico (Banxico) released the results of a survey in which the country’s banks recognised the importance of the issue and the adoption of some measures. But neither Banxico nor the private Association of Banks of Mexico have disclosed their relation to climate risks.

In July, the Financial Stability Board (FSB), which brings together financial and banking authorities from around the world, published a roadmap that focuses on addressing the financial risks of the climate crisis through corporate disclosure of such information, data, vulnerability analysis, and regulatory and oversight tools.

In April, the Basel Committee on Banking Supervision (BCBS) of the Bank for International Settlements, a Geneva-based institution that groups central banks from around the world, published two reports on climate risk drivers and their transmission channels to the banking system, as well as financial risks and banking practices in the face of these risks.

In this region, only the central banks of Argentina, Brazil, Chile, Colombia, Mexico and Peru belong to the BCBS.

In “Climate-related financial risks: a survey on current initiatives”, carried out in April 2020 and to which only Argentina, Brazil and Mexico responded from this region, the majority of Basel Committee members considered it appropriate to address climate risks.

Most of the central banks that responded stated that they had conducted research to measure these threats but less than half had established guidelines in this regard or were in the process of doing so, without calculating their mitigation in bank capital requirements.

The Basel Committee includes 45 members from 28 jurisdictions, including central banks and industry regulators. It also has nine observers.

In addition, the Financial Stability Board, which brings together financiers, insurers, large non-financial corporations, accounting and consulting firms, as well as credit rating agencies, has created a Task Force on Climate-related Financial Disclosures (TCFD).

This group aims to make recommendations that promote informed investment, credit and underwriting decisions, as well as to help stakeholders better understand the concentration of carbon-footprint assets in the financial sector and the system’s exposure to climate risks.

It has issued recommendations on governance, strategies, risk management, metrics and targets, and plotted four scenarios based on a rapid energy transition, a two degree Celsius global temperature rise and a path of climate inaction, estimating transition and physical risks, respectively.

The Paris Agreement was signed in the French capital in December 2015 at the conclusion of the 21st Conference of the Parties (COP21) to the United Nations Framework Convention on Climate Change, and its core objective is to keep global temperatures from increasing more than 1.5 degrees Celsius.

This goal is considered to be the minimum necessary to avoid irreversible climatic and, consequently, human catastrophes.

But to achieve this, greenhouse gas emissions must be cut by 50 percent by 2030, and to reach this goal it is essential to curb the extraction and burning of fossil fuels.

Against this backdrop, at least four global voluntary standards initiatives on sustainable finance are underway. The most recent is the Net-Zero Banking Alliance, launched in April, which includes 53 banks from 27 countries whose total assets amount to 37 trillion dollars, almost a quarter of global banking assets.

But the banking and financial system continues to provide funds to the fossil fuel sector, especially gas, whose methane makes it even more polluting than carbon dioxide (CO2).

For Zugman, the solution is clear: outlining a classification of activities that excludes fossil fuels from financing.

“We have only seen some promises and agreements, but for 2022 or later. There are no timelines, clear goals or transparency that would enable us to monitor this. There are many mechanisms that need to be improved,” he said.

“Industries don’t want to leave their activities behind. They put a lot of pressure on governments and bank executives. We need to show more clearly what is happening in terms of climate risks, the losses that governments and central banks could suffer if we don’t curb the climate crisis,” he said.

The activist lamented that banks continue to lend to fuel the climate crisis and insisted that they should no longer do so.

However, he pointed out that there are multilateral entities, such as the International Monetary Fund, the World Bank and the Inter-American Development Bank, that have incorporated climate risks in their assessments of global financial stability and in their credit lines.

From 2022, the Organisation for Economic Co-operation and Development (OECD), which groups the world’s richest economies, will use a tool to monitor climate and transitional financial risks towards a low-carbon economy, as well as their potential impact on financial performance, natural capital and sustainable growth.

The question is when these tools will translate into concrete measures to stop the financing of polluting activities, while the climate emergency continues to wreak havoc in the region.

The central banks of Latin American countries should decisively join these policies to work from the financial sector to contain the climate crisis, said Zugman.