NEW DELHI, India, Sep 9 2021 (IPS) - Wagma Saad, is an Internationally Trained Medical Doctor (ITMD) from Kabul Medical University, Afghanistan, currently living in Canada with her family. Saad graduated in 2016, an education that didn’t come easily to her. With numerous restrictions, blocks and challenges placed at every step, fighting numerous social and political battles, she chased her passion for science and medicine, and after seven years at medical school, she finally got to call herself a doctor. 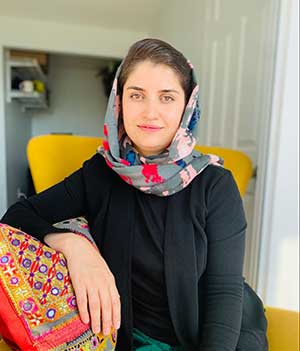 “The time in Afghanistan around the early 2000’s was not very easy, and my parents went through a lot, fought a lot, just to be able to provide me with an education. I think they did a great job in enabling me, and because they took all kinds of risks, it’s also an important point and chapter in my life. I joined medical school in 2009 and completed seven years of my education and finally became a general practitioner.

“Back in Afghanistan, I worked for an under-served community, taking care of the elderly, pregnant women and often performed small surgeries. In 2016, I moved to Cananda for a better life with my family, a country I thought which had no place for discrimination based on gender, race, language or origin,” says Saad.

Canada has been extremely generous with its invitation and open calls currently for resettlement of individuals from Afghanistan, but for individuals like Saad, who left Afghanistan for a better and a safer life, just a few years ago, due to the ongoing conflict, political instability, and also mostly because they simply wanted a better life, Canada has been a disappointment and a challenge. “Despite so many risks and restrictions placed towards women in Afghanistan, I had a chance to pursue my higher education, however, I never imagined all the struggles I would face once I migrated to Canada,” says Saad.

“My friends warned me about the difficulty of entering into the Canadian medical system, and I realized that Canada has worked very little in integrating ITMDs into its health care system. I am unhappy about the system and the discrimination we face,” says Saad.

Canada currently has more than 13,000 ITMD’s, and one of the key challenges for ITMDs remains cost associated with licensing examinations, the CaRMS application process is often a barrier for newcomers. According to this report, 47 % of foreign-educated health professionals are either unemployed or employed in non-health related positions that require only a high school diploma.

“When I first started preparing for my MCCEE exam in 2017, I had no idea about so many things, we were not provided or given any study materials, English is my second language, and with no clear guidance or preparatory materials given to us, I simply started preparing on my own. I passed the exam with a low score, not because I have no medical knowledge, but because there is no guidance provided to us on what the MCCEE exam is about. The pathway for ITMDs is uncertain and very challenging,” says Saad.

On the other hand, under very rare and tough circumstances, 30 year old India born and raised in Zambia, Dr. Meenkashi Gupta has been amongst the few ITMD’s who managed to get their residency. Gupta says, “When I first moved to Canada, I met a few senior professionals in Toronto, and initially everyone did scare me, and warned me that only 2-5% International Medical Graduates (IMG’s) get residency, and that it is a very tough path, especially if you have graduated a while back. I completed my medical school in 2012, and then I did my internship, followed by an internal medicine residency program which I completed in 2018.

“I knew I had to write the Canadian licensing exams, but what really frustrated me was the negativity. I wish there was a system in place, people who could guide me, and tell me what I had to do, how to prepare for those exams and enable us to get into residency, rather than saying it’s not possible. As an IMG, I don’t mind putting in the work to get into residency, but not being allowed to do that due to preconceived notions, such as, we are here in Canada to take jobs from others, is very disheartening and discouraging,” says Gupta.

“I have just been lucky to have friends who helped me endlessly during the nights when I was working on my applications or just helping me relax when I used to get frustrated. I moved to Canada in January, 2019 for a better future, so that I would be able to sponsor my parents, and provide them with a good quality of life that I know they deserve. Getting into residency is just one step. There is still a long journey ahead, as an IMG and as a single female,” Gupta says.

Dr. Bhuiyan also a signatory of an open letter written by the Ontario Council of Agencies Serving Immigrants (OCASI), members of civil society organizations and other groups have called on the federal party leaders to address long-standing licensure and employment barriers facing internationally educated health professionals, and asked them to commit to Canadians in the 2021 federal elections.

Canada is at the brink where it has the opportunity to tap into its resources, and utilize all the skills and talent it has available to it. Canada has the potential to create an impact in the country’s economic prosperity and influence investment priorities, but also re-think its ideas on truly being an inclusive country, a home to hundreds and thousands of immigrants like Saad and Gupta, who moved for a better life than what they left behind.