Mariela Jara interviews GLADYS ACOSTA, Chair of the CEDAW Committee. This article is part of IPS coverage of the 16 days of activism against gender-based violence that began on Nov. 25, International Day for the Elimination of Violence against Women, and end on Dec. 10, Human Rights Day. 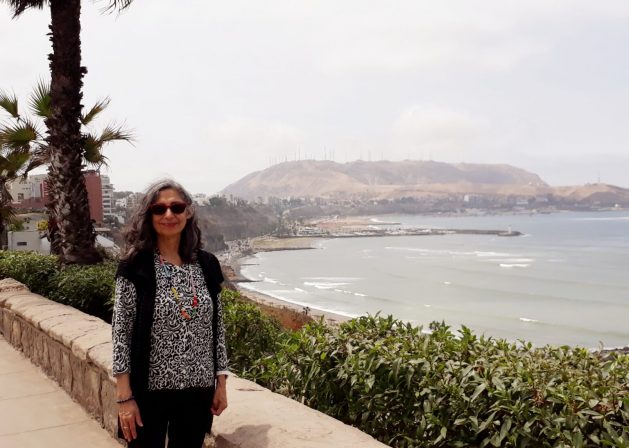 Gladys Acosta, a Peruvian lawyer and sociologist who is the chair of the CEDAW Committee, considered the fundamental charter of women's rights in the world, stands on a stretch of the Costa Verde boardwalk in Lima after her interview with IPS. The Convention celebrated its 40th anniversary in September 2021. CREDIT: Mariela Jara/IPS

LIMA, Dec 10 2021 (IPS) - “The level of injustice in the world cannot go on like this…I am not pessimistic about the future,” said Gladys Acosta, president of the CEDAW Committee, in an interview with IPS in the Peruvian capital.

The Convention on the Elimination of All Forms of Discrimination against Women (CEDAW) celebrated its 40th anniversary in September of this year as the binding legal tool for women’s rights for all 189 states parties.

Acosta, a Peruvian feminist lawyer and sociologist, chairs the Committee of 23 independent experts with four-year mandates to monitor the implementation of the Convention.

After an intense period of sessions, Acosta is in Lima and will return in 2022 to her duties in Geneva, where the Committee operates, to finish her term. Until then, she will enjoy her view of the Pacific Ocean and the soothing murmur of the waves for a few weeks.

“We are reaching the limit of an era that is in its death throes because the level of injustice in the world cannot go on like this,” said the expert, who has previously held senior regional positions in United Nations agencies.

Among the issues addressed in her conversation with IPS, Acosta mentioned the importance of analyzing gender-based violence as part of the systemic discrimination against women, and said the pandemic is marking a before and after not only in relation to this problem, but also a change of era where the question of caring for people becomes much more of a priority.

IPS: Do you consider that the covid-19 pandemic marks a before and after in relation to discrimination against women, a step backwards in terms of achievements? Is it possible to make this interpretation?

GLADYS ACOSTA: I think that this will be the case for everything, not just for women, discrimination or human rights; I dare to think that it will be seen as a change of era. We are coming from an era with the greatest concentration of wealth in the history of the world, with a population in growing poverty, which is reaching unsustainable levels.

It is very important to develop this awareness, because we have been sold the idea that having money or buying goods is the non plus ultra of everything. We are in a post-neoliberal world and nobody knows for sure how far we have come, but we are at a breaking point because this economy based on the exploitation of territories, of people, of knowledge is a constant illicit appropriation of everything, and today with the pandemic it has come to light that human beings need care.

This has become a central focus and has been put on the agenda; the pandemic has clearly demonstrated that the presence of this virus has been exacerbated in the absence of care.

(Acosta vehemently recalled that many years ago feminist economics proposed that the economic system could not live without women’s work, especially unpaid work. And she called for an analysis of the current situation with fresh eyes and making better connections in order to, for example, “stop looking at the growing problem of violence against women as something dislocated, a loose wheel”.)

When we in the Committee took a position regarding Nov. 25 (International Day for the Elimination of Violence against Women), we saw that three forms of violence have been exacerbated: femicides, domestic violence and violence online, which has become widespread.

So, yes, there are some new things, but it is very clear that we have not resolved the basic forms of discrimination that are at the basis of society, which include social, political, economic, racial and cultural violence – and in places where there are castes: caste-based violence. There is a discriminatory base that is at its peak and I think it is a serious moment of very unequal and very unjust power relations that I view with great concern.

IPS: At the moment you describe, there is resistance put up by different population groups – young people, feminists, indigenous people – but it is difficult to bring them together in a concerted effort, as seen in Peru and other Latin American countries. Is this a great challenge?

GA: We are living in a highly conflictive time, it is not that we are being swept away by a right wing with no resistance. No. We are in a time of open conflict between political sectors, economic sectors, social sectors and there is a very clear resistance. And I am thinking on a global level, more globally as part of the Committee, not only with regard to what is happening in Peru. The environmental crises are very serious and covid has to do with that.

This is not an epidemic that can be seen as detached from human aggression against nature. Environmental crises accelerated in the twentieth century due to the model of industrialization, production and economic development. Now they are trying to reverse the situation, but global agreements are not easy and do not bear the desired fruits quickly because there are enormous economic interests involved.

Interests that are prepared to kill the planet! They say: “What does it matter, in thirty years we won’t be here.” Just like that, with an atrocious pragmatism. And within these environmental conflicts, we women bear the brunt.

Secondly, there is the social conflict that takes place within and outside these circumstances. And there is an atmosphere of conflict, I would say violent, armed, in different parts of the world and it has to do with this madness of arms production, because this is a war-economic model that produces and sells arms left and right.

And the big countries, even those that seem very democratic and progressive – and I say this because I see it in the Committee – are big producers of arms and sell them to countries that have conflicts and this has repercussions on women’s lives.

(Acosta explained that the Committee would address this problem with arms-producing nations and expects the resistance movement to grow. “The problem I find is that this perversity in the economy is unfortunately linked to a dominance in mass media and with a top-level technology. And I think that these elements, which are more macro, have to be included in the analysis of women’s issues”.) 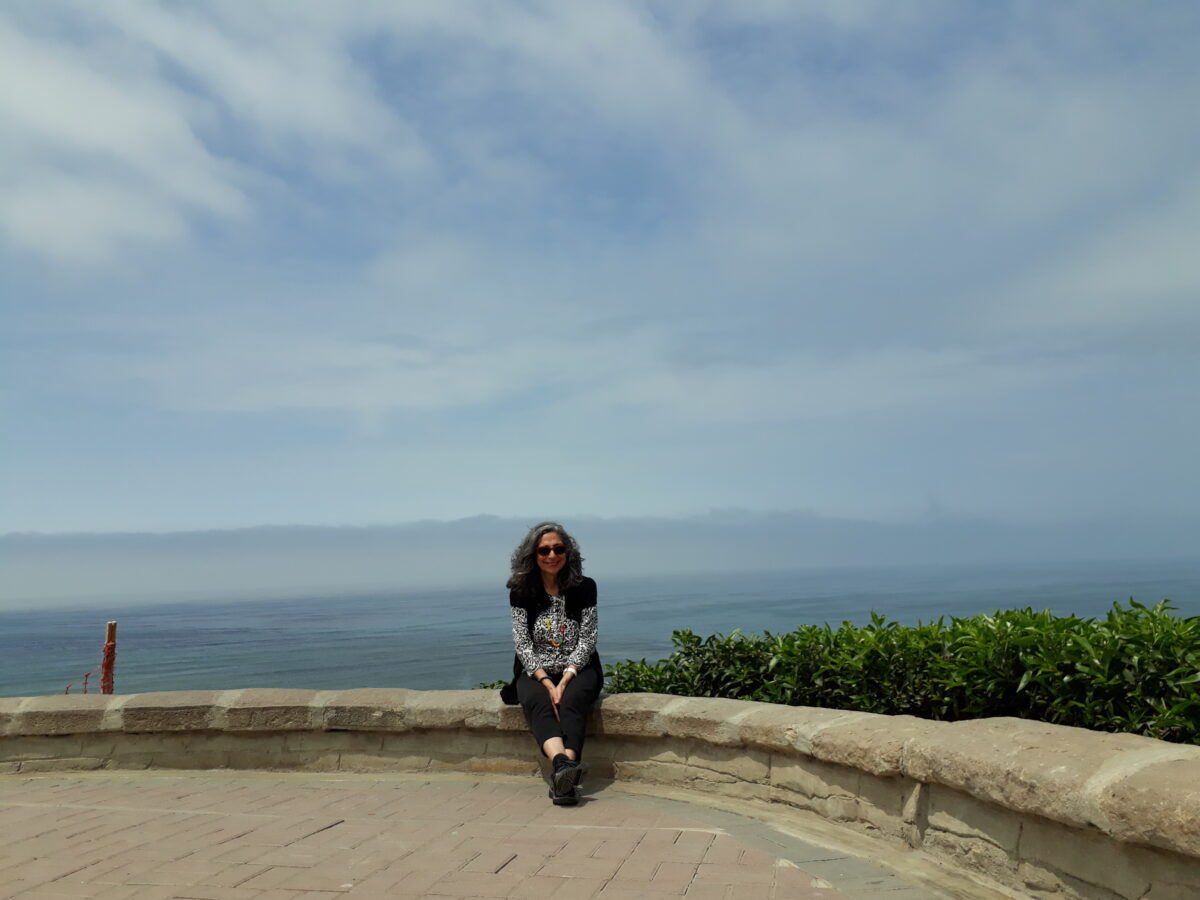 Gladys Acosta sits on Lima’s malecon or boardwalk after an intense year as chair of the CEDAW Committee, made up of 23 independent experts who monitor compliance with the Convention against all forms of discrimination against women. CREDIT: Mariela Jara/IPS

IPS: Ecofeminists warn of the risk to the sustainability of life, indigenous peoples warn of the threat to nature as long as there are weak or complicit States. How does the Committee contribute to this reflection?

GA: First of all, States still exist. Although the economic power of transnational corporations is enormous, this is the sphere in which we move, we discuss with the States Parties, of which there are 189 in this Convention, in an interesting dynamic of pressure to respect international human rights standards, among which international standards for the protection of women’s rights are very important.

Women’s rights have an enormous connection with the sustainability of life, but not from an essentialist point of view. You brought up the issue of indigenous peoples and it seems to me that in many ways we are discussing a general recommendation on the rights of indigenous women and girls. There is an ancestral indigenous wisdom, especially that of women, which must be protected in a more effective sense.

There is an enormous knowledge about nature, food, seeds and seed reproduction; knowledge about how nature is suffering – they know the symptoms of this suffering and how we could do things differently. It is knowledge that has been handed down through the generations and that fortunately still exists and must be protected.

IPS: In another interview with IPS, in 2009, when you were regional representative of the predecessor organization of UN Women, you said that policies should not see women as a vulnerable sector; do you think there has been progress against that vision described as paternalistic?

GA: I would say there are both. It seems to me that the mobilization today in the world in favor of women’s rights is much more powerful, broader and more political. I think that in different countries you find everything, equality policies that have been very positive and that have opened the way for greater respect of women’s rights and greater access to education, university and work.

I would even say that the issue of parity has advanced despite the fact that something that worries me is also appearing, which is that some very retrograde sectors are taking advantage of the issue and want to make it their own when in reality the only thing they are looking for is more power for themselves. Women end up being nothing more than decorative elements within their political stance.

(Acosta highlighted in this context the emergence of younger movements, of young people who demand more power, and who have more vision about which direction to take than adults and older people, and said she had confidence in these movements, while clarifying that she meant the ones that take a “critical stance”.)

That is why I am not pessimistic about the future. I am very critical and pessimistic about what is happening today, but I do not think that this will remain the same. That is why I say that we are reaching the limit of an era that is in its death throes because the level of injustice in the world cannot go on like this.

This is going to explode and hopefully the damage to people will be minimal. But I know that the level of conflict will not remain unchanged.