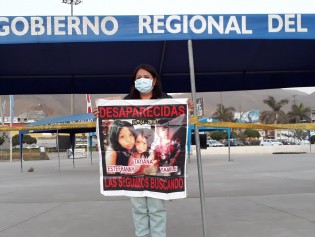 By Mario Osava
Crime, a key issue in far-right President Jair Bolsonaro's election in Brazil, has a dimension that is gaining in visibility and could turn against his government: gender violence.

By Daniel Gutman
In January 2008, Rosana Galliano was shot to death in Exaltación de la Cruz, a rural municipality 80 km from Argentina’s capital, Buenos Aires. Her ex-husband, José Arce, who was sentenced to life in prison, had hired hitmen to kill her.

By Fabíola Ortiz
The number of femicides – gender-related murders – in Brazil has reached civil war-like proportions. In just 10 years 40,000 women were killed in this country merely for being women.

By Edgardo Ayala
Several brutal, high-profile murders of women in the last few weeks in El Salvador are just the latest reminder that this is one of the countries in the world with the highest number of femicides, the term used to describe the killing of women because they are female.
Next Page »
ADVERTISEMENT ADVERTISEMENT