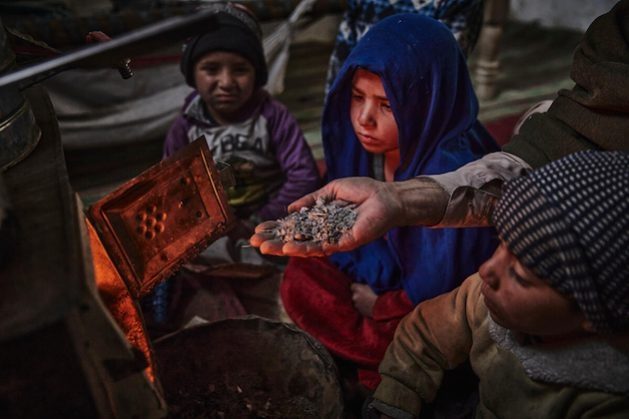 Gul Khan*, 53, alongside his children and grandchildren, adds a handful of plastic to the stove in their home in Kabul. Gul Khan* has five sons and two daughters, and two grandchildren. They fled their home in Nangarhar province three years ago. All the children are now in school and Gul Khan and his 26-year-old son work as day laborers. Life is a struggle and winter is the hardest time. “In summer we only have to worry about food,” said Gul Khan. “But in winter we have to worry about finding fuel to burn, fixing the heating system, falling down on the ice when collecting water.” *Names changed for protection reasons. Credit: UNHCR

GENEVA, Jan 11 2022 (IPS) - UN agencies have asked for a record USD 4.4 billion in aid for Afghanistan to avert a full-blown humanitarian crisis that could see hunger, distress, and death and a mass exodus of people from the country.

The agencies OCHA, UNHCR, and their non-governmental organization partners launched their 2022 Humanitarian Response Plans to provide relief for Afghanistan and the region on Tuesday, January 11, 2022.

Speaking at a press conference in Geneva to launch the relief plans, UN Under-Secretary-General for Humanitarian Affairs and Emergency Relief Coordinator Martin Griffiths stated that this is the “largest-ever appeal for a single country for humanitarian aid”. 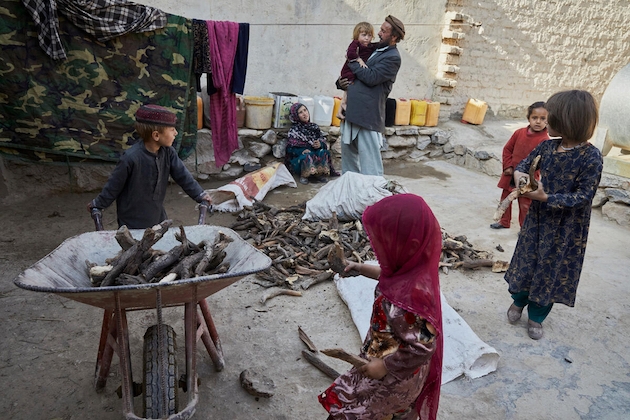 Mullah Ahmed* and his children unload firewood that he bought after receiving a cash payment from UNHCR to help his family meet their winter needs. One thousand vulnerable families in the Afghan capital have received cash assistance. Mullah Ahmed, his wife, and their nine children fled their home in Jalalabad four months ago and now live in a house in Kabul that was abandoned by its owner who fled the country during the Taliban takeover. “The cash assistance is very important because my work stops in winter as there is no construction,” he said. “So we need it to buy food and also warm clothes for the children.” *Name changed for protection reasons. Credit: UNHCR

“Events in Afghanistan over the past year have unfolded with dizzying speed and with profound consequences for the Afghan people,” said Griffiths. The world is perplexed and looking for the right way to react. Meanwhile, a full-blown humanitarian catastrophe looms.”

These humanitarian and refugee response plans aim to provide vital humanitarian relief to 23 million people in Afghanistan. They will also be provided to 5.7 million Afghans displaced in local communities in five neighboring countries: Iran, Pakistan, Turkmenistan, Tajikistan, and Uzbekistan.

Funding will be required from donors. The Afghanistan Humanitarian Response Plan has requested USD 4.4 billion. If funded, this is expected to support aid organizations to ramp up the delivery and output of health services, education, protection services, food and agriculture support, and access to clean water and sanitation.

The Afghanistan Situation Regional Refugee Response Plan alone will require USD 623 million in funding for 40 organizations that provide protection, health and nutrition, shelter and non-food items, livelihoods and resilience, and logistics and telecoms, among other necessary services.

Griffiths was describing the ongoing humanitarian crisis overwhelming Afghanistan. In 2021, it faced increased disruptions to services and struggled to meet its population’s needs.

Its economy has suffered dramatically due to the freezing of assets in central bank reserves, the disruptions in markets, not to mention the sudden pause in international development assistance, upon which many basic social services are dependent. Severe climate-induced problems such as the harsh winter season and one of the worst recorded droughts in the country’s history have only exacerbated poverty among its citizens. Twenty-three million people are at risk of acute hunger.

UN High Commissioner for Refugees Filippo Grandi remarked that the international community must take the steps needed to “prevent a catastrophe in Afghanistan, which could not only compound suffering but would drive further displacement both within the country and throughout the region.”

“It is key not to forget that there is a regional dimension to this crisis,” he said. “Not only Afghan refugees but the people who have been involved in hosting.” 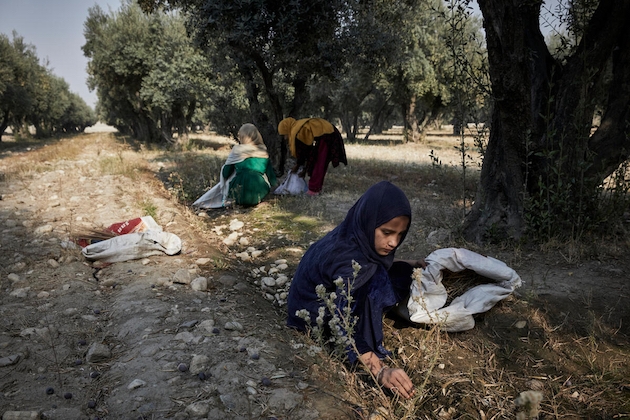 Neighboring countries currently host 5.7 million registered refugees from earlier waves of forced displacement. Iran and Pakistan account for 2.2 million Afghan refugees. While they have implemented inclusive policies in education and healthcare, the COVID-19 pandemic has compounded the countries’ own needs, which presented challenges to these governments to continue their policy of inclusion.

The UNHCR Plan will directly support 40 partner organizations working in the region to provide emergency relief, health and social services, education, and protection to refugees and host communities. It is also estimated to work closely to improve the livelihood and resilience of the Afghans, particularly to those who are more susceptible to exploitation or abuse when crossing borders.

One of the target goals addressed in the press conference was to ensure the country’s stability by supporting efforts to rebuild the economic and social structures.

“The key here is to stabilize the situation inside Afghanistan, which includes the people who are displaced,” Grandi said.

Griffiths also remarked it was crucial to invest in services and structures so that the country is eventually “secure for those [Afghans] who have been displaced to return to their homes”.

The UN leaders expressed hope that the relief plans would accomplish their target goals with the requested funding.

The Taliban’s takeover in August 2021 contributed to the decline in the economy and the freeze in international development assistance. It has threatened to undermine services, further undermining the development gains made in the last two decades. Education has been used as the prime example, with the concern over girls being allowed to return to schools or return to mixed classes with boys.

There is concern about the Taliban’s involvement with the relief plans. However, Griffiths stated that the partner organizations in Afghanistan, almost all NGOs, would “receive the money directly”, including programs that would directly pay frontline workers in the health and education sector.

Grandi remarked that their UN colleagues in the field were in talks every day with the Taliban, who have been open to discussing the scope of these programs, stating: “Humanitarian assistance… has created a space for dialogue.

“It’s that space we need to preserve… that then can be developed and make room for stabilization.”

Open dialogue between the international community and the Taliban would be needed to provide immediate relief to Afghanistan and the region, eventually paving the way for stabilizing the region and alleviating its dependence on donors. In this spirit and the palpable urgency to protect the people of Afghanistan, UNCHR and OCHA are launching their plans for 2022.

When asked at the conference what would happen to Afghans if they did not receive the required funds, Grandi said that if the country’s humanitarian system collapsed, it would likely result in a mass exodus of peoples into the neighboring states and beyond. “We will need that solidarity in those neighboring countries because they will be the first ones hit.”

Griffiths added apart from seeing “hunger, distress, death, despair, at the family level… we would be robbing the people of Afghanistan of the hope that their home is secure and that they can spend the rest of their lives here.”