An International Treaty on Pandemic Prevention? 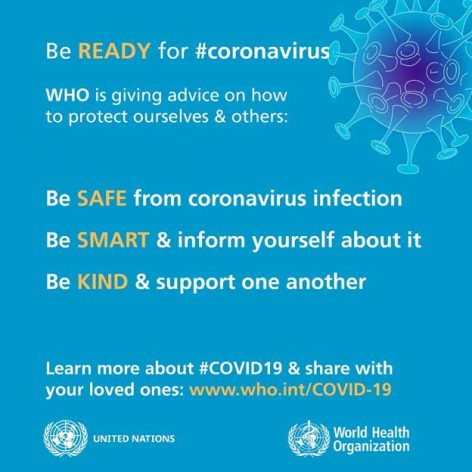 KATHMANDU, Nepal, Feb 10 2022 (IPS) - The global consensus about an international treaty on pandemic prevention is certainly a milestone towards the creation of a global health security framework.

A new treaty is likely to bind the member states to higher standards of compliance, especially if a global accountability mechanism is also enforced.

Consider the disregard towards the International Health Regulations (2005), IHRs, the only tool available to control what in jargon is referred as a Public Health Emergency of International Concern (PHEIC).

Despite numerous review exercises, some of which taken more than a decade ago in the aftermath of the first SARS outbreak in Asia and again after EBOLA hit Western Africa, the vast majorities of these regulations were not enforced in the following years.

The consequence is that we are still paying the price and very dearly.

Though the negotiations on the treaty details, especially the complex aspects of its binding legality, won’t be a cakewalk, such tool can offer a strong bulwark against future lethal cross border infections.

Yet a global treaty won’t be nearly enough alone to guarantee a pandemics free future.

What missing is the willpower to truly link preparedness and basic health care, something that is complex and very expensive at the same time.

A real breakthrough in the global health system will be seen when a new willingness is found unprecedented levels of basic health financing around the world, especially in the developing nations.

We need massive investments in building national health systems able to provide what it is normally referred as Universal Health Coverage, defined by the WHO, as access to a broad range of services, which would include the services that contribute to preparedness to future pandemic

If new resources are essential, the capacity of managing them properly is equally important so that the weakest member nations of the United Nations can strengthen their health system.

Unfortunately, for most of them, there is still a long way to go.

The WHO has a huge responsibility and duty to support such process but so far it failed and with it, the international community.

A different organization, starting from its governance, might instead radically change the status quo and enable the creation of trust that essential if we want more money to build national public health system based on equity.

In the case of the IHRs, it is true that primary responsibility of enforcing them lays with the member states, the WHO is the guardian and at the same time a key enabler in their implementation.

A stronger WHO could have done more not only to compel governments towards the implantation of the IHRs but also to be more effective in partnering with developing countries in rebooting their national primary health care centers and hospitals.

Instead, the agency’s reputed failures since the first outbreak of SARS in early 2000s showed the inability of a too complex and too political organization without adequate means.

That’s why we need to ensure that the WHO can play a much bigger role: not in replacing the ministries of health in the developing world but in supporting them in building equitable health systems.

For this to happen we do not need the WHO to be re-tooled and re-purposed but also re-founded.

The focus on the new treaty should not prevent drastic changes in how public health services are delivered in the developing nations and a lifting any “red line” in re-thinking the WHO.

Since 2017, Dr Tedros Ghebreyesus, its current Director General, embarked the organization into a process of key changes but these improvements, important as they are, do not go far enough.

What we need is a radical turnaround.

Following the Covid-19 pandemic, again new proposals have been made to strengthen the organization.

A lot of emphasis has been laid on increasing the predictability and availability of unmarked resources, so called of “Assessed Contributions”, rather than having, as happens now, a WHO totally relying on voluntary contributions from donors that so far constitute the vast majority of the resources it manages.

Such contributions are driven by interests and priorities of the donors rather than those of the agency.

A balancing in the budget contributions of the organization might surely help but at the same time it might be worthy reflecting that some of the most results-oriented agencies within the UN System are entirely dependent on such voluntary contribution.

This for example is the case of UNDP and UNICEF, the strongest and richest agencies within the UN System. Perhaps the real problem is not the lack of resources in itself but the politicization of an organization that is basically owned by its member states, the governments.

The same could be said for UNESCO.

It is not a coincidence that both agencies share low budgets and are among the weakest among their peers.

At UNICEF, for example there is nothing akin to the role played by the World Health Assembly that effectively controls the WHO.

The governance there is totally different and it is led by an Executive Board representing the member states that though, have considerable sway over the management of the agency (that’s why the Executive Director is always an American), it is less politicized and less controlling than an assembly of member states.

Perhaps what we should have is a global fund for public health more similar in its governance and delivery to UNICEF.

Such radical transformation, improbable at the moment, might be instrumental in truly rebuilding from scratch the WHO and instrumental in turning it into a much more effective agency with less competing centers of powers like is happening now with what are de-facto semi-independent regional offices.

As consequence a new organization branded as the Global Fund for Public Health could attract the huge investments that developing countries need to build strong and resilient health system, insuring Universal Health Coverage for all their citizens.

So far donors have been too narrow and selective when focusing on public health.

For example, the focus has been on prenatal and postnatal care, reproductive health, all very important domains of public health.

Yet such narrow focus on these areas through a silos approach prevented investing into creating, in partnership with the developing countries, reliable and equity-based health systems at disposal of the public.

Let’s not forget what the Secretary General said back in 2016 Seventieth session Agenda entitled “Strengthening the global health architecture” dedicated on strengthening of implementation of the recommendations of the High-level Panel on the Global Response to Health Crises Report, one of the several published so far to retrofit the health system to deal with global pandemics.

“I believe that WHO needs to reposition itself as an operational organization, clarifying its reporting lines and adjusting its business processes so that it can perform its operational role most effectively during times of health crises”.

Moreover in 2016 the Commission on a Global Health Risk Framework for the Future argued that “public health is the foundation of the health system and its first line of defense”.

For this to happen we need a new WHO and such a new organization could create the trust for an unprecedented mobilization of funding in public health, resources that World Bank and other regional banks and donor agencies should disburse.

Both Indonesia and Germany, respectively guiding this year the G 20 and the G 7, expressed a strong commitment to reform the global health system.

A narrow focus on a pandemic preparedness treaty would be a miss opportunity to truly revolutionize global health governance and with it, reset and transform the WHO.

Simone Galimberti is the Co-Founder of ENGAGE, an NGO partnering with youths living with disabilities. Opinions expressed are personal.