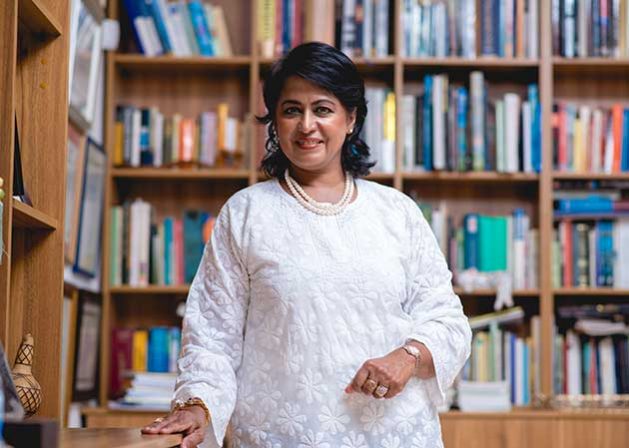 PORT LOUIS, Mauritius , Mar 3 2022 (IPS) - When countries improve their Global ranking, there is rejoicing within the community that progress has been made at last.. but has it and why does it matter ?

Unfortunately, upon careful analysis of the World Economic Forum predictions, the world will not reach gender parity until the year 2156 – date pushed back by another 36 years as a result of the pandemic. We can take comfort in the fact that the WEF prediction is based on a straight-line extrapolation of the trend over the past fifteen years into the future. What is perhaps of greater value is the collection and aggregation of the range of indices on gender equality from around the world, from education to wages, health and politics. On the latter field, the news have been disappointing. While some countries like Iceland have been closing the gap, others like Japan lag way behind.

Yet, progress has come from unexpected quarters – unexpected because the ingrained stereotype would have it that the Arab world would not allow female presence in politics. In 2019, the UAE’s Highness Sheikh Khalifa bin Zayed Al Nahyan, issued Presidential Resolution No. (1) ordering equal representation of Emirati women in the Federal National Council. This decision saw female representation jumped from 23% in 2019 to 50% today.

How to handle this disparity? Is it time for quota? Also why do we need female representation at all? This is a question that the developing world no longer asks especially when it comes to issues like food security, climate change amongst other issues. At COP 26, the link has finally been made between gender equality and climate change.

It has been said time and time again that the effects of climate change put women at increased risk of hunger, food insecurity and violence. This threatens women’s income, health and way of life. Women feed their families and are the prime caregiver especially in developing countries. Entire households depend on them to provide food, fuel and water which is expected to become scarcer as temperature rise.

Women’s ability to financially provide for themselves and their families will also be affected and they make up 70% of the 1.3 billion people living in poverty. In Southern Asia and sub-Saharan Africa, over 60 per cent of women are employed in agriculture, often in labour-intensive activities, unpaid or poorly remunerated. In sub-Saharan Africa, women comprise 30 to 80 per cent of the agricultural labour force, and produce about 4-25% less in the value of agricultural produce per unit of cultivated land than their male counterparts. The gender gap in agricultural productivity exists because women often have unequal access to crucial agricultural inputs such land, labour, knowledge, fertilizer and improved seeds. This has implications for the income, health and nutrition of both women and children.

Also 70% of the women work in the agricultural sector which stands to be devastated from increasingly unreliable weather and increased intensity and regularity of extreme weather events and by way of example, the island of Madagascar has witnessed four large and intense cyclones since early 2022.

The chances of women escaping the situation is bleak. As the effects of climate change intensify, the opportunities for women to gain the resources, skills and education may fall out of reach. It was expected that in 2021 alone, climate-related events would prevent at least 4 million girls in lower-income countries from completing their education. If current trends continue, that number will reach 12.5 million by 2025.

However, tackling climate change to resolve these issues will not be impossible if women are not empowered to be included in the discussions and, more importantly, the decisions. As key contributors to communities, as carers and activists, as well as in local food systems and in the home, women are in a unique position to drive longer-term climate resilience.

Yet, women continue to be marginalised. Women make up only 19% of IMF and World Bank boards and less than 30% of national parliamentarians. The gender pay gap also continues to be an issue. Worldwide, women share 35% of the global income, an increase of only 5% since 1990. The responsibility and opportunity to tackle gender inequality and climate change lie in the hands of both governments and the private sector.

Funds pledged at COP26 will go towards local communities and grassroots women’s groups in Asia Pacific to challenge gender inequalities, and to help adapt to the impacts of climate change. Given the urgency and magnitude of the global challenges that face the world, we must do better at harnessing the leadership, ability and aptitude of women, recognizing their unpaid care and domestic work, and ensuring gender-responsive economic policies for job creation, poverty reduction and sustainable, inclusive growth.

All institutions have their role to play. Private companies can tackle issues both externally and internally. Internally, they can work on the changes of the gender split in board rooms, correcting the gender pay gap, working to end discrimination, and creating a work culture that empowers women.

Externally, companies can invest in projects that directly support the development of women as well as form partnerships with charities and communities to give girls and women the education, skills and opportunities they need to succeed.

The more we talk about these issues, the greater the awareness there will be.

Greater awareness means there is more we can do, together, to address these pertinent issues and no matter how small the actions, they can build momentum until they have a positive impact for women and girls around the world because empowering women is no longer just an ethical issue. It is now an economic one. Economic gender parity ensure gains not only for economies of both developed countries and developing countries.